Alongside Gillian Jacobs and Phoebe Robinson, the new comedy offers further proof that lady-centric comedies are finally getting their due. 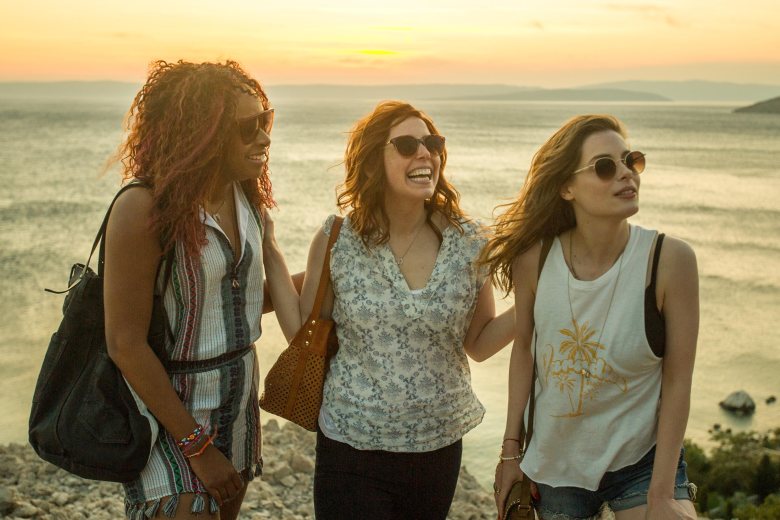 Fifteen minutes into Alex Richenbach’s “Ibiza,” Vanessa Bayer breaks out into the first instance of its well-executed physical comedy. The “SNL” stars jumps onto a plush hotel bed to let out the first of many “woooooo!”s that punctuate the film’s script, before giving way to an unexpected result, which Bayer and company milk for every single laugh. The set-up is the kind we’ve seen many times before, but while the hilarity of the moment initially seems indicative of just what Bayer is about to bring to the table, it eventually reveals itself to be emblematic of the film itself: familiar trappings, gussied up with a fresh script from screenwriter Lauryn Kahn.

That script, first sold way back in 2014, recalls similar films — the comparisons to “Girls Trip” are inevitable, but it also shares DNA with films like “Bridesmaids” and “The Sweetest Thing.” The logline of the film — originally titled “I’m In Love with the D.J.” — isn’t heartening, as “Ibiza” follows somewhat awkward career girl Harper (Gillian Jacobs) on an ill-fated work trip that turns into an excuse for her to party it up with her best pals Nikki and Leah (Bayer and Phoebe Robinson) as they pursue sexy celebrity D.J. Leo (Richard Madden) to the eponymous party spot. It’s derivative, and by focusing on the story of a woman who abandons her whole life for one guy, somewhat problematic upfront. Nevertheless, “Ibiza” smartly plays with narrative expectations to deliver a film that’s both very funny and filled with genuine girl power.

Richenbach’s film makes the case early on that Harper’s life isn’t that great, opening the film with Frank Sinatra’s “New York, New York,” playing over a series of everyday indignities that she must endure, from a gross subway ride to a workday stuck in a cubicle chattering about the possibilities of Instagram marketing with various Real Housewives. Things start to look up when her crazy boss Sarah (Michaela Watkins, reminding us why she needs to be in more stuff) dispatches her for an important business meeting in Barcelona, tasking Harper with pitching a horny group of sangria execs on their publicity firm. She’s got three days, and damn if her best friends don’t also want to tag along, mainly with the intent to “woooooo!” it up while also aiding a struggling Harper.

It’s the stuff of plenty of raunchy movies about girls gone wild, and Harper, Nikki, and Leah do not disappoint when it comes time to get down with drinking, drugging, and meeting up with cute dudes to their hearts’ content. But Kahn’s script stays firmly focused on their funny, believable bond. Jacobs, Bayer, and Robinson are a wicked trio, and they demonstrate zippy chemistry throughout “Ibiza,” despite a script devoid of backstory regarding just about everything, including the origins of their friendship. While other films of its ilk often lean on internal drama between friend groups to fuel their second halves, “Ibiza” never does, keeping its BFFs strong, supportive, and loving, even in the face of crazy twists and turns.

There are, of course, many twists and turns, as Harper decides to abandon her lucrative business meetings (and, yes, one of those execs is indeed quite horny, and his interactions with Bayer are funny enough to inspire their own film) to chase Leo to Ibiza, intent on having the kind of experience she often runs from. Madden, best known for his work as the ill-fated Robb Stark in “Game of Thrones,” is an appealing enough distraction, and it’s one more mark in Kahn’s credit that “Ibiza” rejects yet another trope of this raunchy lady genre: Leo is actually a nice person, as are the majority of other crazy characters the gals meet on their quest, including a nutty dancer and a cab driver that would have freaked the heck out of them back in NYC.

It’s as wild and unhinged as the other films in its brethren (the MPAA does not typically rate original Netflix films, but “Ibiza” would absolutely be on the receiving end of an R). However, “Ibiza” subverts plenty of expectations in service to a story that’s both funny and sweet. Plus, there’s nothing quite like the image of Vanessa Bayer throwing herself on to a bed, expecting one result, and getting something entirely different. Such is the drunk joy of “Ibiza.”

“Ibiza” will be available to stream on Netflix on May 25.

This Article is related to: Film and tagged Ibiza, Netflix, Reviews, Vanessa Bayer