The sneaky brilliance of Matt LeBlanc's performance lies in how the actor kept the comedy in "Episodes" even during its darkest moments. 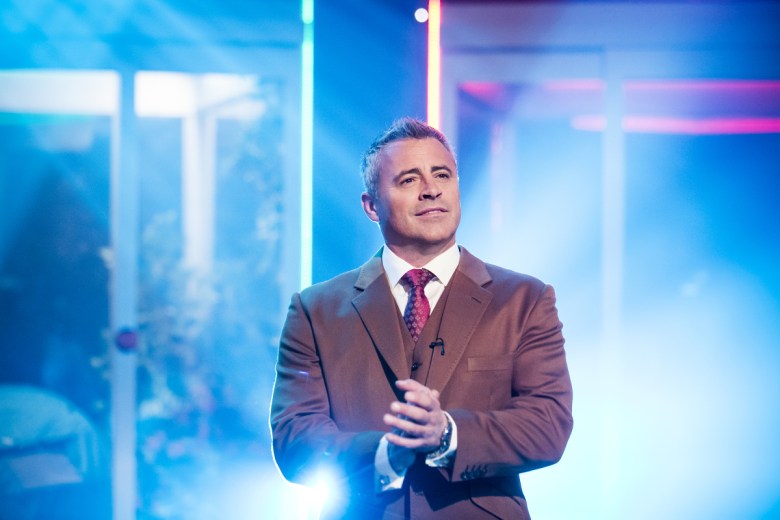 Matt LeBlanc doesn’t think his performance on “Episodes” is brave, and that’s exactly why it is.

“People would say, ‘It’s very brave,’ to which I thought, ‘I don’t know if it’s brave.’ It’s really good writing,” LeBlanc said to IndieWire when asked what viewers’ biggest misconception was regarding his character. “People would ask me, ‘Are you worried people will think that’s what you’re really like?’ And, well, if I do my job right, then hopefully people will think that’s what I’m really like. That’s what an actor’s job is: to make people believe. So I got past that early on because the writing was good, and I didn’t mind being the butt of the joke because the joke was good.”

For five seasons, Matt LeBlanc played Matt LeBlanc. The actor and character shared a name, a similar background (“He was on a show called ‘Friends,'” as LeBlanc put it), and various other characteristics in Showtime’s Hollywood satire, but LeBlanc said, “It’s [clear] his flaws aren’t my flaws.” He approached the role like any other character and did his best to honor what was on the page.

“It was sad to see it come to an end,” he said. “There’s a lot of things that I miss about it. That was a really fun character to play because there were kind of no rules, in a weird way. I miss working with Jeffrey Klarik and David Crane, and I miss the cast — that was a great cast to work with.” LeBlanc also noted how “Episodes” was one of a few half-hour shows that earned its assigned genre.

“So many comedies nowadays, you go, ‘Yeah, I can tell this is a comedy, but I don’t find myself laughing.’ Whereas I think this show was actually funny,” LeBlanc said. “There was some laugh-out-loud, really funny stuff — and some stuff where you’d just go, ‘Are you kidding me? What a lunatic. Who does that?’ There was some jaw-dropping stuff.”

But what “Episodes” — and LeBlanc — really excelled at was blending the two in a way that maximized each. Take a plot line from the final season’s fifth episode: When Matt (LeBlanc) finds out his father died, he tries to expedite his cremation in order to please his mom and his dad’s longtime girlfriend, but he’s told it can’t be done. So he fills a couple of urns he “borrows” from his “props guy” with ashes from his grill, only to later find out his agent pulled a few strings and got the cremation done anyway.

It’s all a bit comical and a bit heartbreaking. Matt seems stunned into service mode where he just wants to please everyone so they’ll get off his back, but lurking under each choice is a lingering tinge of sadness. The steaks he cooks to produce the ashes remind him of his father. The show he’s been trying to come up with turns into a father/son drama. And LeBlanc brings out this complicated mix of humor that’s repressing sadness that’s colored by anger without losing the big laughs or deep sentiment “Episodes” consistently evokes.

“The stuff he deals with with his dad, even though they had a rocky relationship at best, you only get one dad,” LeBlanc said. “I think he’s faced with his mortality in a way; a loss that he’s not felt before. That really sneaks up on him, and he’s really not ready for it. […] That kind of emotion, you hadn’t seen it in the character up to that point — throughout the whole series, really — so to see him arrive at this place unexpectedly and not really know what to do with those feelings, you can see he’s really struggling.”

As one last contrition to his dad, Matt drives to the beach to spread his father’s ashes in the ocean, as he was asked. As he stares into the ocean, tears well up in Matt’s eyes. He’s prepared to do one last nice thing for his father… but then the wind whips the ashes back in his face.

LeBlanc holds that feeling until the very end; you can see the water in his eyes right up until the ashes are thrown against him and he turns away in disgust.

Herein lies not only the courage of LeBlanc’s performance, but the conviction to pull it off. Just when the audience is invited to feel something real for his character, the actor fully commits to a joke that runs alongside that sympathy. He understands the drama and comedy of the moment elevate each other, so he plays each beat all the way through. The arc with his dad doesn’t break the tone of the series; it informs the audience about who Matt is as it keeps them laughing at his unpredictable reactions to death. LeBlanc’s take on Matt is as layered as it is specific.

“He was a guy who did not take responsibility for his actions,” LeBlanc said. “He really didn’t. ‘Did that hurt your feelings? I’m sorry, but let’s move on.’ In a way he was myopic and in a way he was very open to new things.”

[Editor’s Note: IndieWire’s Consider This series is meant to raise awareness for Emmy contenders our editorial staff and readership find compelling, fascinating, and deserving. Running throughout awards season, Consider This selections may be underdogs, frontrunners, or somewhere in between; more importantly, they’re making damn good television we all should be watching, whether they’re nominated or not.]

This Article is related to: Awards and tagged Consider This, Episodes, Matt LeBlanc