"We've all just lived through a year and a half of this insanity," Moore says. "Think of this as the first post-Trump show while Trump is still in office." 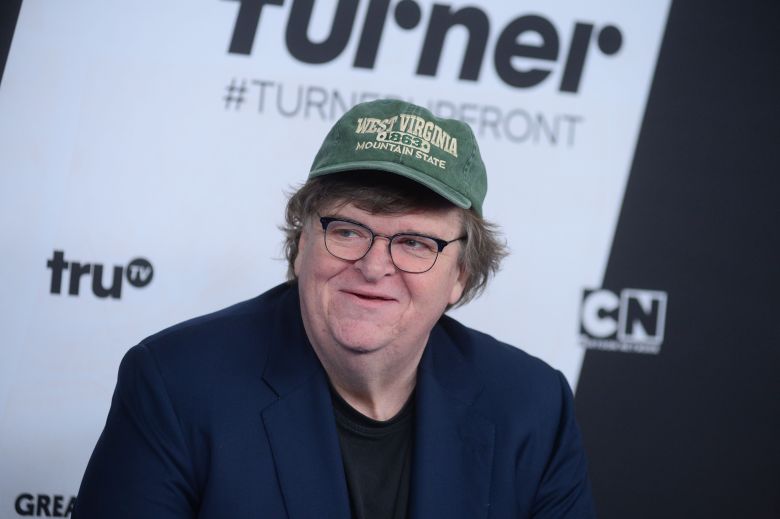 Michael Moore’s long-awaited new series for Turner is finally materializing but with a new name and network. Originally titled “Michael Moore Live from the Apocalypse” and developed for TNT, the show will now go by a familiar name — “Michael Moore TV Nation” — and air instead on TBS.

“TV Nation,” of course, was the name of the Emmy-winning satirical news magazine that Moore created at NBC in 1994.

Although originally titled “Live from the Apocalypse,” Moore told IndieWire on Wednesday, “Then we decided, we’re going to be on the air for five to 10 years. We’re going to outlive the apocalypse, right? Think of this as the first post-Trump show while Trump is still in office.”

The show was originally set to launch last fall, then early this year, but Moore said “TV Nation” will now premiere in October on the eve of the midterm elections.

Development on the show has evolved as the Trump presidency has evolved and impacted Americans, Moore said. “It’s the same show we’ve been planning to do, but, yes, [it has changed] because we’ve all just lived through a year and a half of this insanity. So we’re all changed. You’re not the same person you were a year and a half ago. Because of that. How would we have ever thought that we would say we’re different people because of what some politician did or was?

“Am I the same person I was a year or two ago? No, I’m not,” he said. Many Americans, he added, now feel “anxiety, despair and [are] wishing Melania can come up with an idea. If you get my drift.”

The new “TV Nation” will feature a group of correspondents working with Moore on interviews and pre-tape packages. “I’m always looking for people that are not known but I think are funny or smart and they can communicate with a broad American audience,” he said. “If it can work in Flint or Detroit, it can work anywhere.”

Moore said he’s been given few restrictions by Turner to come up with content for the show. “I’ve been told over and over by the people at TBS, please never think about any network standard or practice,” Moore said. “‘Do what you’ve got to do. Worry about it later,’ but we have been given free rein. I’ve never had that, I’ve never had a network executive say, ‘Go. Do what you do.'” It helps that the original “TV Nation,” which earned an Emmy award, was overseen at NBC by Kevin Reilly — who now heads TBS and TNT as president.

Reilly said the new “TV Nation” will be about “getting people out to be motivated. It’s not hitting the issue of the day and pounding on it. I think we have a lot of really good people doing that in news and comedy. It’s really more about: How do we get out and start a movement?”

As for bringing back the title, Reilly said it was a bit of serendipity: Sony owns the name “TV Nation,” and was willing to trade it quid pro quo with Turner.

Reilly also said the show ultimately moved to TBS as the satirical element of it felt like a better fit with that network, which also airs “Full Frontal with Samantha Bee.”

Moore said he’s finishing up his next film (“Which I can’t talk about yet”) while simultaneously starting work on “TV Nation.” But the topics he’s investigating for the TBS show also remain top secret.

“The things we do involve us finding doors and windows to avoid law enforcement,” he said. “I don’t run as fast as I used to. It’s harder to avoid the people they call and send after us!”

“TV Nation” is Moore’s first regular TV show since “The Awful Truth” went off the air in 2000. As originally announced last year, Turner promised that the “Bowling for Columbine” filmmaker will cover some favorite targets, from Washington politics to Wall Street. At the time, it was announced that Moore would both direct and star in the series, as well as executive-produce with frequent collaborator and Oscar-nominee Meghan O’Hara (“SiCKO”).