It's his fifth consecutive collaboration with Quentin Tarantino. 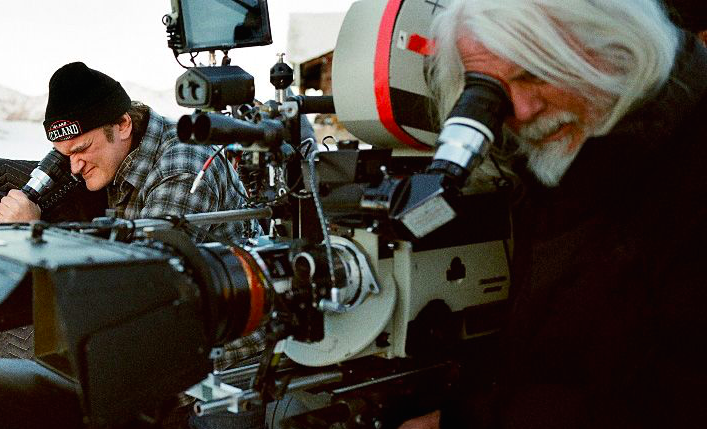 Quentin Tarantino’s highly anticipated (and already controversial) next film will see him teaming up with collaborators new and old, from Margot Robbie and Burt Reynolds to Brad Pitt and Leonardo DiCaprio. A source close to production has confirmed to IndieWire that one of his most important behind-the-camera collaborators is returning as well: cinematographer Robert Richardson.

Richardson has shot each of Tarantino’s last four movies, receiving Oscar nominations for “Inglourious Basterds,” “Django Unchained,” and “The Hateful Eight”; he’s won the award as many times, for “JFK,” “The Aviator,” and “Hugo.” Set in 1969, “Once Upon a Time in Hollywood” stars DiCaprio and Pitt as an aging actor and stuntman, respectively, who try to make their way back into the film industry — and the actor’s neighbor just happens to be Sharon Tate (Robbie). It’s been referred to as Tarantino’s Charles Manson movie, though he himself has said it’s about more than the grisly murders that made Manson infamous.

Tim Roth, Kurt Russell, and Michael Madsen have been cast in the film as well; all have worked with Tarantino before. “Once Upon a Time in Hollywood” is set to begin production this summer and is slated for an August 9, 2019 theatrical release courtesy of Sony.

This Article is related to: Film and tagged Once Upon a Time in Hollywood, Quentin Tarantino, Robert Richardson