The canine bit a crew member, and Perrette was unhappy it was allowed back on set. 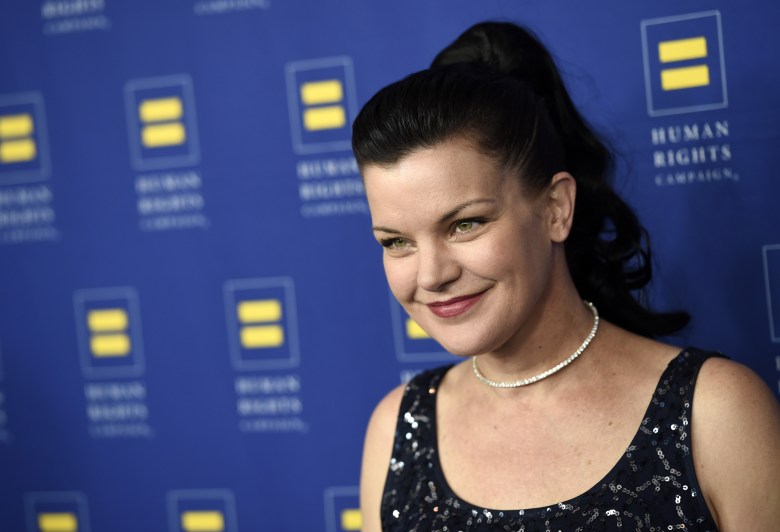 In a series of tweets last weekend, Pauley Perrette said that she left “NCIS” after 15 seasons due to “multiple physical assaults.” CBS responded to the accusations by saying that it “took the matter seriously and worked with her to find a resolution,” and it appears that Perrette’s issue with the production had something to do with a ferocious dog..

According to various reports, the apparent reason for her departure, as well as why she and co-star Mark Harmon hadn’t appeared onscreen together in so long: a 2016 incident during which a crew member had to receive 15 stitches after being bitten by Harmon’s dog. Said canine was allowed to return to the set, which Perrette objected to. The solution was to never have the two actors be in the same location at the same time.

“She did her scenes on one day and he did his work on other days, and they still produced a great show,” an anonymous insider told TheWrap. “It was simply scheduled that they did not work the same days.”

“If he brought the dog to work, he was on a leash or in his trailer. He definitely took steps to make sure that the dog was with him and was not just roaming freely, and then he just stopped bringing him altogether,” said another person familiar with the situation.

Several others were also uncomfortable with Harmon’s dog being on set but, unlike Perrette, feared speaking up. Perrette’s final episode on the procedural drama aired last week, and the two actors shared no screentime together.

This Article is related to: Television and tagged Mark Harmon, NCIS, Pauley Perrette