The director also talks to IndieWire about his hand in "The Terror" and early Season 2 plans. 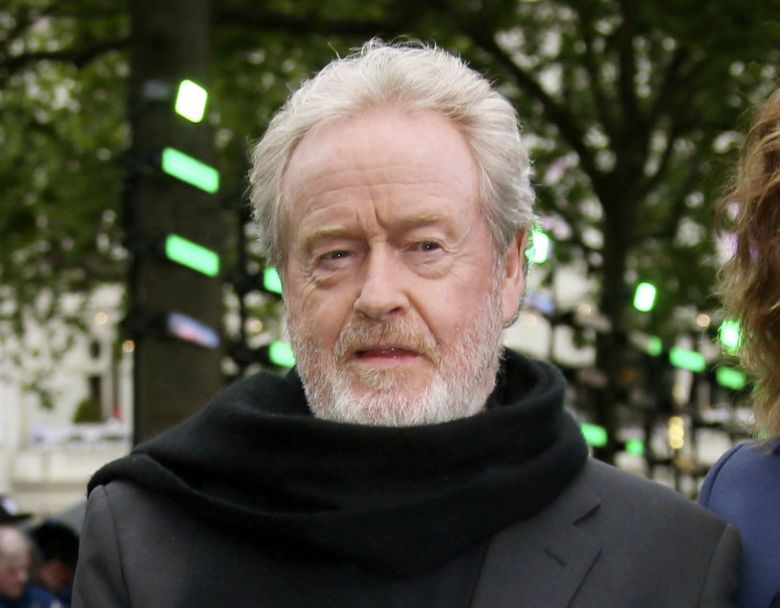 In addition to his work on the feature film side, Ridley Scott has spent the better part of the last few years helping shepherd some of the most daring shows on TV. Most recently serving as the executive producer of the AMC series “The Terror,” Scott has also had a hand in “Taboo,” “The Man in the High Castle,” the unfairly short-lived CBS dark political comedy “BrainDead,” and the upcoming CBS All Access drama “Strange Angel.”

Having a hand in these various projects, Scott’s not ruling out a return to the place that gave his career a start. After cutting his teeth in live TV in the late 1960s, Scott didn’t go back to TV until filming a pilot for Showtime’s “The Vatican” back in 2013. That didn’t go to series, but it hasn’t discouraged him from coming back and trying again with the right project.

“I really enjoyed it. I love the speed. I like working fast. I would certainly go ahead and do a show,” Scott told IndieWire. “Probably just a pilot, but you know, once you bite off a little bit you want to do the lot. I think doing the lot becomes pretty challenging if you’re doing a limited series. Six would be doable. Ten starts to get rather long.”

Whether or not Scott hops over to TV in the director’s chair, he’s had a huge effect on 2018 TV already with helping “The Terror” get to air. Watching episodes from the rough cut phase to their final form, one of the sequences that jumped out to him most was the underwater sequence from the series’ opening episode, done nearly entirely through visual effects.

“I didn’t realize they had diving suits that far back, holy shit! When he goes down in this canvas suit with this brushed copper helmet and has to look at the propeller, that was all just really well done,” Scott said. “The green screen work was formidable, but you’ve got to have your fundamental center of that universe, the set. The set was just fantastic. I was very, very, very impressed. I have to take my hats off to everyone in the production. Not just the directors — one doesn’t often talk about the art direction and the wardrobe, and the digital work is spectacular. I was knocked out, frankly.”

Though Scott is effusive about many of the dynamic visual elements of “The Terror,” there’s one unexpected area that hooked him the most.

“I’m surprisingly known as a visual director, but it’s not absolutely true. I think the hardest single thing is that written word and so the words are incredibly important and therefore the words will allow great actors to blossom,” Scott said. “What I was completely taken by was the entire crew, the below-the-deck conversations at dinner with the crew, the officers. I thought, wow, this is special. All these people are special. This is going to be just great. Then you go on deck and get a glimpse of the set on the deck covered in deep frost is just fabulous. How could this not be interesting?”

Despite being one of the busiest men in the business, Scott still makes time for nightly viewing sessions (“I’m one of those people that have to have a bedtime story before I go to sleep,” he said). One show catching his attention at the moment is “The Swell,” a Dutch miniseries about the societal and political aftermath of a cataclysmic storm. And as with many other audience members who are catching up with the show, there’s one BBC America series that really caught his attention.

“I just finished a show called ‘Killing Eve.’ Really good. Great writing, but great casting. [Sandra Oh] is fantastic. I love her. She’s got such a great sense of humor and I think the rare psychopath is extraordinary. There’s a dark humor to it all, which is what I really liked,” Scott said.

Like most voracious viewers, Scott’s predisposed to binge-watching. He sees that all-at-once style as a real threat to the place that movies hold in the public consciousness.

“There’s so much original, inventive, innovative stuff coming out of television as well. It’s really presenting a big problem for the feature film business,” Scott said. “Once I see good TV, I want to see it immediately. I have a very strong danger of watching three or four [episodes] in an evening, because I think I need to know. I don’t really want to wait for the next week and the next week because something always gets in the way that doesn’t enable you to follow through. So, I prefer them in blocks where you have a choice. I like that arrangement and order.”

As far as the future of “The Terror,” Scott reiterated that the series will maintain its anthology approach. Having told a complete season with the story of the Franklin expedition, Season 2 would follow a different story in any number of timelines.

“You wouldn’t follow this through, I don’t think. This is complete, but they’re looking for another season of something else. It doesn’t have to even be period, right? It could be modern. So right now, we’re circling the wagons on several things,” Scott said.

Not surprisingly for a man who scrapped and reworked an entire chunk of his last movie weeks before its release, Scott says he’s keeping his options open for what comes next. “Sometimes I will look into the Blacklist to see what’s what,” he said.

But his main emphasis remains keeping open to new projects, regardless of which side of the TV/film divide they might fall.

“You know, I think the most important thing is change. You’ve got to keep changing. I’m not in my work, I try not to repeat myself. So I’m constantly looking for different, whatever that may be,” Scott said. “When I’m asked, ‘What is your plan?’ I’ll say the plan is that there is no plan. You can’t say what do you want to do because you never know. There’s always something suddenly appears out of the blue or a development turned out better than you thought it would.”

This Article is related to: Television and tagged Killing Eve, Ridley Scott, The Terror