The Academy of Motion Picture Arts and Sciences’ Board of Governors took a vote Tuesday night. 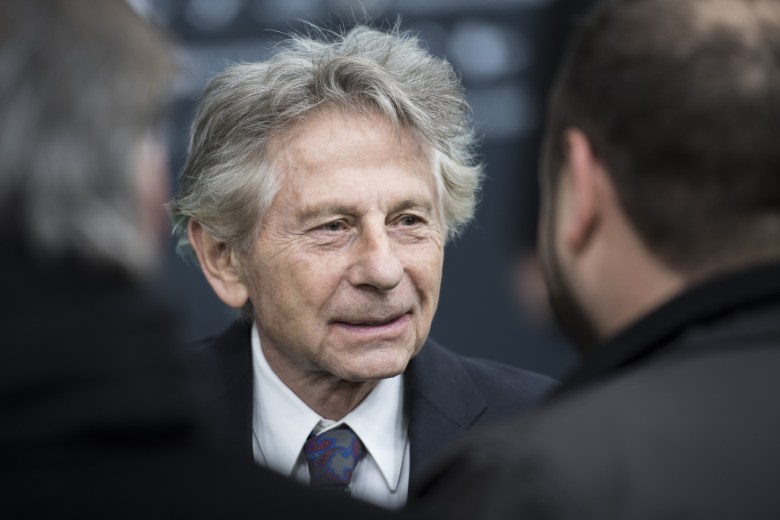 The Academy Board of Governors, which met on May 1, has voted to expel two long-term members who do not meet its standards of conduct: actor Bill Cosby, who last week was found guilty of sexual assault — but has been accused of much more — and Roman Polanski, who was awarded a Best Directing Oscar for “The Pianist” while living in exile in Paris, despite pleading guilty to unlawful sex with a 13-year-old girl.

The Academy released the following statement:

The Academy of Motion Picture Arts and Sciences’ Board of Governors met on Tuesday night (May 1) and has voted to expel actor Bill Cosby and director Roman Polanski from its membership in accordance with the organization’s Standards of Conduct. The Board continues to encourage ethical standards that require members to uphold the Academy’s values of respect for human dignity.

The Academy’s’ primary mission — spotlighting Hollywood via the glittery Oscar show — has taken a significant detour in the year of #MeToo and #TimesUp. First, the Academy expelled Harvey Weinstein from its membership ranks last October, the first major institution to do so. (It was the second such expulsion, following screener-sharer Carmine Caridi, in February 2004.) On December 6, the Academy installed a new Standards of Conduct and a “fair and methodical process,” as described by CEO Dawn Hudson, for determining “whether a claim will be brought to the Board for for possible action regarding membership status.”

That code was unexpectedly tested in March when the Academy’s own elected president John Bailey, a 50-year Hollywood veteran, underwent the membership committee’s evaluation of his sexual harassment accusation. In a statement from the Academy, the committee “unanimously determined that no further action was merited on this matter.”

Now, the question going forward: Who is on the Academy’s list of suspects? (Cosby and Polanski were low-hanging fruit.) Who decides who to investigate, and in what order?

According to the Academy’s Bylaws:

Any member of the Academy may be suspended or expelled for cause by the Board of Governors. Expulsion or suspension as herein provided for shall require the affirmative vote of not less than two-thirds of all the Governors.

And per the Academy’s new Standard of Conduct bylaws, the Board retains the right to independently “address and take action on any matter…related to a member’s status and to enforce the Academy’s Standards of conduct.”

For example, actor Stephen Collins — best known as Rev. Eric Camden on WBTV series “7th Heaven” — confessed to sexual abuse of underage girls to People Magazine in 2014: “I did something terribly wrong,” he said. Oscar-winner Kevin Spacey — deemed toxic enough to be excised completely from a major-studio movie, “All the Money in the World” — is being considered by Los Angeles County prosecutors for a possible sex-crimes case after more than a dozen men accused him of sexual misconduct. And then there’s director Bryan Singer, who has a long list of accusers of his own.

As the entertainment industry grapples with evolving rules of acceptable behavior, we now have Before Harvey and After Harvey. As two of the more egregious men who have been found guilty of criminal behavior, Cosby and Polanski were obvious candidates for expulsion. The Academy has sought advice and counsel from general counsel John Quinn at Quinn Emanuel, and from Ivy Kagan Bierman, a partner at Loeb & Loeb. Bierman is currently an advisor to the Commission on Eliminating Sexual Harassment and Promoting Equality in the Workplace, chaired by Anita Hill.

Some men in the industry have begun to speak out for due process and against a perceived witch hunt (most recently Terry Gilliam, who fears that #MeToo is turning into “mob rule”). Many Hollywood players who have been “bad boys” at one time or another are anxious that their livelihood could be taken away, their careers and legacy erased. Hollywood is still protecting some big fish who have yet to be hooked.

As the Academy tries to lead the way in establishing standards of decency and accountability, there are inevitably more names to be revealed on their investigation hit list.

Roman Polanski’s latest film, “Based on a True Story,” was slated for 2018 release in North America via Sony Pictures Classics, but has been shelved, according to the distributor. SPC acquired the film in February 2017, in a partnership with Brett Ratner’s Ratpac. Polanski debuted the French-language psychological thriller, which stars Emmanuelle Seigner, Eva Green, and Vincent Perez, at the 2017 Cannes Film Festival.

This Article is related to: Film and tagged Academy Of Motion Picture Arts and Sciences, Bill Cosby, Roman Polanski