If only ABC had been given a sign that Barr might self-destruct. (Oh, that's right, there have been plenty over the years.) Here are some of her more infamous moments. 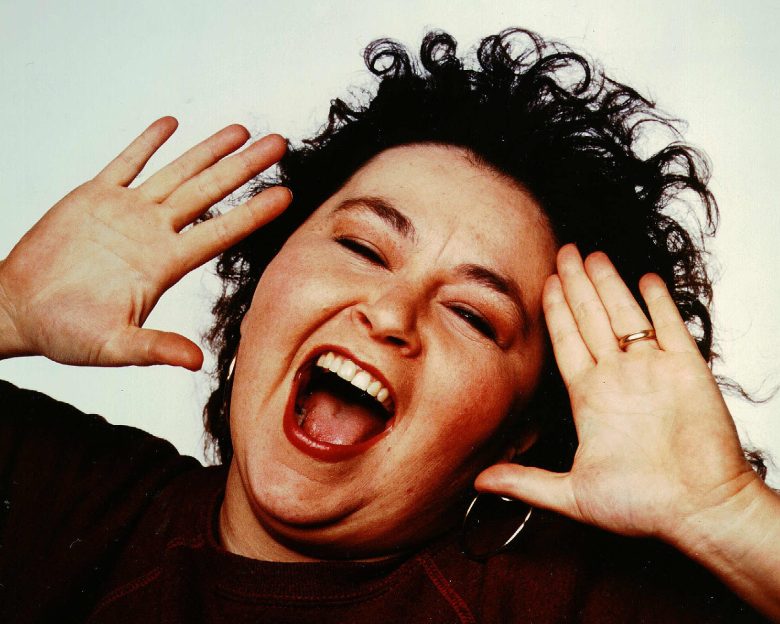 To know Roseanne Barr is to know controversy. The outspoken comic has been a firebrand since the moment she stepped on the scene in the late 1980s, and the success of “Roseanne” perhaps only heightened her eccentric approach to the world.

But in recent years, Barr’s behavior has been amplified by social media, and she appears to have been caught under the spell of crazy, irrational conspiracy theories and lies. That’s led to plenty of offensive statements and combative behavior against anyone who challenges her online.

ABC had hoped that Barr was now in check. She was on her best behavior at the Television Critics Association press tour in January, and Disney/ABC TV president Ben Sherwood even felt comfortable enough to tease Barr’s outspokenness a few weeks ago at the network’s upfront presentation. When Barr joked that Sherwood was “the guy responsible for most of my tweets,” the exec noted that “I have absolutely nothing to do with Roseanne’s Twitter account,” and then showed a fake Tweet from her, calling him a “more handsome and rugged Ben Affleck with a better back tattoo.”

Sherwood and ABC aren’t laughing now. Of course, they probably should have known better to begin with. Even prior to this week, they knew Barr courted scandal. That’s occasionally been a good thing — like the time she fought ABC, and won, to include a same-sex kiss on her show.

But more often than not, it’s been a bit of a mess. Here’s a round up of some key controversial Roseanne Barr moments. Roseanne Barr holds her fingers in her ears as she screams the National Anthem between games of the San Diego Padres and the Cincinnati Reds doubleheader on in San Diego, Calif.

This seems so quaint now: In 1990, Carsey-Werner principal Tom Werner was part owner of the San Diego Padres, and thought a tie-in with his hit comedy “Roseanne” would be a good idea. Barr was tapped to sing the National Anthem, but took an off-key, comedic approach to it. She was booed loudly and she made an obscene gesture and spat when she was finished, causing a national incident — with President George H.W. Bush even weighing in. This guy. Barr and Tom Arnold married in 1990, and divorced in 1994. “She is having mental health issues right now,” Arnold told CNN’s Anderson Cooper on Wednesday. “And I am sure that’s part of this. It doesn’t make it OK.” Unfortunately threatened in this current media firestorm is the legacy of the original “Roseanne” series as a groundbreaking, daring sitcom. The show earned applause in 1994 for the episode “Don’t Ask, Don’t Tell,” in which Roseanne reacts to being kissed by another woman (Mariel Hemingway). ABC almost didn’t air the episode, until Arnold revealed the network’s hesitation, and Barr threatened to move the show to another network. The episode eventually ran uncensored, but with a parental advisory. Roseanne throws a dummy, made up as Linda Tripp, to the audience while riding on a cherry picker adorned with roses during the first taping of her new talk show “Roseanne Show,” in 1998. Roseanne Barr grabs Whoopi Goldberg during a heated conversation about President Clinton’s troubles during the first taping of her new talk show “Roseanne Show,” in 1998. You think the antics on “Roseanne” were strange? Try her syndicated talk show “Roseanne Show,” which aired from 1998-2000, and fully leaned into Barr’s eccentricity. By Season 2, the show had been canceled and pulled off the air in most of the United States. But through a quirk of international distribution, new episodes continued to be produced to fulfill overseas contracts, and some small TV markets wound up still carrying the show as well. At that point, with no one really caring anymore, Barr was even given more free reign — and would often just host the show from her own royal throne (with a crown!) and talk stream of consciousness — often leading to dead air, as she sat there waiting for a thought to pop.

Roseanne Dabbles In All Sorts of Merchandise (2000s) Roseanne Barr, entrepreneur: It’s doubtful this pasta sauce or DVD did much business, but a reminder that plenty of opportunities came Barr’s way, long after “Roseanne” ended.

Barr later claimed she was mocking Hitler in this photo shoot. But… does that make it OK? Barr’s mental instability was played for laughs in the title of her short-lived Lifetime reality series “Roseanne’s Nuts” in 2011. The show followed Barr as she opened a macadamia nut farm on the Big Island of Hawaii. Roseanne Barr, and her campaign manager Farheen Hakeen attend the Tribeca Film Festival world premiere of “Roseanne For President!” in 2015

Barr announced her intentions on “The Tonight Show with Jay Leno” to run for president in 2012 on the Green Party ticket, but ultimately lost the nomination to Jill Stein. She then switched to the Peace and Freedom Party, running with political activist Cindy Sheehan — although the two of them clashed, and ultimately Sheehan left the ticket. Barr only appeared on ballots in a handful of states, and ultimately won 67,326 votes nationwide. Barr’s run eventually inspired the 2015 documentary “Roseanne For President!” Roseanne Barr has now become a full disciple of crazy and easily debunked far right-wing conspiracy theories. She’s out Alex Jones-ing Alex Jones. And her Twitter feed is a full blown example of that — including the regular use of “ape” as a slur against people of color. Barr is troubled — but that’s not a new thing. And that’s why it was probably inevitable that the “Roseanne” revival would collapse. “This is what ABC was buying and they knew it going in,” veteran TV writer Ken Levine wrote on his blog. “But the potential upside was huge. I suspect their hope was they could get in a couple of years before the inevitable implosion. But unchecked craziness doesn’t get better over time; it gets worse.”

This Article is related to: Television and tagged ABC, Roseanne, Roseanne Barr, Twitter