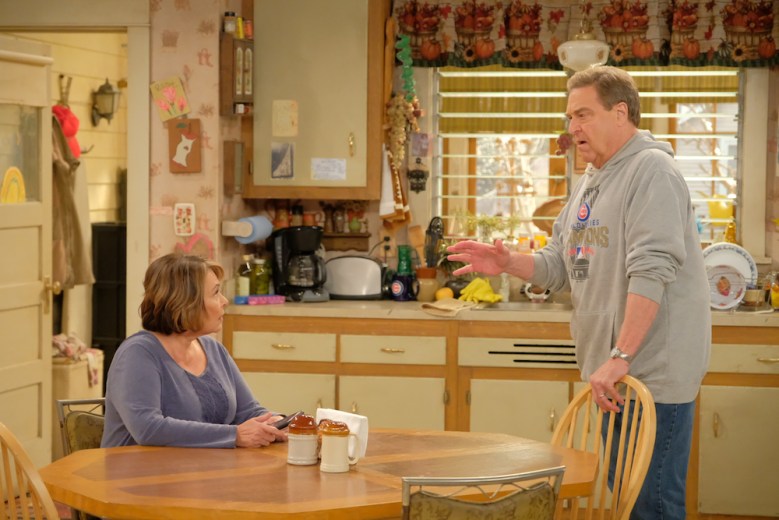 Roseanne Barr sank her hit ABC revival with a racist tweet, and social media users shared many thoughts Tuesday about the cancellation of her namesake series.

They just cancelled your ass. No wonder you’re sorry! https://t.co/ARfhbIZ1kO

Author and Esquire editor-at-large Dave Holmes deadpanned about Barr’s departure from both Twitter and primetime, while Oscar winner Julianne Moore praised the power of online activism:

Both Billy Eichner — who had been sharing the #FireRoseanne hashtag since she published her offending May 29 remarks toward Jarrett — and Barr’s fellow TV creator, Mike Schur (“Parks and Recreation,” “Brooklyn Nine-Nine,” “The Good Place”) — were fed up that ABC tolerated so much controversy from Barr before taking her show off the air.

Somehow we’ll all have to survive without meeting a THIRD BECKY.

Now that they have cancelled Roseanne, I wonder when they will reboot Roseanne?

“Laverne and Billy” produced by the Obamas for @netflix. 🙏

For the record, this is Channing Dungey. Sitting on top of your world like a Queen in full judgement of your garbage and taking it out. #Roseanne pic.twitter.com/GxEP2B61uq

Thank you, @ABCNetwork. You did the right thing. There is not any room in our society for racism or bigotry.

I just heard #rosanne is cancelled. My reaction— tears. I am so relieved and grateful. The hate that has been spewing from those in Trump’s orbit has really taken a toll on all of our souls and psyches. I didn’t believe it would happen. I had lost faith. Thank you @abc .

From Channing Dungey, President of ABC Entertainment: “Roseanne’s Twitter statement is abhorrent, repugnant and inconsistent with our values, and we have decided to cancel her show.”
There was only one thing to do here, and that was the right thing.

Impressed with ABC. And now it appears they have an open time slot. 💁🏻‍♂️

When your show got canceled, but you’re not racist. pic.twitter.com/Do2n37Akij

Important clarification needed for some:
Free Speech allows you to say whatever you want in your own life. It does not allow you to say dumbass shit and work for Disney.

“Silicon Valley” and “The Big Sick” star Kumail Nanjiani wavered between sarcasm and earnestness as he grappled with the downfall of “Roseanne”:

A big thanks to everyone who brought Roseanne back into our lives.

The backlash to its cancellation is going to be a deafening nightmare.

Nothing good has come of this entire thing.

While former “Parks and Recreation” regular Nick Offerman implored people to consider the ramifications for the “Roseanne” crew. “It’s terrible for all those people who lose their jobs,” he told People Now. “That’s something that people don’t think about when shows come and go, or stars have crazy life moments. You’ve got 150 other people [who have to think about] paying their rent or feeding their kids, and that’s a shame, that they had to get a show with a horrible racist.” ABC veteran Shonda Rhimes seconded his sentiments:

The terrible part is all of the talented innocent people who worked on that show now suffer because of this. #notjustice

Feeling especially optimistic about the cancellation is “Twin Peaks” co-creator Mark Frost, who urged Americans to reject the entire Trump administration, not just one of its most famous supporters:

See America? It’s not that hard to turn away from hatred and lies. Time to cancel the Trump Show. https://t.co/8UpUQns3WM

According to Variety, 10.3 million viewers watched the “Roseanne” season — and now series — finale one week ago.

This Article is related to: Television and tagged ABC, Roseanne, Roseanne Barr