The National Center on Sexual Exploitation had called on AMC and Regal to follow Cineplex Australia's example and drop the offending film. 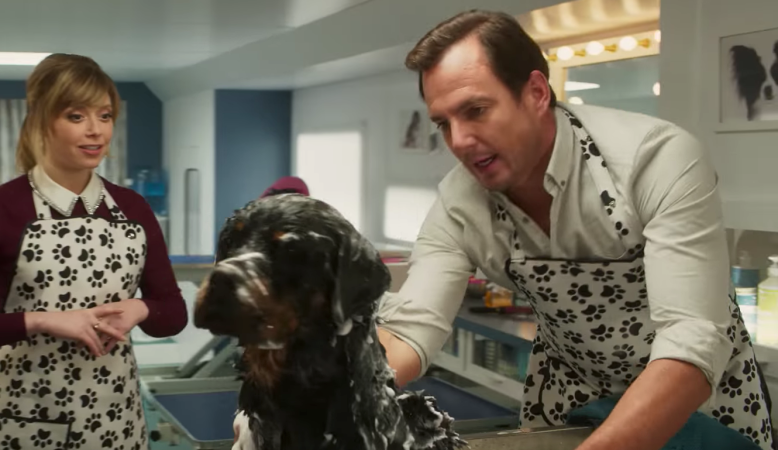 Natasha Lyonne and Will Arnett in “Show Dogs”

Five days after “Show Dogs” opened as family-friendly fare in more than 3,200 theaters, distributor Global Road Entertainment announced that it will cut footage that — to parents and advocates — suggests sexual abuse. The Aussie theater chain Cineplex Australia had recently dropped the film from its lineup.

The company released the following statement to Deadline:

Responding to concerns raised by moviegoers and some specific organizations, Global Road Entertainment has decided to remove two scenes from the film ‘Show Dogs’ that some have deemed not appropriate for children. The company takes these matters very seriously and remains committed to providing quality entertainment for the intended audiences based on the film’s rating. We apologize to anybody who feels the original version of ‘Show Dogs’ sent an inappropriate message. The revised version of the film will be available for viewing nationwide starting this weekend.

A critic at Macaroni Kid instigated the film’s backlash in a review circulated by The American Conservative. Directed by Raja Gosnell (“Home Alone 3,” “Scooby-Doo”), “Show Dogs” is a canine take on “Miss Congeniality”: to thwart criminals, police Rottweiler Max (Chris “Ludacris” Bridges) goes undercover at a dog competition. While Sandra Bullock’s “Miss Congeniality” character begrudgingly submitted to bikini waxes to go undetected at the Miss American pageant, Max is taught to channel his “zen place” when competition judges touched his private parts without his consent.

“Disturbingly, these are similar tactics child abusers use when grooming children — telling them to pretend they are somewhere else, and that they will get a reward for withstanding their discomfort,” wrote Dawn Hawkins, the executive director of the National Center on Sexual Exploitation, in a statement on her non-profit’s website. She later accused the filmmakers of promoting “essentially a sextortion scenario,” and implored AMC and Regal theaters halt American screenings.

On Tuesday, the creative team apologized to parents who inferred “a message other than a comedic moment in the film,” adding that the aforementioned judging was “depicted completely accurately as done at shows around the world; and was performed by professional and highly respected dog show judges.”

“Show Dogs” also stars Will Arnett, Natasha Lyonne, RuPaul, Stanley Tucci, and Shaquille O’Neal.The script was written by Max Botkin and Mark Hyman, whose screenwriting credits include “Meet the Fockers” and “How to Train Your Dragon.”