While Lucasfilm has yet to announce any official sequels to their latest standalone film, its writers get honest: they built this one as a starting point. 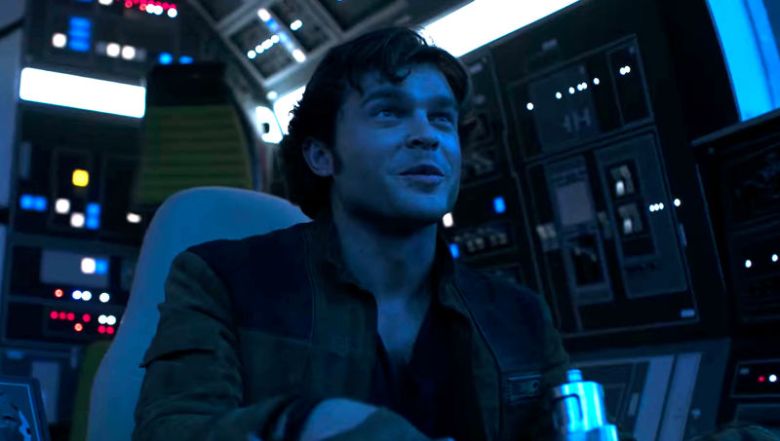 That’s the funny thing about prequels: you know where they’re going. Ron Howard’s “Solo: A Star Wars Story” may be set in the early years of beloved rogue and rascal Han Solo (Alden Ehrenreich), but even the most casual of franchise fans is well-schooled on where Han’s later years take him, thanks to original star Harrison Ford’s appearance in four of the blockbuster hits.

That didn’t get in the way of screenwriters Lawrence and Jonathan Kasdan, the father-son duo behind the latest standalone film in the burgeoning franchise, who set about making a very different film than the others in the franchise (including those written by Lawrence himself, like “Return of the Jedi,” “The Empire Strikes Back,” and the recent “The Force Awakens”).

“When we sat down to write, it was with the idea that the movie would be unlike the other ‘Star Wars’ movies,” Lawrence Kasdan told IndieWire in a recent interview. “It’s not just that it’s a standalone — which is a business term to me — but that it’d be tonally and thematically different from the other movies.”

Set a decade before the events of “Star Wars: A New Hope,” the film follows Han’s early years, with special attention paid to some of the infamous events that have previously only been talked about in other films, like meeting his best pal Chewbacca, winning the vaunted Millennium Falcon in a card game, and earning his stripes as a smuggler to be reckoned with. While all those elements are familiar enough, “Solo” is still a very different take on “Star Wars” lore, one mostly free of many of the trappings expected of the franchise. “There’s no Force, there’s barely an Empire,” Lawrence Kasdan said. “This is about people scrapping their way, people who essentially don’t have an identity when the movie starts. Han has no identity. And, he finds himself, begins to find himself, over the course of this movie. That is different from all the other ‘Star Wars’ movies.”

The film leaves plenty open at its conclusion, including a big nod to the presumed next adventure of Han and Chewie, one that will bring them into contact with another fearsome “Star Wars” villain (hint: think large). In a recent interview with Esquire, Ehrenreich let slip that he’s signed on for three movies, though the Kasdans caution against reading too much into that. More business terms and all.

While Lawrence Kasdan issued a “none” when asked if there were any current plans for more “Solo” movies, Jonathan Kasdan cut in with a lightly hedged answer.

“There are none, except that it’s something that we have talked about,” he said. “We did write a script that was designed to be pregnant with possibilities for future adventures, and we were adamant that this story take place at last 10 years earlier than ‘A New Hope.'”

A decade is a long time, and someone like Han could certainly get a lot done in that time, enough to turn him into the beloved figure fans first met in “A New Hope.” It may sound daunting, but the Kasdans seem to be inspired by the possibilities, and eager to see how a hero takes shape, albeit in reverse.

“We think there’s a lot of living that Han has to do before he can get to be that guy that Luke meets in Mos Eisley, and we’d love to see more stories,” Jonathan Kasdan said. “One of the most satisfying things for me about seeing the finished movie just the other day was a feeling that by the end of it, Alden has earned his bones as Han, in a beautiful way…I felt like the audience bought him and they were ready to keep going with him. I think that’s not such an easy achievement and I’d be very excited to see where it went now.”

“He’s great,” Lawrence Kasdan said of Ehrenreich. “And he caught the spirit [of Han], and that was all we were after.”

“Solo: A Star Wars Story” will be released in theaters on May 25.