Father-son duo Lawrence and Jonathan Kasdan wrote the newest "Star Wars" movie together, and were on hand for all the director drama that played out last summer. 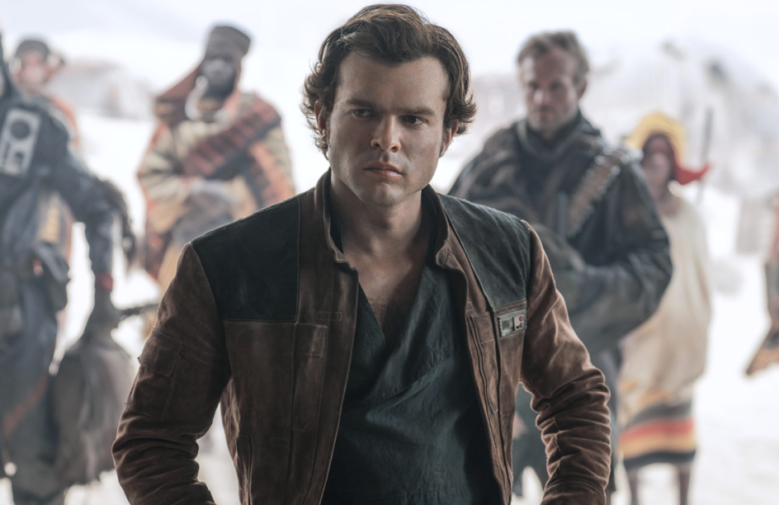 When original “Solo: A Star Wars Story” directors Phil Lord and Chris Miller unexpectedly left the Han Solo-centric feature last summer with mere weeks left in shooting, it seemed like a staggering blow to the the franchise’s second standalone film. Within just two days, however, Lucasfilm and Disney had marshaled an impressive replacement in the form of Oscar-winning filmmaker Ron Howard (who just so happened to have long-running relationship with “Star Wars” creator George Lucas). While rumors have persisted since the replacement – the most recent of which involving just how much of the film Howard actually reshot – the film kept its late May release date and early buzz has been very positive.

That’s not to say that the process was an easy one. “Solo: A Star Wars Story” screenwriters (and father-son duo) Lawrence and Jonathan Kasdan were on hand during the film’s production, and witnessed the process firsthand. The film is Jonathan Kasdan’s first in the universe, but his father – who is also a credited executive producer on the feature – is a legend in the blockbuster franchise, having written “Return of the Jedi,” “The Empire Strikes Back,” and the recent “The Force Awakens.”

“Well, it was excruciating,” Jonathan Kasdan told IndieWire in a recent interview about the decision to replace Lord and Miller. “It was painful for everyone involved, and it was really the last thing I think anyone wanted. There was no one involved in this movie who was hoping that this would go down this way. And, given the reality of the situation and what did happen, I think we ended up with someone we barely even deserved. He was so wonderful.”

For Lucasfilm, the need to find a new director was compounded by scores of related logistical issues. “At the moment when that happened, there was a lot of pressure on the movie to keep moving forward, to not shut down,” Jonathan Kasdan said.

Plus, there was that late May release schedule, one planned as a nod to the very first “Star Wars” film, which hit the big screen on the same date in 1977. Jonathan Kasdan explained that the date “was always the plan, and a dream that they had, and doing such under those circumstances became a near-impossible task.”

But Howard’s rapid hiring allowed a messy situation to get back on track, and fast.

“When Ron showed up and was willing to do it, it was really a godsend, because there was no one more up to that task, I think, on the planet,” Jonathan Kasdan said. “Just in terms of filmmaking, and in terms of personality, to step into what was a really difficult situation and to do it with such grace, and joy, and enthusiasm. By day three, he had put everyone to ease, and the thing was moving like a freight train.”

“We were thrilled to get him,” Lawrence Kasdan said.

Howard is the sole credited director on “Solo,” while both Lord and Miller have executive producer credits.

“Solo: A Star Wars Story” will be released in theaters on May 25.