He's been in every "Star Wars" movie so far — will he be in this one? 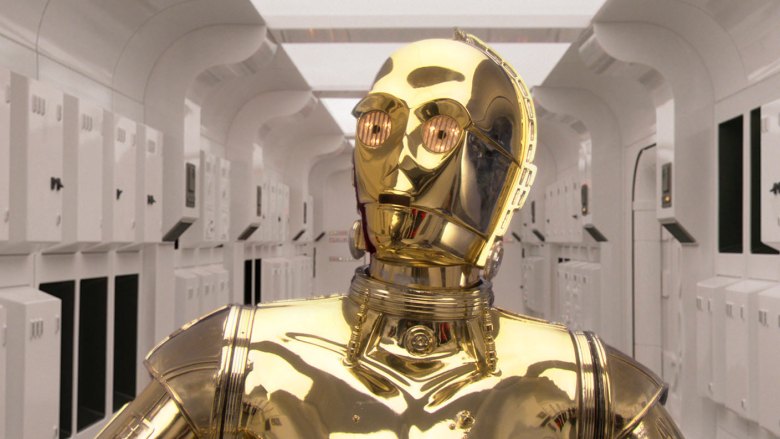 UPDATED: This story is updated below.

After Mark Hamill let slip that C-3PO actor Anthony Daniels will appear in “Solo: A Star Wars Story,” fans have been wondering about the nature of the “Star Wars” veteran’s role. Normally, it would be obvious — the beloved android has appeared in every movie in the franchise, after all — but because “Solo” takes place in a somewhat different time and place, eyebrows were nevertheless raised.

In an interview with Uproxx, screenwriter Jonathan Kasdan was blunt when asked whether C-3PO was in the upcoming spinoff: “No, but Anthony Daniels is in the movie as a different character.”

He then elaborated, explaining that “in the ‘Papillon’-type offshoot story, the Wookiee that helps them escape, Chewbacca’s best friend, is played by Anthony Daniels — and beckons him to join them as they escape on a different ship.” After the interviewer pointed out that this will be the first “Star Wars” movie not to feature C-3PO or R2-D2, Kasdan responded by saying that “there are a lot of things about this movie that are different from all the others.”

“Solo” stars a host of newcomers to the franchise, namely Alden Ehrenreich, Donald Glover, Emilia Clarke, Woody Harrelson, and Phoebe Waller-Bridge. Ron Howard directed the film, which was originally to be helmed by the since-fired Phil Lord and Christopher Miller. Disney will release it in theaters on May 25.

UPDATE: Turns out, Jonathan Kasdan spoke a bit too fast, and has reached out to Uproxx with a correction: Daniels is in the film as a different character, but not a Wookiee, though he has a strong connection to one. Check out the full correction, plus a very cool screenshot of his lines in the script, over at Uproxx.