After two decades of trying to get it made and a months-long legal battle against a former producer, Terry Gilliam finally premieres "Don Quixote" at Cannes this weekend. 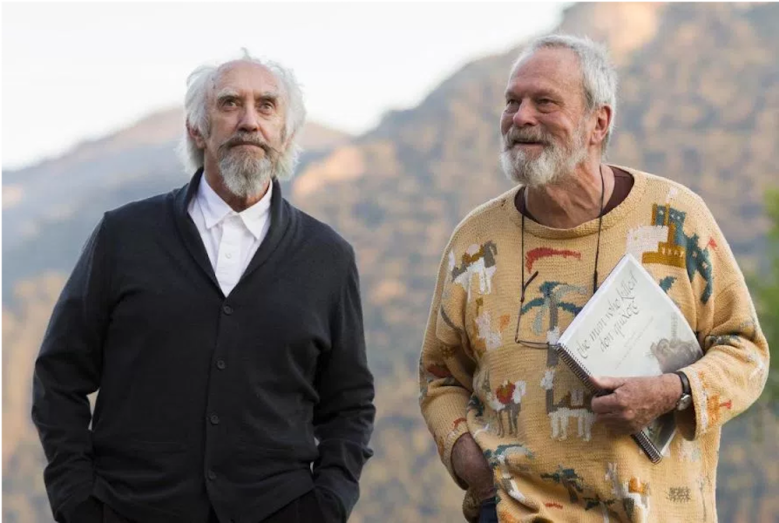 Terry Gilliam is closing the 2018 Cannes Film Festival with the world premiere of “The Man Who Killed Don Quixote,” which is a major miracle considering it has taken the director two decades of development issues and legal battles to get the film made and ready for release. The long-delayed “Don Quixote” production is one of the most famous in film history, and Gilliam is happy to finally be putting it behind him.

“That this film is out in the world is all I really care about,” Gilliam told Deadline about the long road to the film’s Cannes premiere. “I don’t give a shit anymore. My opinion doesn’t count. I just want people to see the thing. And what I’d like, more than anything, is for it to become a commercial success. It would make life easier on the next one. The last couple of films I’ve done have not done well. You pay the price for that.”

While Gilliam is now looking to the future, he did take time to celebrate the legal victory that made it possible for “Don Quixote” to premiere at Cannes this year. Paulo Branco, a former producer on the project, took Gilliam to court over claims that the director could not premiere the movie without Branco’s permission. A May 9 court decision ruled in Gilliam’s favor.

“The triumph of this has been extraordinary,” Gilliam said about the verdict and legal battle. “The way everybody stood up for it and said, ‘Fuck off.’ And they’ve even taken away [Branco’s] protocol now. I’m told his booth in the market, Alfama Films, has been removed. I haven’t experienced it firsthand but I was told by two people that it happened.”

“There’s a side of me I feel a tiny, tiny grain of sympathy—so small I can hardly find it,” he continued. “[Branco] always announced himself as the guy who has made over 275 films, and that he’s always had more films in competition here than any other producer on the planet, and to self-immolate like he’s done with this, I have no idea. It’s a bit like Harvey in a sense; there’s a certain point where karma catches up, folks.”

As for the rumors about Gilliam’s health following a “little trip to the hospital” earlier this month, Gilliam said: “I’m fine. It will probably wreak its revenge when the festival is over, but right now I’m operating fine.”

“The Man Who Killed Don Quixote” debuts May 19 at Cannes. The movie is now playing in France. Head over to Deadline to read Gilliam’s interview in its entirety.

This Article is related to: Film and tagged Cannes, Terry Gilliam, The Man Who Killed Don Quixote