The New Wave legend's dense essay film chronicles the end of everything. 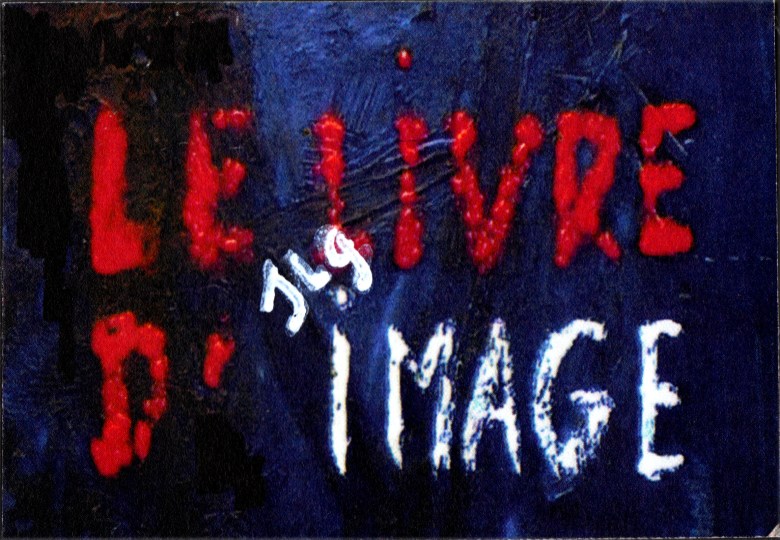 In the final seconds of “The Image Book (aka Image and Word),” Jean-Luc Godard’s rapid-fire montage of movies and media set to his fragmented pronouncements, a dancer twirls around and falls to the floor. Despite the dense and murky assemblage leading up to this climax, it’s one of the most authentic endings in the filmmaker’s nearly 60-year career. It speaks to the intentions of an artist who excels at messy, singular polemics: Have all the fun you want, because everybody’s doomed anyway.

Godard has a lot to say in “The Image Book,” in fits of inspired poetry and angry asides, in tune with the apocalyptic dimensions that  characterize much of his late-period work. His raspy, bitter voiceover emanated from different channels throughout the theater at the Cannes premiere, his lyrical pronouncements rooting audiences in the confines of his restless mind. You choose to engage, or reject the entire endeavor outright. Anyone poised to do the latter falls into the filmmaker’s trap: More media installation than movie, “The Image Book” bemoans a vapid world well into the process of disintegration, and his film is engineered to simulate that process in visceral terms.

At the same time, it represents a return to familiar terrain for the filmmaker following the category-busting experiments of 2014’s 3D experiment, “Goodbye to Language.” A concise variation of his sprawling, multi-part film history essay “Histoire(s) du cinéma,” the new project speeds through classic film clips, disposable film clips, and wartime imagery — often shown in poor, low-res quality — as he grapples with the relationship between the violent power struggles that dominate the real world and their sanitized versions in movies. No wonder he swore off conventional narrative decades ago: In “The Image Book,” Godard theorizes that images obscured our imminent demise.

Or something like that. Any attempt at a close reading of the new Godard project, particularly after a single viewing, won’t do justice to his stream-of-consciousness approach. “The Image Book” is less a movie you watch than absorb, one tidbit at a time, from the distorted shot of celluloid unraveling to a Scott Walker song in the opening minutes to the cavalcade of cinema he samples throughout: Tidbits of “Vertigo,” “The River,” and “Salo” rush by, as do wartime assaults from Michael Bay’s “13 Hours” and a high-school shooting from Gus Van Sant’s “Elephant.” (Film studies courses on movie violence could devise a meaty syllabus from the list of titles in the credits.)

Reportedly aided by consultant and avant-garde scholar Nicole Brenez, Godard’s full-fledged experimental technique maintains deep philosophical ambitions even as it veers off on innumerable tangents. It’s an elaborate doodle from an artist who forged his own niche several times over. At 87 years old, he assaults conventions with more intensity than ever. At one point, he contemplates what has happened “when a century dissolves into another century,” and “The Image Book” as a whole reflects that disorienting process: The world collapses into itself.

Despite his freewheeling conceits, Godard has plenty of targets. He muses (in rambling, intermittently subtitled French) on the chaotic state of the Middle East, seemingly shrugging off the Arab Spring (“I would believe it if it were a real revolution, but it’s not,” he says, as news footage of ISIS attacks come and go) and refers to men in power today as “bloody morons.” He fires off fleeting broadsides at religion, nuclear paranoia, and Nazism, all of which lend a striking contemporary quality to the work even as it encompasses decades of media. Nobody’s safe from Godardian judgement day: He derides “the richest billions and the poorest billions” as both capable of going extinct from their bad habits.

While it evades any traditional emotional experiences, “The Image Book” has a tragic undercurrent, as it confirms widespread perceptions of Godard as a hopeless recluse shaking his cane at the world while hiding behind his mystique. Here and there, he offers some measure of explanation. “If I could make those in command increase their knowledge, I would be the happiest man,” he declares, but doesn’t hold out much hope. Later, he asserts: “Time is out of time.”

Now, he’s bearing witness to what he perceives as diminishing returns. Maybe he delights in it. He refers to “this smile dismissing the universe,” which may be the closest Godard comes in “The Image Book” to summing up his sensibility. However, the strongest moment arrives in an opening montage of hands, reaching forward and upward with no clear destination, forming a sharp symbol that epitomizes the movie’s overarching lament. As history spirals off into oblivion, there’s nothing left to grab.

In the process of pulling movies apart, “The Image Book” forms a closing chapter in a work that Godard began with “Breathless” in 1960. He seems to have theorized a post-history moment where there are no new ideas to discover, and nobody left to discover them. When aliens land on Earth long after humans vanish from the face of the planet, “The Image Book” could offer a few clues to the crime scene.

As the credits speed past, Godard includes “you,” the viewer, in a lengthy roll call. It might be a final nod to the audience that has stuck with him over the years, it might be a middle finger, or it might be a combination of both. But it’s certainly a conclusive statement in this far-reaching work from one of the great media artists of the last century, one that plays like a loose, tattered gesture, but has significant connotations for those same reasons. Godard bid adieu to language a few years ago; with “The Image Book,” he shrugs off everything else.

“The Image Book” premiered at the 2018 Cannes Film Festival. It is currently seeking distribution.

This Article is related to: Film and tagged Cannes, Jean-Luc Godard, Reviews, The Image Book