Mark Duplass revealed the backstory behind a recent photo of the FX cast hanging out, and teased the possibility that fans should remain excited. 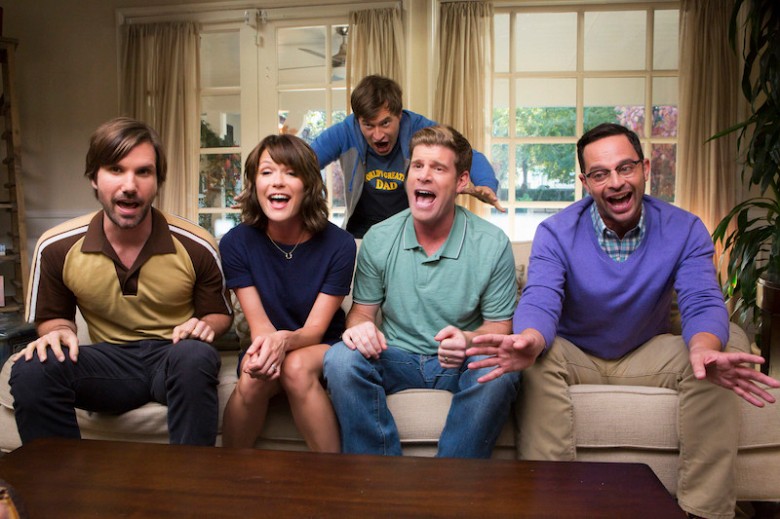 Update (5/30): A spokesperson for FX told IndieWire that while the network is proud of the show’s legacy, there are no current plans to continue the series.

[Earlier] As the recent cancellation and last-minute renewal of “Brooklyn Nine Nine” made clear, no show with a devoted fanbase is destined to die an immediate death. So when Mark Duplass posted a photo on social media of the principal cast from “The League” all gathered in one place, fans of the FX (and later FXX) show started reading between the lines.

When IndieWire asked Duplass in a recent interview if the photo was meant to tease a potential reunion, he laughed and denied those rumors. “We get together three or four times a year and we just miss the shit out of each other,” said Duplass. “It was our first big job and we really were a family, the six of us that were there. And so we just get together and hang out, and that said, if someone came to us and said, ‘Here’s a dump truck of money to go make another season or movie,’ I’m sure we’d have a lot of takers.”

The premise of the half-hour comedy about a group of high school friends – now struggling with their very day-to-day problems of adulthood – who have maintained their childish ways through an ultra competitive fantasy football league is one that could very easily be revisited by a cast now in their late-30s and early 40s. “The League” was a valuable property to FX, who used the show’s established brand and identity to help launch its fledgling FXX network in 2013. Then in 2014, when the show was green-lit for a seventh season, it was also announced that it would also be the final season.

For his part, Duplass said he has taken a break from acting – with the exception of smaller indies he’s produced and sometimes written – in favor of a more structured routine as a producer and family man. (He also co-authored the how-to book “Like Brothers” with Jay Duplass.)

But the production demands of the largely improvised show, created by Jeff Schaffer and Jackie Schaffer, were reportedly loose enough it is possible to imagine a shooting schedule for a six-to-13 episode reboot that could accommodate the schedule of cast members who have other commitments, similar to the approach Netflix has taken recently with the last two seasons of “Arrested Development.”

The cast of “The League” clearly misses working together, so the real question is if there is a network or streaming platform willing to pony up that “dump truck of money.” IndieWire has reached out to FX for comment.

This Article is related to: Television and tagged Mark Duplass, The League