Ceylan is infamous for his epic running times, but his latest is an exciting riff on an old formula. 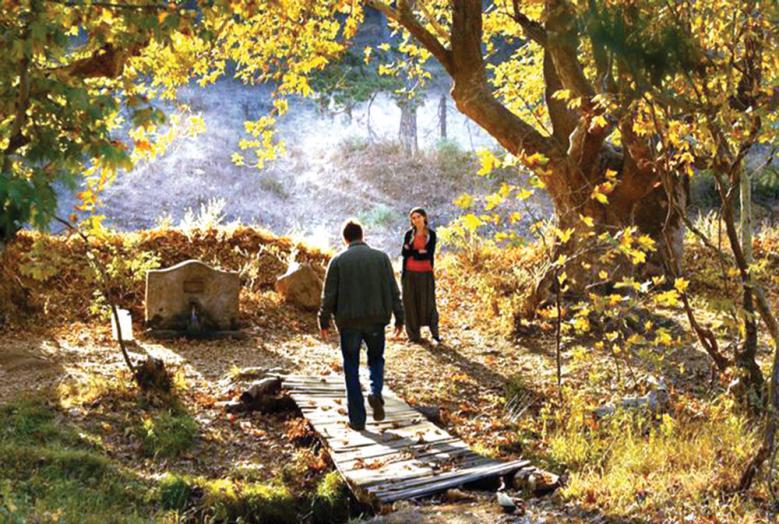 Forget the menacing length: “The Wild Pear Tree,” Turkish director Nuri Bilge Ceylan’s latest sprawling feature, clocks in at just over three hours, but that’s been his average range for years. For the first time, however, he has applied that ambitious approach to a bittersweet and at times even witty father-son bonding story. The director of “Once Upon a Time in Anatolia” and Palme d’Or-winner “Winter Sleep” tends to construct grim, serious character studies that dwell on pregnant pauses and stern exchanges, but that’s far from the case here. By Ceylan standards, “The Wild Pear Tree” is brisk.

The narrative’s gradual pace remains an acquired taste, but anyone willing to engage with Ceylan’s slow-burn approach will find his variation on an accessible formula — it stretches and magnifies the details of its character’s dilemma while pushing him along an impactful journey at a leisurely pace. Rise to the challenge, and payoff awaits on the other side: a formulaic story transformed into something more perceptive and profound. If only more family dramas took such care to get the details right.

While Ceylan usually deals with the conflicts and regrets of middle-aged men, “The Wild Pear Tree” focuses on a younger archetype — the angst-riddled young man who aspires to become a famous writer. Unfortunately, Sinan (Aydin Dogs Demirkol) is not particularly good at it. As he veers from a lonely life in the city to the sleepy village where he grew up, he dwells on his goals while resenting everyone else. His biggest target is his father (Murat Cemcir), a schoolteacher and gambling addict whose messy existence epitomizes everything Sinan doesn’t want in his life. It doesn’t help that Sinan has decided to self-publish his book, despite financial hardships emerging from his father’s debts.

Despite his lofty goals, Sinan’s desire for success has made him a pompous recluse prone to projecting overconfidence to everyone around him while rejecting anything but his own ideas. “I don’t really like people,” he tells his mother, and the movie charts the process through which he got that way. It’s like an epic cinematic therapy session, interspersed with punchlines and philosophical asides.

It’s the cinematic equivalent of hanging out at a local pub and losing track of time and that’s exactly what happens late in the story, after Sinan has a difficult exchange with his father and runs into a few old pals on the road. As they wander toward the neighborhood café, they talk through existential crisis and personal relationships to creativity and desire. It’s heady stuff that wouldn’t feel out of place in the “Before Sunrise” trilogy, but Ceylan lets his characters chat away for nearly half an hour before a new complication arises. That’s the appeal of “Under the Pear Tree”: While Sinan believes he’s a fast-moving social climber on the verge of mass-market success, he drifts along at the same meandering pace as the rest of us.

The restless character is trapped between worlds, oscillating from being a dyspeptic, ungrateful son to a hustling young writer keen on cracking into the business from the start. As he plots a vaguely defined, semi-autobiographical work of historical fiction that he fails to put into clear terms, he tracks down a successful author (Serkan Keskin) in the city in the hopes of getting his advice. Instead, he ends up berating the older man when he falls short of getting supportive words; clumsy and reeling from rejection as the writer abandons him on a bridge, Sinan knocks over a statue that sends a policeman chasing after him. It’s one of a few sequences that energize the movie, transforming the austere tone into more dynamic possibilities.

Indeed, it often feels like Ceylan wrote Sinan to reenergize the filmmaker’s glacial storytelling. If so, it worked: the undulating tones reflect Sinan’s relationship to his surroundings. He comes from a quiet world where nothing takes place at a hurried pace, and he’s always trying to speed up his progress. “You’re an incurable, insufferable romantic,” he’s told, and takes it as a compliment.

“The Wild Pear Tree” really crystallizes its mood when Sinan confronts his father, who strikes Sinan as the root of all his problems even as the old man remains a concerned parent in his own way. “The young should criticize the old,” Sinan’s dad tells him. “That’s how progress works!” Sinan’s wordless response suggests he can’t reconcile his impression of his father as a failure with the caring person reaching out to him, and the movie tracks the frustrated youth’s progress toward understanding how those two features can coexist. Still, Sinan’s such a typical character that his conundrum has a tendency to feel reductive, as if he’s been teleported into Ceylan’s filmmaking mechanics from some lesser project. The movie works in fits and starts more than as a coherent flow from one scene to the next.

Nevertheless, “The Wild Pear Tree” maintains a visual sophistication unparalleled in international cinema. Ceylan intersperses talky exposition with poetic imagery that deepens the story’s thematic concerns, from a majestic swing of the camera that goes up and into a tree — the better to watch the leaves blowing in the breeze — to the slow tracking shot toward the edge of a well at the movie’s taut and remarkable climax. And in another brilliant sequence, he sees a body in the field from far away, and remains frozen for several seconds, unsure whether to advanceor retreat. In each case, the images reflect a broader quest for answers in a world that only reveals itself in piecemeal.

That’s a welcome challenge found in all of Ceylan’s films, but “The Wild Pear Tree” crystallizes them with a surprising degree of pathos along with its rigid formalism. The daunting running time serves the story so well it’s impossible to imagine the movie at any other length. Ceylan may not be a filmmaker who compromises his style, but with “The Wild Pear Tree,” he manages to inject familiar emotions into a movie that’s all about wrestling creative ambitions into a relatable whole.

“The Wild Pear Tree” premiered in Official Competition at the 2018 Cannes Film Festival. It is currently seeking distribution.