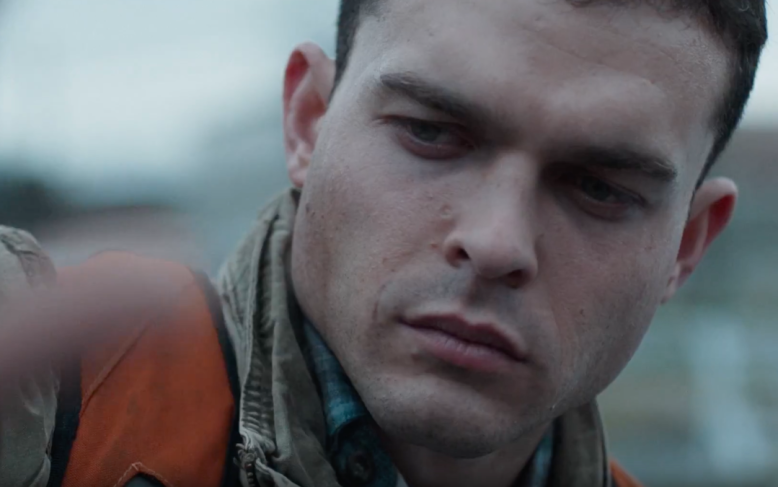 Everyone is going to know Alden Ehrenreich’s name later this month when Disney releases “Solo: A Star Wars Solo” around the world, which should only get more eyeballs on the indie war drama “The Yellow Birds.” The film is the latest from “Blue Caprice” director Alexandre Moors and debuted at the Sundance Film Festival earlier this year.

“The Yellow Birds” stars Ehrenreich and “Ready Player One” star Tye Sheridan as soldiers who become friends during a tour in Iraq. After a tragedy strikes their platoon, Ehrenreich’s solider must return home and pick up the pieces of his life, which includes helping a grieving mother find peace. Toni Collette and Jennifer Aniston co-star.

With its mix of psychological drama and intense war scenes, “The Yellow Birds” looks like a compelling mix of “The Hurt Locker” and Moors’ own “Blue Caprice.” Moors is known for shooting in close-up to create a level of intimacy between his characters and the viewer, and the trailer below makes it clear “The Yellow Birds” functions in a similar way.

“The Yellow Birds” will be available exclusively on DirecTV from May 17 to June 13. Lionsgate will give the drama a limited theatrical release beginning June 15. Watch the official trailer below.

This Article is related to: Film and tagged Alden Ehrenreich, The Yellow Birds, Tye Sheridan, Video