The director's latest thoughtful work widens his lens to look beyond his own challenges with artistic oppression. 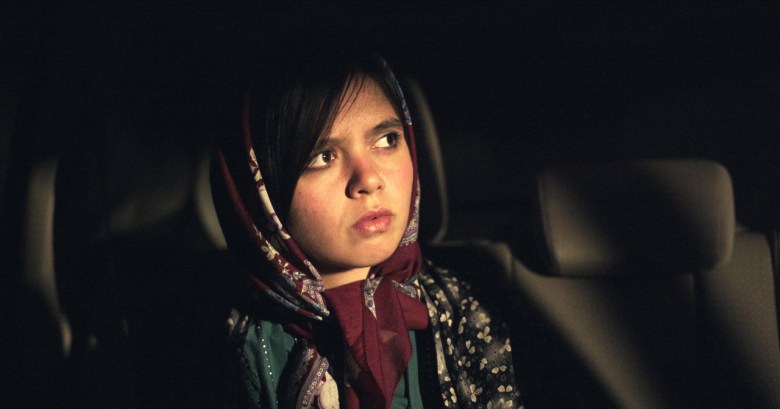 Jafar Panahi was banned from filmmaking by the Iranian government, but the decree only led him to make movies in a different kind of way. Starting with the meta-documentary “This Is Not a Film” in 2011, Panahi’s creative frustrations have taken center stage in various inventive ways: In “Closed Curtain,” the allegorical tale of thieves on the lam folds into a broader creative lament when the filmmaker enters the frame to contemplate his characters, while the acclaimed “Taxi” found his camera exclusively in the confines of the titular vehicle as Panahi drove around Tehran.

The fourth entry in this innovative period, “Three Faces,” finds him acting in another story seemingly pulled from his real experiences — although this time, he’s more of the supporting character in a meandering but often insightful exploration of censorship and oppression in a society that accepts those phenomena as facts of life.

It starts with a call for help. Teen Mariziyeh (Marizyeh Rezaei) records a jittery video on her phone, addressing celebrity actress Behnaz Jafari, whom Mariziyeh says she’s been trying to contact to no avail. Hailing from a small, religious village in rural Turkey, Mariziyeh is desperate to leave home and pursue a career in entertainment, but her parents won’t hear it. The girl concluded that only Jafari can help talk her folks out of it, but having given up on ever reaching the star, Mariziyeh has decided to hang herself in a cave. The phone catapults to the ground. Did she go through with it?

Cut to a despondent Jafari, sitting in a car with Panahi, and contemplating that cliffhanger. Having fled a movie set when she heard the news, Jafari turns to the filmmaker to demand that they track down the source of the video to determine if the young woman really committed suicide. As Panahi’s typical slow-moving camera circulates through the vehicle and the decision to hit the road takes shape, an aura of mystery takes hold several fronts: Panahi seems to wink at audiences who have followed his on-camera exploits in several years, as his actions will dictate the narrative to come. He starts to drive.

At first, “Three Faces” becomes a pensive road trip, with duo crossing the border into Turkey and making their way to Mariziyeh’s village. Once there, they find her squabbling relatives and best friend Maedeh (Maedeh Erteghaei), initially under the auspices of uncovering the missing girl’s whereabouts. But with time, they engulf themselves in the small community, contemplating the alienation and yearning at the root of provincial life. Whereas Panahi’s last three features were solipsistic mission statements, in this case, he extends his fixations to the region as a whole.

As usual, the movie opens with a tantalizing premise and the immediate uncertainty about where it might go next. Ultimately, it offers less payoff, but the journey there is riddled with fascinating local color. As Panahi and Maedeh come across an elderly woman lying in her grave, and a sick cow blocking the road, the minimalist setting starts to feel like an apocalyptic wasteland. Yet even here, the movie concludes, young people harbor dreams of making it big and exploring the world. For the first time, this celebrated director’s legal problems shrink in the context of a much bigger picture.

For the most part, he cedes control to Jafari, whose mixture of outrage and empathy for the young woman who reached out to her becomes a centerpiece of the drama. At first, Jafari seems primarily concerned with exonerating herself from the guilt of causing a suicide; with time, however, a newfound responsibility takes shape, and “Three Faces” feels more in line with the canny feminist leanings of Panahi’s earlier films, from “The Mirror” to “Offside.”

Still, once the movie settles into its groove and lays out the bulk of its premise, Panahi seems almost too content to simmer in the setting and give up developing it much further. The story comes to a halt and staggers along through its second half, tidying up loose ends before regaining some of its appeal in the closing minutes, when Jafari takes back control of the material. Panahi can’t help but inject some of his usual meta-narrative finessing, with Jafari growing suspicious of the director’s intentions after recalling a project he pitched to her that bears notable similarities to their current circumstances. Are we watching the movie he conceived? In this case, such playful narrative questions are irrelevant to the more complex themes in play.

But even as “Three Faces” staggers along, it maintains the unique blend of introspection and intrigue that defines this singular director’s talent. At one point, the filmmaker’s mother calls him, concerned about reports that he’s making another movie in defiance of the government’s ban. He assures her they’re just “rumors,” and that might not be a lie — “Three Faces” is more of a feature-length sketch, with its snapshot of characters designed to widen the lens on a country determined on narrowing it. The closing shot mirrors the end of “Taxi”: another static image shot through a windshield, with characters wandering toward the horizon, uncertain of their destination but willing to keep moving anyway.

“Three Faces” premiered at the 2018 Cannes Film Festival. It is currently seeking distribution.