Exclusive: Filmmaker Kevin Macdonald talks about how he was able to confirm Houston's abuse, just two weeks before he finished editing "Whitney." 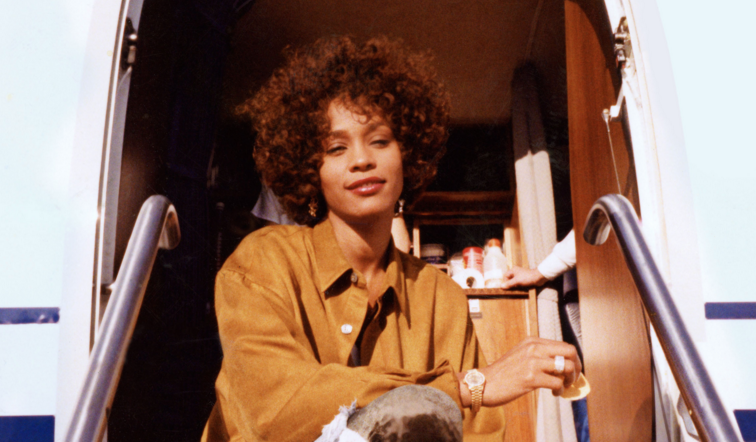 Scottish filmmaker Kevin Macdonald was nearly finished conducting interviews for “Whitney,” his explosive new documentary about the late Whitney Houston, when he came across a revelation: Houston’s brother, Gary Houston, told the director that his cousin, late soul musician Dee Dee Warwick, sexually abused Gary as a child. Additionally, Gary added, he believed that Warwick also abused his sister as a child.

“Whitney,” which premiered at midnight at the 2018 Cannes Film Festival, confirms that charge with multiple sources who were close to Whitney Houston prior to her death from drowning in a bathtub in 2012. (Her daughter, Bobbi Kristina Brown, died three years later.) The information arrives near the end of an involving documentary about the singer’s bumpy life, from the dissolution of her family to her tabloid marriage to Bobby Brown. Similar to 2015’s Oscar-winning documentary “Amy,” which detailed the behind-the-scenes struggles of Amy Winehouse as she developed her public profile, “Whitney” is at once a celebration of the singer’s talent and an investigation into the tragic circumstances that complicated her life.

The movie touches on Houston’s sexuality, including her alleged affair with longtime companion Robyn Crawford, as well as her struggles to remain in the public eye while fighting off a debilitating drug addiction. Anyone familiar with Houston’s career will find many of these details familiar, but the details about her childhood abuse — within the confines of a family comprised of entertainers — speaks volumes about her incapacity to resolve many issues that plagued her life. McDonald, whose previous documentary credits include the Bob Marley portrait “Marley,” is making his Cannes debut with the project, which Roadside Attractions will release stateside July 6.

A few hours before the midnight premiere, he sat down with IndieWire to explain the genesis of the movie’s big reveal, as well as his approach to maintaining control over the project despite the involvement of Houston’s family.

When did you first come across reports that Houston had been sexually abused?

I’d been working on a film I never finished about child sexual abuse and it just rang a bell with me. Then I started to ask questions. That led somebody to tell me, Whitney told me she was abused, but they wouldn’t go on camera. Then Gary the brother told me he was abused by Dee Dee. So it’s not allegations. He’s saying I was abused by this person and told me, ‘I think she abused Whitney.’ Pat Houston, who’s here, told me that, yeah, Whitney had told her this but not given any details. For about two months, that was all I had. Then [Houston’s aunt] Mary Jones, who was her assistant for a long time and was with her every day for the last 10 years of her life, decided she wanted to talk about it.

She decided this was the elephant in the room that nobody wanted to talk about, this was the thing that to her — she had a sister who had been abused in her childhood, and she felt so strongly that this was the thing that was the catalyst of so many things in Whitney’s life. She wanted to talk about it. That was the last interview I did two weeks before I finished the edit, and I had to rejiggle the whole film. The reason it was so late in the film was because it was an investigation. I wanted to represent that this was something that came very late and revised the whole way I felt about the story and the way to represent that in the film was three quarters of the way through to have people see the earlier parts of the film in a new way.

How do you think this might impact her legacy?

Does anyone else from Houston’s life know about these revelations?

I don’t think anyone else other than the people who talk about it are aware. That’s my guess. I don’t know that for sure.

What about Bobby Brown?

I asked Bobby. He claims not to know and I wouldn’t be surprised if she didn’t tell him. When you hear Mary Jones talking about it at the end, the shame that Whitney had about it, the fact that she couldn’t talk to her own mother about it … I can’t imagine she would have gone there, but this is all supposition. I don’t want this to feel like a salacious tabloid thing. I want it to feel like a serious film about someone people don’t take seriously.

When did you first become involved with this project?

I signed on at Sundance 2016 or just a month or two after that. That was where I met Whitney’s agent, Nicole David, who was the one who convinced me there was a movie in this. She said, “You have to make the movie.” There’s a kind of mystery about Whitney. She was sort of an unknowable person. I wanted the audience to go on the journey with me. It’s kind of an investigation. I’m the judge and the jury.

How did you work with the family to develop an authorized project where you still had control?

The family is here, represented by Pat [wife of Houston’s brother Gary and executor of Houston’s estate]. They were very true to their work. I signed on to the film under the understanding that I had final cut, but they could see early cuts, I’d listen to their comments without any obligation to do anything about it. There are obviously upsetting things in the film for them and they’ve been really great about it.

Why do you think that is?

They knew that was the only way they could get somebody good to sign up to do this film was if the filmmaker had that freedom. I’d had that experience on my film before about Bob Marley. That film was authorized. They gave me access to everything. I had final cut.

With Whitney, it’s more obvious why they’d do that, because what is there to lose? If you allow somebody to humanize her, and help an audience understand her, that could only lead people to reengage with her and rekindle a love if they’ve lost it for her. Or sympathizing with her.

We hear you off-camera in the film trying to ask Bobby Brown about Houston’s drug addiction. He refuses to talk about it. What did he expect?

I only left that in because it situates something. Bobby Brown is there through all of this, but it’s just kind of a way for him to say, “I’m not going to talk about all of this. I’m not ready.” I think he hasn’t reached a place in his life where he’s ready or mature enough to analyze his own past. He’s still in denial about all that. This is what he says: “I’m not going to talk about it.” That felt like the honest thing to do. How many interviews did you leave out?

I had a lot of people I talked to who were incredibly banal. Trying to get beyond the banal was really difficult. I’ve never done a documentary where so many people wound up on the cutting-room floor. Fifty percent. I interviewed a few stars like Jennifer Hudson. They don’t have anything interesting to say. Unless people are willing to go there, it’s not very interesting. What’s so interesting about her is that she is unknowable because she didn’t know herself. That’s what the film is. How do you make a film about somebody who doesn’t even know who they are themselves?

What sort of observations did you hear more than once across multiple interviews?

All the way through the film, people kept saying, ‘You know, she’s really simple. Why are you asking all these questions?’ And they’re right, in a way. She’s simple because you’re never going to really know her. The reason I used that song “Home” at the beginning and the end is because she’s just yearning for the security of family and home that she experienced for a short time in her childhood. Everything is a yearning to get back to that. She’s a young kid growing up in a black community where she was felt like she was too white.

This Article is related to: Film and tagged Cannes, Whitney, Whitney Houston