A.B. Shawky's first feature — the only debut in Cannes 2018 competition — has one of the more remarkable characters in recent cinema. 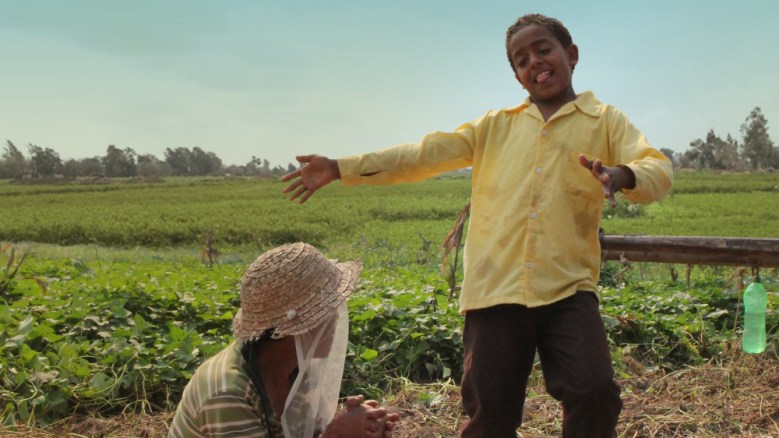 Beshay (Rady Gamal) is one of the most distinctive characters in recent cinema: a man afflicted by leprosy, traveling across Egypt after his wife’s death to find his long-lost relatives. The best thing about writer-director A.B. Shawky’s feature-length debut — the only debut in competition at the 2018 Cannes Film Festival — is the way it burrows inside Beshay’s life without devolving into a pity party.

Gamal, a genuine discovery who serves as the key to the movie’s emotional core, delivers a tender, heartwarming performance that sits well with Shawky’s naturalistic style. He’s complimented by another newcomer, Ahmed Abedelhafiz, playing orphaned adolescent Obama, who accompanies Beshay on his journey. Together, the pair transform the gimmicky connotations of a buddy movie about being ostracized into, well, a decent buddy movie.

Shawky’s breezy plot plays like a Middle Eastern answer to Italian neorealism, peering beyond the most obvious narratives of the culture to mine for the authentic representations of under-seen lives. “Yomeddine” begins in a self-contained world and then pierces it, allowing Beshay to explore whether the society beyond the leper colony where he grew up even wants him there. Naturally, he faces a harsh reality check before gaining a newfound appreciation for his life. Little about that arc comes as a surprise, but Shawky makes the likable journey worthwhile anyway.

Somewhere around the age of 40 (he’s not quite sure), Beshay was taken to the colony as a child, and never left. His hands withered long ago and much of his face is blotted with scars, but he seems to have settled into the rhythms of his limited environment. He got married to another leper, but his wife’s been locked up for a mental illness, and so he spends his days gathering trash at a junkyard dubbed “Garbage Mountain.” He drifts through the dusty outdoor enclosure, going about his daily routine on autopilot. “Greetings, sick people,” he sighs as he passes his neighbors, and receives a perfunctory reply.

These nuanced scenes have a near-documentary quality for good reason: “Yomeddine” stems from Shawky’s non-fiction short “The Colony,” which explores the same setting, but here it’s a mere starting point for a whole new adventure. After Beshay’s wife dies suddenly and he encounters her mother, he begins to to contemplate his own long-lost relatives; on a whim, he decides to find them, and the plucky Obama (whose name is the source of constant baffled stares) from the neighboring orphanage forces Beshay to take him along with him. So begin their bittersweet travels, as the pair make their way with a rickety wagon and a donkey across desert roads and follow the Nile River to Qena, where an old file suggests Beshay might find the family that left him years ago.

Beshay’s good-natured determination faces one hardship after another. After a broken wagon, sudden injuries, discriminatory police officers, and cruel train passengers all complicate his trip, he’s left in a fragile state at odds with his determination. Nobody understands why he bothers to press on, either because societal malaise has left them all jaded or religion told them not to mess with fate.

“Leave it to God,” he is told, time and again, which only further emboldens his drive. Obama, meanwhile, continues alongside Beshay with constant jubilance, his energetic idealism refueling their trip whenever the well starts to run dry.

There’s plenty of “Bicycle Thieves” here in the way their sincerity keeps hitting a wall, though “Yomeddine” lacks the emotional clarity of the father-son bond in that seminal work. At times, it suffers from an aimlessness that drags even at just 97 minutes, but the movie arrives at a touching payoff once Beshay finally reaches his destination and must decide on his future. And a few moments catapult beyond the limitations of the material to reach for wrenching extremes, none more than when he drops a veil used to hide his malady in public and cries out, “I’m a human being!” as shocked onlookers try to look the other way.

Fortunately, Shawky doesn’t give viewers the option. From its very first frames, “Yomeddine” places Beshay’s contemplative face in closeup throughout, and it becomes a vessel for the movie’s gentle oscillation between sad and defiant moments.

“Yomeddine” is at its best when it shows these characters developing a united front, particularly in one extended sequence where they join forces with two disabled men and find much familiarity in their resolve. “We live in hope that on Judgement Day,” one says, “we’ll all be equals.” It just so happens that “Yomeddine” literally translates as Judgement Day, and while the movie never transforms into a biblical reckoning, it allows Beshay to enact a Judgement Day of his own about the next steps of a life that has always been under his control. The movie lands on the tantalizing suggestion that while being an outcast can lead to anger and frustration, those same emotions can also be a source of pride.

“Yommeddine” premiered in Official Competition at the 2018 Cannes Film Festival. It is currently seeking distribution.

This Article is related to: Film and tagged A.B. Shawky, Cannes, Reviews, Yomeddine