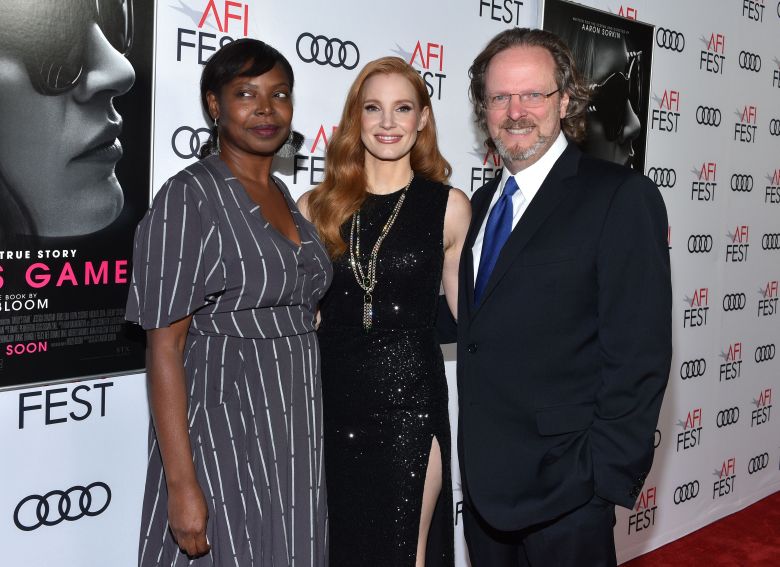 The 50-year-old American Film Institute is merging the staffs of its two film festivals, Los Angeles’ AFI FEST (November 8–15) and Washington, D.C’s AFI DOCS (June 13-17) — and with that, the nonprofit is losing AFI FEST MVP Jacqueline Lyanga. Over her eight years as festival director, Lyanga built what many say is impossible: a world-class film festival in Hollywood. When AFI president and CEO Bob Gazzale began discussions this spring about merging the festivals’ teams, Lyanga chose to leave.

She could have led both festivals, but the conversation didn’t get that far. She wasn’t willing, sources say, to run them with fewer people doing more work. But the budgets for both festivals are going up, Gazzale told me: “Our goal is to be more efficient for the benefit of the films and filmmakers.”

Lyanga will consult with AFI through June. As she looks at other opportunities — there are many — two of her lieutenants have left for other jobs: senior programmer Jenn Murphy and AFI Festivals coordinator Lily Niu.

AFI FEST will now be run by Michael Lumpkin, director of AFI DOCS since 2015. He was the executive director of the International Documentary Association for six years, and headed Frameline and its San Francisco International LGBTQ Film Festival for 25 years. He also produced HBO’s 1995 documentary “The Celluloid Closet.” Lumpkin will lean on Lyanga’s chief programmer, Lane Kneedler, for the international perspective. Kneedler will now lead a team of programmers for both events, including Lumpkin’s head programmer at AFI DOCS, Mimi Brody. The two events will continue to operate as separate festivals, but year-round programming and operations will be combined to streamline efforts with studios, distributors, sponsors, and cultural partners. Gazzale is excited about the two festivals helping each other. “Both events were operating well, and I was proud of both,” he said. “But I saw double the effort on staff, in publicity and marketing, and programmers calling the same distributors, and both festivals have the same sponsors, AT&T, Netflix, and Vimeo. I felt this would be smarter and more efficient. I wanted Michael Lumpkin because he was there, as we reorganize the way we do business.”

It’s notable that, under Lyanga, AFI FEST was the only major American film festival led by a woman of color (Stephanie Allain left Los Angeles Film Festival two years ago). More significant is Lyanga’s direction led AFI FEST to evolve and grow in scale, scope, and influence. “Under her leadership the festival went to a new level, no question about it,” Gazzale said.

When Lyanga became director in 2010, media impressions of the festival were 2.6 billion; in 2017, they were at 12 billion. She built a diverse programming staff and curated a rich cultural program, including record numbers of women directors. “That enabled us to have all these different voices essential to curation,” Lyanga told me. “That’s how to have an exciting festival program.”

She brought in AFI FEST artistic directors David Lynch, Pedro Almodovar, and Agnes Varda, added a classic cinema section, and last year launched a comprehensive retrospective program, along with mounting educational screenings for middle and high school students, an AFI storytelling boot camp at LA schools, and a premiere tech showcase in 2014 that has grown with the rise of immersive content.

AFI also became an influential stop on the road to Oscar, premiering Steven Spielberg’s “Lincoln,” Ava DuVernay’s “Selma,” Clint Eastwood’s “American Sniper,” and Adam McKay’s “The Big Short.” Last year, the festival opened with a Netflix movie that had already played many festivals but Lyanga felt was a crucial programming choice: Dee Rees’ “Mudbound.” (It scored four Oscar nominations.) AFI also mounted tributes to Isabelle Huppert and Charlotte Rampling in the years they were nominated for Best Actress for “Elle” and “45 Years,” respectively.

She programmed not only Damien Chazelle’s Oscar-winner “La La Land,” but also his first feature, “Guy and Madeline on a Park Bench;” similarly, she booked Asghar Farhadi’s two Oscar-winners, “A Separation” and “The Salesman” as well as his 2009 “About Elly.”  Sebastian Leilo showed “Gloria” and returned with his eventual Oscar-winner, “A Fantastic Woman.” Lyanga, who studied art history at the University of Toronto and graduated from the AFI Conservatory, started at the AFI in 2005 and took over from mentor Rose Kuo as director of AFI FEST in 2010. Kuo left after only three years in a similar dispute over the festival budget.

“There is a place where distribution, marketing and film promotion, and love of cinema can co-exist, building audiences for filmmakers,” Lyanga said. “Festivals can set a tone, inspire and influence in the best possible way so much content as curation becomes more important, to put the spotlight on the great masters.”

Clearly, the two festivals competed for AFI’s limited resources, and Gazzale wants to streamline and simplify his sprawling organization. But he may have thrown the baby out with the bathwater and lost a rising star in the process. And this comes just as Film Independent moves its Los Angeles Film Festival into the crowded fall festival circuit; under Lyanga, AFI was the dominant L.A. player for the fall awards contenders.

And then there are the optics: At a time when the Sundance Film Festival is investing in director of programming Kim Yutani, the AFI Festivals will now be run by two white men.

“Jacqueline has established her international cinema cred over years and years of pounding the pavement at festivals around the world and has deep relationships,” said Film Society of Lincoln Center Deputy Director Eugene Hernandez. “She’ll be an asset to anybody who would hire her.”

Of course, Lumpkin and Kneedler have nurtured strong relationships, too. They will need them. “It shakes you up a little bit,” Lumpkin admitted. “It’s going to be the same great AFI FEST. Another part of leading both festivals that has me excited is the cross-pollination between these two worlds: There’s some interesting connections between Hollywood and Washington, DC and I can’t wait to get in there.”

Gazzale insists that “AFI is committed to diversity, always.” AFI DOCS 2018 opens Wednesday, and nearly half of the feature lineup is directed by women, including the opening-night world premiere of Juliane Dressner and Edwin Martinez’s “Personal Statement,” about three high school seniors fighting to get their peers, and themselves, into college; the Centerpiece Gala, Rory Kennedy’s “Above and Beyond: NASA’s Journey to Tomorrow;” and Tina Brown and Dyana Winkler’s racially charged “United Skates” for closing night.

“Look at our track record, and our commitment to diversity and inclusion,” Gazzale said. “The joy of a film festival is to embrace as many voices as possible out there in the world.”