Bourdain and Argento began dating in 2017 after the actress appeared on the Rome episode of the CNN series "Parts Unknown." 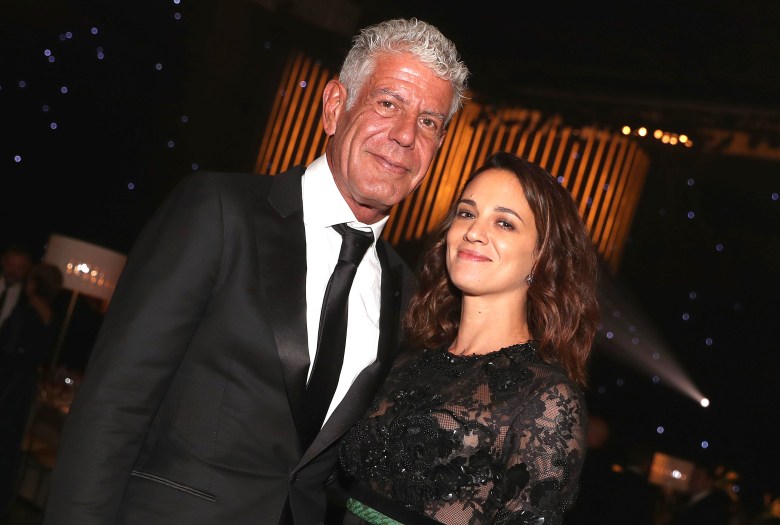 Asia Argento is remembering her late boyfriend Anthony Bourdain on social media. The Italian actress, filmmaker, and activist posted a statement on her official Twitter page in which she said she is “beyond devastated” over Bourdain’s passing and asked for her followers to respect her privacy at this time. Bourdain and Argento began dating in 2017 after the actress appeared on the Rome episode of the CNN series “Parts Unknown.”

“Anthony gave all of himself in everything that he did,” Argento wrote in a note. “His brilliant, fearless spirit touched and inspired so many, and his generosity knew no bounds. He was my love, my rock, my protector. I am beyond beyond devastated.  My thoughts are with his family. I would ask you respect their privacy and mine.”

Bourdain’s passing was confirmed by CNN on the morning of Friday, June 8. The network reported Bourdain was found unconscious in his hotel room in France, where he had been filming an episode of “Parts Unknown.” Numerous celebrities mourned Bourdain’s death on social media in the hours after his passing was confirmed, including Bryan Cranston, Rose McGowan, and fellow chef-turned-TV-host Gordon Ramsay.

Argento has been in the spotlight for the last several months after accusing Harvey Weinstein of rape. Bourdain was one of Argento’s biggest supporters on social media and often slammed Weinstein online, most recently tweeting a prison menu after the disgraced ex-studio mogul was arrested on charges of rape. After Argento accused Weinstein of rape, Bourdain reacted by posting, “I am proud and honored to know you. You just did the hardest thing in the world.”

Argento’s statement is below.

This Article is related to: Television and tagged Anthony Bourdain, Asia Argento