Consider it the annual summer festival a welcome respite from the boom and bustle of a season crowded with big, bigger, and biggest blockbuster films. 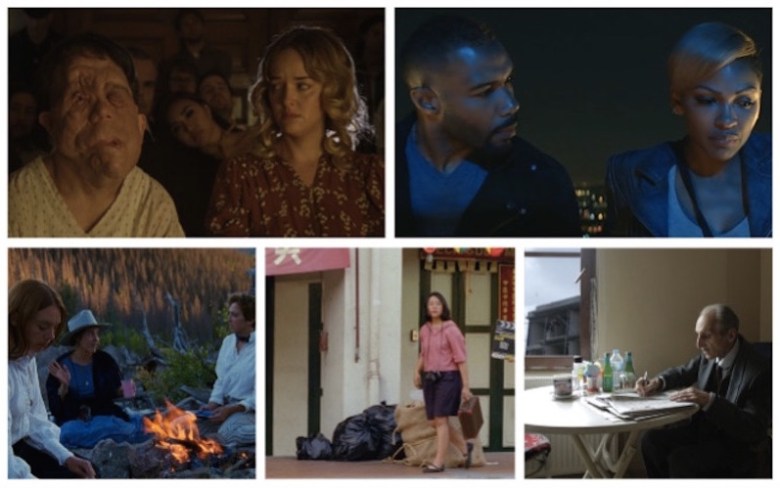 This month’s BAMcinemaFest isn’t just for New York cinephiles. The annual Brooklyn festival routinely boasts a slate that includes some of the year’s best indie offerings from festivals earlier in the year, and while the latest edition is no exception, it has also has a number of notable world premieres and under-the-radar offerings.

Consider it a welcome respite from the boom and bustle of a summer season crowded with the biggest blockbuster films. The festival opens with “Sorry to Bother You,” Boots Riley’s Sundance-acclaimed racial satire, and closes with Josephine Decker’s surreal New York character study “Madeline’s Madeline.” In between, there are a number of distinctive cinematic experiences.

Read More: BAMcinemaFest Announces 2018 Lineup, Including ‘Madeline’s Madeline’ and ‘Sorry to Bother You’

Check out IndieWire’s must-see picks below. This year’s BAMcinemaFest kicks off June 20 and runs until July 1. No matter your political leanings, so much of last year’s Sundance Film Festival felt utterly suffocated by the political sea change washing over the country, capped off by the presidential inauguration on the very first day. It wasn’t exactly a joyous moment in the creative community – on inauguration day, downtown Park City was filled up by the women’s march, created as an act of resistance that so many felt was necessary – and the idea of returning back to the festival a year later to see a film that spoke to those same energies and frustrations felt, quite frankly, like a big ask.

Which is perhaps why some people slept on Qasim Basir’s “A Girl. A Boy. A Dream” at this year’s Sundance. The charming, lived-in romantic drama is set over the course of one night (election night, naturally) and follows two strangers (Omari Hardwick and Meagan Good) as they meet-cute and are forced to reckon with the kind of unstoppable outcome neither saw coming. It’s got the bones of an involving rom-com, but set against such an emotional time in United States history that it goes beyond those genre limitations and transforms into something revelatory. Hardwick and Good are fantastic together, and their chemistry anchors some of Basir’s more out-there narrative choices. It’s not a movie about the election – at least, it’s much more than that – and unfolds as both a heartfelt romance and a compelling document about a night no one could forget. –Kate Erbland A bizarro, non-linear comedy about graduate students on vacation in the early 1990s, the delightfully off-kilter “L for Leisure” was the rarest kind of indie film: a true original. Now, directors Whitney Horn and Lev Kalman are back with a follow-up that sounds like a natural extension of their previous work, and also way stranger than anything they’ve made before. Another deadpan period adventure that transports modern tonalities into forgotten worlds, “Two Plains & a Fancy” takes us back to the glory days of 1893, as three New Yorkers wander off into the Colorado desert in search of the area’s famous hot springs. What sounds like a perfect recipe for survival horror soon veers into Jarmusch territory, as Horn and Kalman confront their characters with everything from sex ghosts to spirit cats, staking their own singular claim in the wilds of 21st century surrealism. –David Ehrlich As questions of representation swirl around modern cinema with a greater intensity than ever before, Aaron Schimberg’s fascinating, enigmatic “Chained For Life” provides a remarkable new angle on the discussion. Opening with a Pauline Kael quote about the beauty of actors, this striking work of meta storytelling revolves around Mabel (a dynamic Jess Weixler), the star of a bizarre experimental laboratory horror movie lorded over by a self-absorbed auteur doing his best Werner Herzog impersonation. It’s already an absorbing setup that flits between Mabel’s perception of the eerie movie-within-a-movie and the set’s cold matter-of-factness when it careens into more provocative terrain. When the rest of the cast shows up, they’re a range of people with physical deformities forced to play variations on themselves, and Mabel’s paired with her co-star — played by Adam Pearson, best known as the man with neurofibromatosis in “Under the Skin.”

His enlarged face, already an object of fascination in current cinema, finds a natural vehicle in the ensuing plot, as Mabel wrestles with the challenge of developing chemistry with the actor while pitying him at the same time. There’s an extraordinary uncertainty to many scenes that call into question the nature of filmmaking itself, and the degree to which physical exhibition can lead to exploitative extremes, but Schimberg manages to pose more tantalizing questions than firm answers. The result has the polemical intensity of Todd Browning’s “Freaks” paired with a disjunctive audiovisual design reminiscent of “Barbarian Sound Studio” — in other words, a truly mesmerizing mind trip of a movie sure to leave audiences reeling and pondering its mysteries long after the credits roll. –Eric Kohn The filmmaker-as-documentary-subject genre has fewer entries than one might hope, but that’s probably because it’s so hard to do well. The personal discoveries at the heart of Sarah Polley’s “Stories We Tell” or Nathaniel Kahn’s “My Architect” add fascinating layers to their respective stories, grounding the viewer in the filmmaker’s journey. In “Shirkers,” Sandi Tan retraces her first steps as a young filmmaker, weaving formerly lost 16mm footage with her investigation 20 years later of how it got lost in the first place. When Tan was a teenager in ’90s-era Singapore, she wrote a feminist road trip film, directed by her older American teacher. He eventually absconded with the film canisters, and Singapore’s first road movie never saw the light of day — until now. The movie about making a movie premiered at Sundance earlier this year to widely positive reviews, with critics hailing Tan as an exciting cinematic voice we came very close to losing. –Jude Dry A documentary set in a Turkish old age home might not sound exciting, but through the lens of Shevaun Mizrahi, it becomes a stage for a remarkable piece of cinematic nonfiction. Mizrahi captures residents’ stories of youth — ranging from surviving the Armenian genocide to chronicling sexual exploits — in a haunting winter daylight that transforms the bleak institution into an ethereal tower. Mizrahi’s film is a meditation on the relationship of young and old, as she carefully interweaves scenes of the employees’ Jarmusch-like elevator rides and images of Istanbul being rebuilt outside the residents’ windows. –Chris O’Falt

This Article is related to: Film and tagged BAMcinemafest