Season 3 offered big changes in a solid, if slightly predictable finale, but what's coming next looks to mark a major breakthrough for the series. 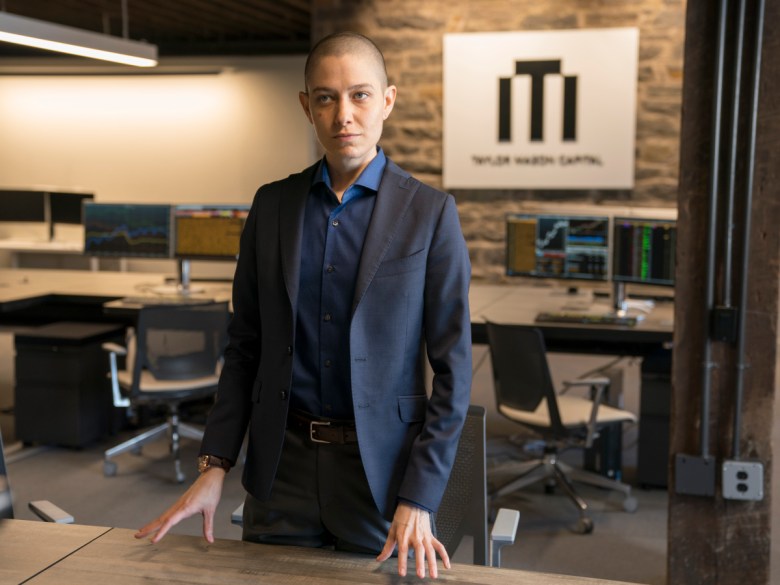 The past two “Billions” finales built toward big confrontations between Chuck Rhodes (Paul Giamatti) and Bobby Axelrod (Damian Lewis). And that made sense: The two financial titans were on opposite sides of the line; more than that, they were at war. But Season 3 saw a softening of the opponents, much like the series itself has softened. Turning showy bombast into gleeful fun, the Showtime drama has developed into a thoroughly entertaining hour of television with well-constructed twists, intense personal vendettas, and more than a few winks to the audience along the way.

The twists in the Season 3 finale weren’t all that stunning; the biggest this season — that Taylor (Asia Kate Dillon) has started their own capital venture — landed in the penultimate episode, and the other major blow (Chuck getting fired) proves predictable to anyone familiar with the show’s structure. (Just knowing how much time is left in the episode makes it obvious Chuck’s plan isn’t going to work and will likely flip on him.) But surprises aren’t the focus, and neither are the showdowns. Though Axe and Taylor briefly square off, as do Chuck and “Jock” (Clancy Brown), what matters in “Elmsley Count” is the three people brought together at episode’s end. Chuck, Axe, and Wendy (Maggie Siff) are on the same team now, and as the wisest among them points out, “There’s no one better at breaking down a strategy.” These three are going to do some damage in Season 4, and given how delightful their oh-so-short dining room table rendezvous were in Season 3, it’s delectable to picture what they’ll cook up in a year’s time.

In fact, anyone disappointed not to be floored by the finale (or the season in general) should still appreciate the upcoming benefits. Just look at one of the most tempting conflicts: Axe hiring Grigor (John Malkovich) to take down Taylor. If he gives the go-ahead this episode, it sets off a series of events that’s impossible to predict; there’s a power battle between one of the richest men on the planet (Axe) and one of the most ruthless (Grigor). Axe crossing that line would have been a huge choice and something that had fans talking all the way up until next season.

But it wouldn’t have gelled with Axe’s personality. He doesn’t farm out his dirty work; not when it’s personal. Moreover, writers Brian Koppelman and David Levien made sure to plant a key line to help viewers understand this motivation: What’s his objective with Taylor? “Total destruction — but not out of anger.” Axe is protecting himself, even if he is (somewhere inside) hurt by their betrayal. He can’t afford to be seen as someone who trains employees into better traders than he is, so his vengeance can’t be extracted in blood. It has to be drawn from money. So for as much as Axe accepting Grigor’s offer would’ve stirred the fandom’s fires in the here and now, rejecting him — and potentially facing off against him later — makes Axe’s quest all the more noble and all the more interesting. Next year pits him against an enemy who will be desperate to prove themselves, especially after Wendy’s warning that they’re “too young.” That also made it personal for Wendy, and getting her invested in Axe’s scheming helps loop Chuck in, which forms the holy trinity of badass money managers. They’ll prey (pray?) on those they deem sinners together, and holy shit is that worth getting excited about.

The only question now is whether Season 4 can live up to the hype. In the past, perhaps more skepticism would be appropriate. “Billions” had a mediocre first season before delivering a helluva turnaround in Season 2. Season 3 had similar moments of greatness — the court case played out beautifully — and provided enough short-term dividends to make the long-term investment not only worth it, but quite fun.

Beyond that, the episodes also showed impressive maturity in their vision. Pieces are being set up for the long play just like Axe, Chuck, and Wendy are working on themselves. The show is mimicking its characters’ as the best version of itself, and because Season 4 is set to unite them in attack formation for the first time, it’s lined up to be a game-changer. Midway through the first season, it was impossible to imagine Chuck and Axe working together. Now, it’s all we can think about. Well done, team.

“Billions” Season 3 is available to stream via Showtime. Showtime has renewed the drama for Season 4, expected in 2019.

This Article is related to: Television and tagged Billions, Showtime, TV Episode Reviews