Each episode of Netflix’s sci-fi anthology is like a standalone movie with its own look, location, director, and crew. Joel Collins is the one person tasked with making sure each episode is kept "painfully real." 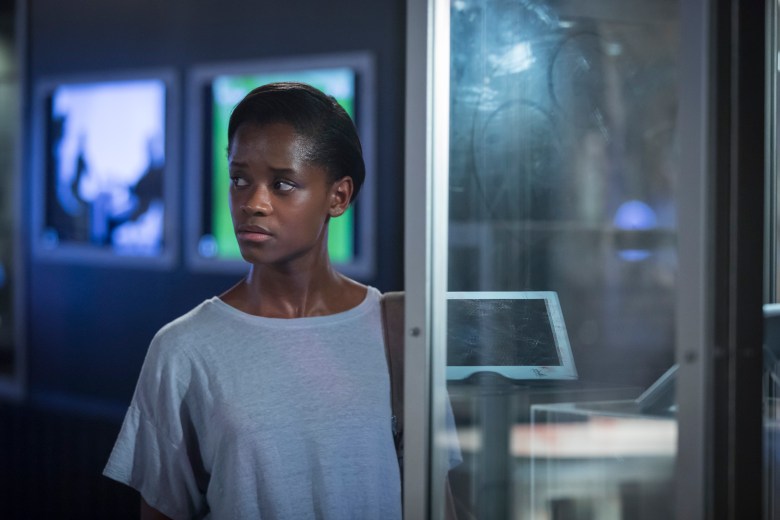 Each season of the sci-fi anthology series “Black Mirror” contains six standalone stories. Every episode is set in a distinct future world, often shot in a different location from the other episodes. Each installment has its own director and production crew, including department heads (cinematographer, costumer designer).

“They are their own individual films and they are structured like that [because it] allows them to have their own unique vision and feel,” said co-showrunner Annabel Jones in an interview with IndieWire. “We structure them as their own individual films and they are all produced independently, so the only continuity over the six are me and [creator-writer co-showrunner] Charlie [Brooker] and our series production designer, who is making sure they look all distinctive.”

Seven years ago, when production designer Joel Collins was approached about working on one of the first three episodes of the anthology series, he didn’t think the job made any sense.

“I felt like it would be misleading to understand the show from a design perspective if you were only doing one and someone was doing another, because who is going to manage something as simple as the same chair being in every single episode?” said Collins. “And who is going to make sure the big things are different enough and the small things not being the same? I said, ‘I’ll do it all if that’s okay, if not, I don’t think I should be involved.’ I also said, ‘By the way, I’d also like to do the title sequence, the motion graphics [he came up with the cracked mirror logo], and have a role in the visual effects, if that’s okay.'” The unorthodox counter proposal to what was a straight-forward job offer set into a motion a collaboration with Brooker and Jones that has been nearly 12 months a year, going on seven years and counting, with Collins getting involved in episodes before they are even written. While every episode has its own production designer, before they begin prep, Collins has already gone through the visual adaptation with Brooker and Jones, figuring out how the technology devices anchoring each episodes story will look and operate, along with fleshing out each episode’s setting and shooting location.

One of the earliest conversations Brooker – who has written all but two of the series’ 19 episodes – and Collins had was what would the world look like in the near (five to 40 years) future. Collins believed the world would look remarkably similar, where small things impacted our daily lives, but that the big stuff stayed relatively the same. That sense of a relatable future was something that was key to Brooker’s stories working.

“If you look at science fiction movies and they want to think everything is now a tower of futurism, and I think with ‘Black Mirror’ it’s more obtainable,” said Collins. “Give the audience a chance to really think, ‘this is what’s right around the corner.’ And not draping complexity around the actors and action and the exposition, that takes the eye away from watching the prize, which is this very insular story playing out about people and how they interact with technology.” “Crocodile” from Season 4 of “Black Mirror”

Collins can relate to production designers’ desire to go big – or as he says “show boat” – and he knows that the sci-fi worlds of Brooker’s scripts are enticing canvases for his wide-eyed colleagues when they get the call to work on the show. Which is why one of his principal jobs is figuring out which episodes need to go big – for example “”USS Callister,” which is set in space – and which episodes need to be small, and/or grounded in reality – like the Jodie Foster-directed “Arkangel,” set in a recognizable blue collar steel town. According to Collins, there is a complex art to an anthology series that Jones, Brooker, and himself have discovered over the years; it’s something that needs to be curated.

“To create the exacting flow of differences between episodes, you need to make them all not too big, or all too bright, or all too dark,” said Collins. “I say that to everyone at the beginning, ‘listen, we could do anything, but let’s not.’ The next thing I tell everyone creatively – directors, everyone who comes on – ‘the only way to engage an audience in the time we have [most episodes are just under 60 minutes], without the bigger world surrounding this – because this is not a movie – is to make it obtainable. Make it so close to real, make it so close to tomorrow, make it painfully real.'”

For Brooker and Jones, the “painfully real” part often boils down to the show’s tech, where everything must pass Jones’ test of “Would I accept this technology into my life?” If the answer is no, she believes it will be hard for the audience to related and be engaged in a story that pivots how humans interact with technology in the near-future. “Crocodile” from Season 4 of “Black Mirror”

“A lot of it is product design,” said Brooker. “Often we are looking – could be the OS that you are going to see on onscreen, or it could be how the gizmo works in their hand – and we sit there like we’re Apple execs going, ‘but why would you need that?’ It’s always about simplifying and paring it down.”

Recognizable tech can be simple, like in “Arkangel” this season, where the devices are basically next-gen phones and iPad-like devices. Collins simply made them slimmer than is possible with today’s technology. The memory machine in “Crocodile” was far more complicated.

“We deliberated over how memories were and how hard they are to pin down,” said Collins. “Therefore the device couldn’t be like a phone or computer, it needed to have a bit of the same abstraction that memories have as a piece of tech.”

For inspiration, Brooker, a real gamer – he used to write video game reviews for a living – brought in a favorite game console of his from the 1980s. Collins found a slide viewer that required the user to look deep inside to actually see the slide.

“I like things very graphic, Charlie quite likes things that are slightly retro,” said Collins. “We discussed how that games in the 80s had this sort of lens inside and everything was playing out on a bad level inside it, so it wasn’t like a modern phone at the front. So the ‘Crocodile’ device became this thing that needed to be slightly obscured and deep within and memory is a bit like that.” While the resources that came with moving to Netflix after season two made a space episode (“USS Callister”) and the VFX of “Metalhead” possible, Collins says that biggest difference came with the ability to break out of the U.K. to search for locations. Right away, on “Nose Dive” in season three, he went to explore a small island he discovered online, that was five hours outside of Capetown.

“In the normal world people would think going there is insane, but I showed it to Charlie and we became in love with this idea with making ‘Nose Dive’ in this insular ‘Truman Show’-esque island in South Africa, that looks just like L.A., but it’s not,” said Collins. “The possibilities that Netflix gave us was I could get on that plane and we could explore to find places that could give an episode a flavor that it needed.”

This Article is related to: Awards and tagged Black Mirror, Charlie Brooker, production design, Toolkit, Top of the Line