Tarantino's "Once Upon a Time in Hollywood" takes place in 1969 Hollywood, so it's only fitting one of America's most famous movie theaters makes an appearance. 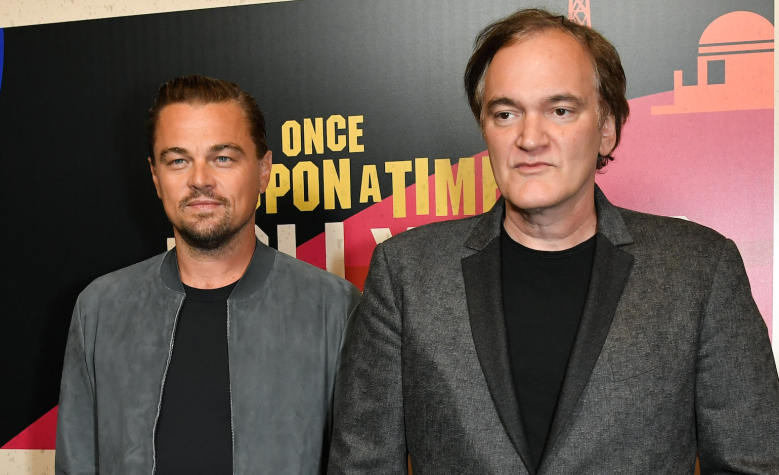 Among the Hollywood locations you can expect to see in Quentin Tarantino’s “Once Upon a Time in Hollywood” is the Cinerama Dome. Photos posted to social media featured period-specific posters, cars, and outfits from the 1960s, with the theater advertising Bernard L. Kowalski’s disaster movie “Krakatoa, East of Java,” which was released May 14, 1969.

According to a Cinerama employee who witnessed the shoot but requested anonymity, it was not a full-fledged production but more of a second-unit effort: “They just wanted to get the sun going down and the lights coming on.”

Twitter user J.S. Lewis posted a thread in which he explained he stumbled onto the set of Tarantino’s movie after his screening of “2001: A Space Odyssey” in the ome was moved to a different theater. Other Twitter users expressed frustration over the fact “2001” was bumped from the Dome so that an untitled Sony movie could use the space for production.

An Arclight Hollywood spokesperson would not confirm or deny Tarantino is filming at the Cinerama Dome, while Sony did not respond to IndieWire’s request for comment.

Tarantino’s “Hollywood” centers around an actor (Leonardo DiCaprio) and his stuntman (Brad Pitt) trying to break into the movie business. Details about how Charles Manson factors into the plot are still under wraps, although the official synopsis mentions the two actors live next door to Manson victim Sharon Tate (Margot Robbie). Tate was murdered on August 9, 1969.

“Once Upon a Time in Hollywood” opens in theaters August 9, 2019. Check out photos of the transformed Cinerama Dome below.

They’ve put up a bunch of retro posters for “Krakatoa: East of Java” out in front of the Dome which came out in 69. My wild theory is Tarantino is shooting his Manson movie there today.

Quentin Tarantino filming at the Arclight tonight: the exterior is dressed like it’s the 60s and Krakatoa is premiering again 🎬 pic.twitter.com/8wBUPlRu6y

After OCEAN’S EIGHT (some harmless fun) we went back to the Dome. They had wrapped shooting and we were able to take photos of the throwback set-up. pic.twitter.com/dwzlBSNZp7

This is what Sunset Blvd looked like today in front of the The Cinerama Dome! It was completely transformed back to 1969. I bet it was for the new #Tarantino film. pic.twitter.com/ESafpxbfkY

Jenna Marotta contributed to this report.