An old timey new trailer for Season 10 features Matthew Broderick in a lab coat, selling the Emmy-nominated interview series as short and sweet. 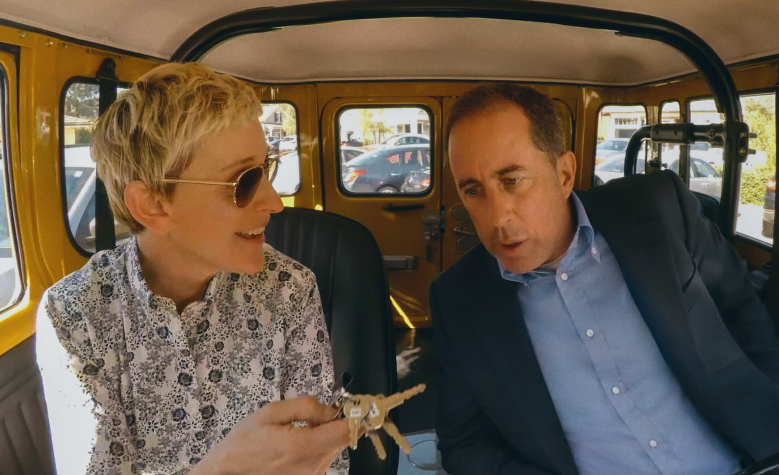 “Comedians in Cars Getting Coffee”

Jerry Seinfeld knows how much TV is out there, so he’s selling his Netflix show “Comedians in Cars Getting Coffee” as a brief morsel that doesn’t take too much time to enjoy. A lot like a tasty cup o’ joe.

“Don’t you have enough to keep track of without trying to remember who’s a wizard, who’s a machine, who’s a zombie?,” Seinfeld asks in the new trailer for Season 10 of the interview series. “Our average episode is only 14 minutes long. Unlike our competitors, we’re not trying to take you away from all you have to do. We think your life is pretty good.”

The Emmy-nominated Netflix series (originally on Crackle) features Seinfeld pairing a different vintage car to each of his venerated interview subjects. The two drive around town to a favorite out of the way diner or coffee shop and shoot the proverbial shit, often diving deep into what makes each comedian tick.

Check out the trailer below, featuring a guest appearance by Matthew Broderick.

This Article is related to: Television and tagged Comedians in Cars Getting Coffee, Ellen DeGeneres, Jerry Seinfeld