That surge in grosses for "A Wrinkle in Time" didn't happen by accident: How Disney pushed the film across the $100 million finish line. 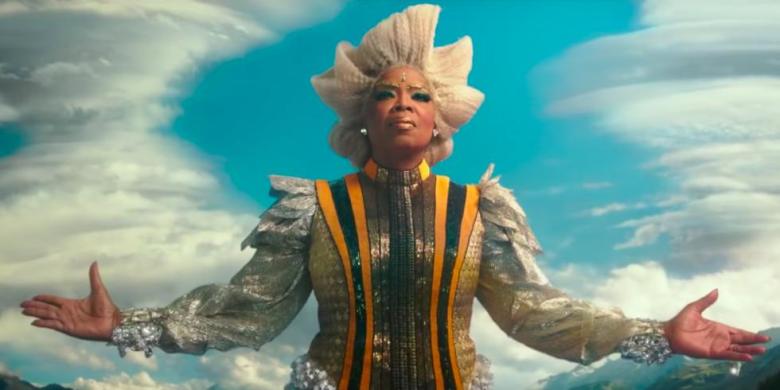 Because Disney is a public company, and one that doesn’t want a reputation of fudging facts, its Monday actuals acknowledged a $94,127 shortfall, for a total of $99,906,000. But by the end of the week it will certainly reach the $100 million mark, which is the current shorthand for a successful film. And by that measure, “A Wrinkle in Time” has finally unlocked that level of achievement. “Wrinkle” cost a reported $100 million; worldwide marketing costs would typically add at least $50 million more. With total grosses about $132 million (foreign was weak), the company likely will see film rentals of less than $70 million. That would be at least $80 million less than what the film and its release cost them, with returns from streaming, DVDs, cable, and other revenues falling short of breakeven.

Studios care about optics, and aren’t above manipulating box-office figures to maximize positive news. “Wrinkle,” with second-run dates largely behind it and initial home viewing venues already showing, looked like it would stop at about $98,300,000. And then this week — voila! It also became, not insignificantly, one of the rare female-directed titles to reach that level. How is that possible?

Two factors, neither of which are nefarious: “Incredibles 2,” and drive-in theaters. They might seem like a relic, but drive-in theaters still exist and they still play first-run films, mostly for famililes.

That made “Incredibles 2” a prime title for them. But drive-ins do things different in one big way, which gave Disney its opportunity. They always play a second feature — and that’s what gave “Wrinkle” its $100 million gold star.

Here’s how: Usually, the second drive-in feature is a  film held over from another distributor, with both films receiving a percentage of film rental from the gross. Sometimes it’s an even split; sometimes the older film receives less. When the film comes from the same distributor, the theater pays a flat fee (say, $500) fee rather than the second film sharing in the gross. (A flat sometimes can come from another distributor as well).

There’s another scenario that’s less common, but likely the case here: The second film from the same distributor gets a small percentage (2.5 percent-5 percent) of the gross. And per multiple distribution sources, accepted industry practice is any film that gets film rental based on gross gets to report the box office as part of its total.

And guess what? In at least 70 drive-ins this weekend, “A Wrinkle in Time” played with “Incredibles 2,” which allowed “Wrinkle” to report its small percentage at the same time Disney credited the same numbers to “Incredibles 2.” In other drive-ins that played “Incredibles 2,” the second feature was “Solo: A Star Wars Story.” The same double-credit scenario followed.

Of the “Incredibles”/”Wrinkle” drive-ins reporting, sources tell IndieWire that at least 40 grossed over $10,000 (the best was $47,000, at the Paramount Drive-In, located in Los Angeles’ outlying San Gabriel Valley). The remainder of the “Wrinkle” gross came from bargain theaters, but those totals are minor; perhaps another $100,000 for the weekend.

It is a testimony to Disney’s clout that they pulled this off. “Wrinkle” is already streaming, and questionable as added value for a drive-in program. With “Solo” and other titles possible — “Black Panther” saw its gross go up this weekend, perhaps similarly aided — other distributors suggest Disney had to pursue this as a priority in order to get theaters to agree. If so, credit the ingenuity.

More than anything, the $100 million success story for “A Wrinkle in Time” is a testament to how much studios, even one as strong as Disney, value appearances and spin. It also may have a financial impact: Film rentals, cable and streaming deals, and foreign receipts are sometimes based on domestic gross.

However, Disney hasn’t touted crossing the magic number; it was listed among currently playing titles at the bottom of the gross estimates sent to journalists Sunday morning. And the studio certainly has other matters on its mind, with has both the huge success of “Incredibles 2” and the lagging results for “Solo.”

By comparison, this is a minor achievement — but it’s one that gives insight into how grosses can lead to decisions and results that otherwise defy logic.

This Article is related to: Film and tagged A Wrinkle In Time, Box Office, Incredibles 2