Winter is here, and so is death. 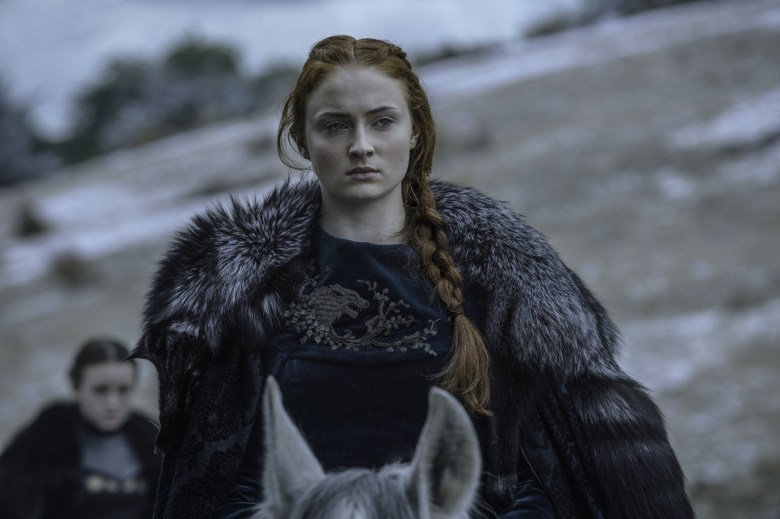 Winter is here, and so is death. That’s not exactly news on “Game of Thrones,” a show in which your favorite characters have never been safe, but as the high-fantasy drama approaches its final season the body count is only poised to get higher. According to Sophie Turner, who plays Sansa Stark (one of the last remaining major characters still drawing breath), there’s going to be “more death than all the years before.”

“I can tell you that there’s definitely a coming together of people,” Turner said during a video interview with Gold Derby. “Everyone is coming together to fight the impending doom. There’s a lot of tension between these little groups, battling for what they think is right. It’s ‘Game of Thrones,’ so it’s going to be bloodier and more death and more emotionally torturous than all the years before.”

Turner also spoke about her character’s evolution throughout the series. “I always saw something of a warrior in Sansa that I don’t think other people really saw,” she said. “I always had the feeling that she was learning and adapting and at some point or another it was going to manifest itself somehow, and she manifested it into being a warrior. It felt really satisfying when it happened, and I’m really happy where this storyline for her has ended up.”

The last six episodes of “Game of Thrones” will air sometime next year. Watch Turner’s full interview below.