The series' creator wanted to build films around creatures called the Whills, foreshadowed in "The Phantom Menace." 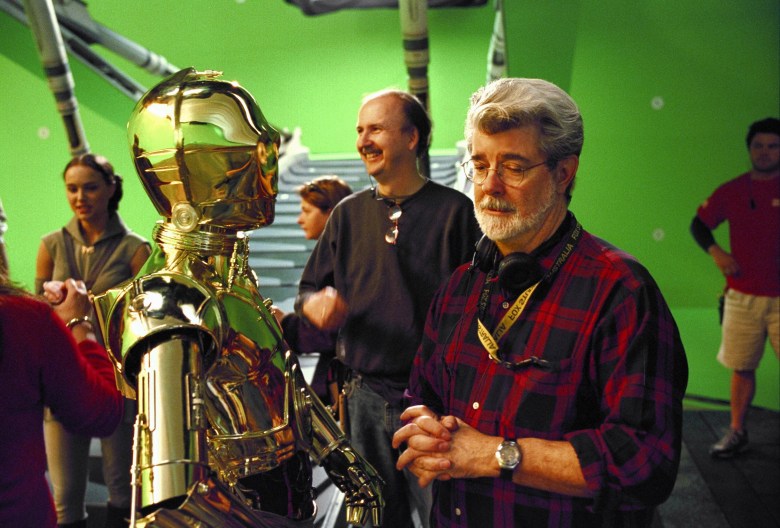 George Lucas made two “Star Wars” trilogies before selling Lucasfilm (and franchise rights) to The Walt Disney Company for billions. Although he was not part of the creative team on the next trilogy — J.J. Abrams helmed “The Force Awakens” and will return for next year’s ninth “Star Wars” film, while Rian Johnson oversaw 2017’s “The Last Jedi” — Lucas had a plan for the third cinematic triptych set in his galaxy far, far away.

The two-time best director Oscar nominee confided his vision to none other than James Cameron, who interviewed Lucas for “Space,” the second episode of his recent six-part AMC series “James Cameron’s Story of Science Fiction.” A transcript from their talk appears in the companion book of the same name, published by Insight Editions on May 18. In it, Lucas reveals that he would have turned his gaze from the cosmos to what can be viewed only under a microscope.

“[The next three ‘Star Wars’ films] were going to get into a microbiotic world,” he told Cameron. “There’s this world of creatures that operate differently than we do. I call them the Whills. And the Whills are the ones who actually control the universe. They feed off the Force.”

Elsewhere in the conversation, Lucas admitted, “Everybody hated it in ‘Phantom Menace’ [when] we started talking about midi-chlorians.” In terms of his storytelling, Lucas regarded individuals as “vehicles for the Whills to travel around in…And the conduit is the midi-chlorians. The midi-chlorians are the ones that communicate with the Whills. The Whills, in a general sense, they are the Force.”

Lucas is confidant that had he kept his company, the Whills-focused films “would have been done. Of course, a lot of the fans would have hated it, just like they did ‘Phantom Menace’ and everything, but at least the whole story from beginning to end would be told.”

For his part, Cameron has said that “George’s group of six films had more innovative visual imagination” than Abrams’ first follow-up. Check out an excerpt of the exchange below: