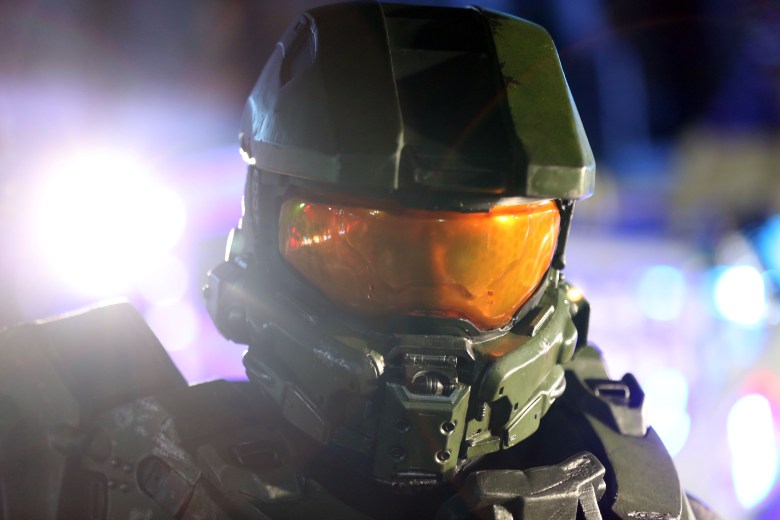 “Halo” is officially getting the “Game of Thrones” treatment. Showtime announced today that the long-awaited adaptation of the Microsoft video game franchise has been ordered for a 10-episode season. Kyle Killen (“The Beaver,” “Mind Games”) will serve as writer and showrunner, while “Rise of the Planet of the Apes” director Rupert Wyatt will helm multiple episodes.

It’s been known for some time that Showtime was actively developing “Halo” as a series, and the franchise has gotten the live-action treatment a few times in recent years in the form of digital series, but this promises to be a new take on an epic scale.

“Halo,” set in the 24th century, focuses on an interstellar war between humans and an alien race known as the Covenant, largely through the eyes of Master Chief John-117, an enhanced supersoldier, and his AI companion Cortana. The franchise has sold more than 77 million copies worldwide and earned more than $5 billion in sales.

Killen might strike fans as an unexpected choice for the project, as his prior credits were more in the realm of high-concept character dramas like “Lone Star” and “Awake.” However, those shows, while short-lived, were critical favorites. Beyond his feature work, Wyatt’s own television experience includes directing the pilots for “The Exorcist” and “Turn: Washington’s Spies.”

Said David Nevins, Showtime President and CEO, in a statement: “Kyle Killen’s scripts are thrilling, expansive and provocative, Rupert Wyatt is a wonderful, world-building director, and their vision of HALO will enthrall fans of the game while also drawing the uninitiated into a world of complex characters that populate this unique universe.”

It’s almost an understatement to say that Showtime may have found its own “Game of Thrones,” given the massive popularity of the “Halo” franchise within the video game world. But commissioning this series does represent the network’s first major commitment to large-scale science fiction programming since “Stargate SG-1.”

This Article is related to: Television and tagged Halo, Kyle Killen, Rupert Wyatt