The "Avengers: Infinity War" actor told Stephen Colbert he "used to know" the president, and said he sees the similarities between Thanos and Trump. 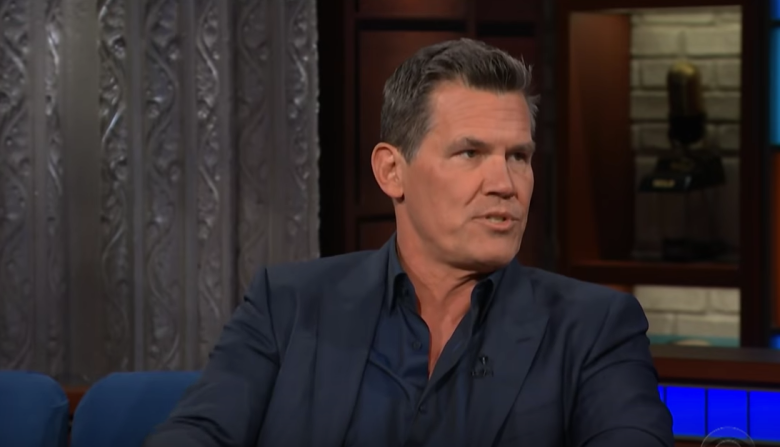 In an appearance on “The Late Show” last night, “Avengers: Infinity War” actor Josh Brolin used his Thanos voice to read tweets from President Trump. During the wacky 11-minute interview, Brolin challenged host Stephen Colbert to an arm wrestling rematch, showed off his hairless chest, and even snuck in a few comments about his own weight. Brolin also said he agreed with comparisons between the Marvel villain and Trump, but not for the reasons one might think.

“I used to know him. I used to, like, take pride in it, but I don’t so much anymore,” Brolin said, before Colbert asked: “People have compared Thanos to Trump, in some ways, do you see that at all?”

“I do. Well, not the chin, really. Or maybe the chin, because it looks a little like a ball sack,” Brolin quipped. “People saw the movie and they felt sympathetic towards him, or not even sympathetic, but they had a multitude of reactions to him. It wasn’t just ‘he’s the worst guy in the universe’ kind of thing. But his intention, if you think about it, his intention was, there’s an over abundance of population, right? And there’s limited resources. So what he’s doing is actually right.”

“He could also use the glove to double the resources,” Colbert suggested cheekily.

“He could, but he didn’t think of that at the moment,” said Brolin. “Because he’s too callous. The manifestation is callous. And if you look at Trump, yes there are border problems, every border has problems, and people coming over and overpopulation and limited resources and all that, but how it’s manifested, especially when you bring children into it, is extremely callous.”

Colbert finishes the interview by asking Brolin to read three of Trump’s most choice tweets as Thanos, which would have been more entertaining he hadn’t sort of defended the president first.

Watch the full interview below. For Brolin’s comments on Trump, begin at 7:40.

This Article is related to: Television and tagged Josh Brolin, Thanos, The Late Show with Stephen Colbert