The Oscar winner is hoping to recapture some of the "'McConaissance" later this year with three high profile releases. 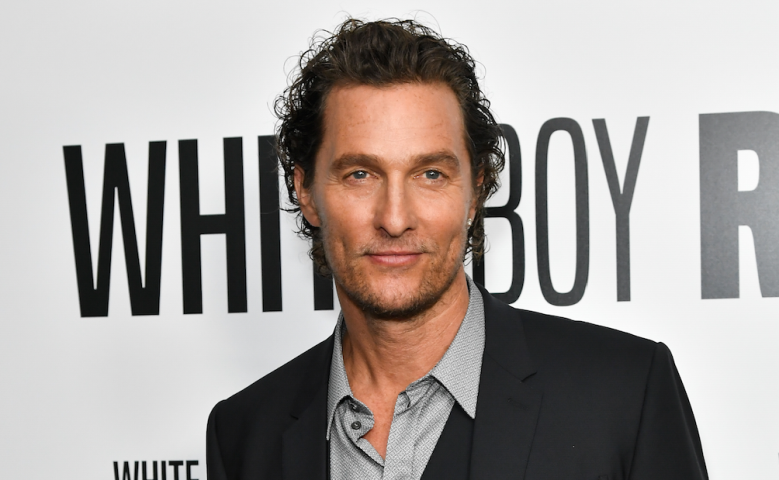 Where were you the first time you heard “McConaissance”? The term went viral between 2011 and 2014 as Matthew McConaughey transitioned away from light romantic-comedies (“Failure to Launch, “Fool’s Gold,” “Ghosts of Girlfriend’s Past”) to more serious fare and/or auteur collaborations with “The Lincoln Lawyer,” “Bernie,” “Killer Joe,” “Mud,” “Magic Mike,” and more. Suddenly, McConaughey was earning the best reviews of his career and turning into the most exciting actor in Hollywood.

The “McConaissance” hit its peak in 2014 when McConaughey’s role in “Dallas Buyers Club” won him the Oscar for best actor. At the same time, McConaughey was dazzling television with his stellar work on HBO’s “True Detective,” which netted him an Emmy nomination later that year. His 2014 success continued with the release of Christopher Nolan’s “Interstellar” in November, but since then the “McConaissance” has been on hold. The actor’s “The Sea of Trees,” “Free State of Jones,” and “Gold” were all dismissed by critics and audiences, while his blockbuster tentpole “The Dark Tower” was one of the biggest studio bombs of 2017.

While the “McConaissance” is no longer in full effect, McConaughey says the term was a bit of a stretch from the beginning. The actor appears on the August 2018 cover of Cigar Aficionado, and his interview finds him looking back at the period in which everyone couldn’t get enough of the “McConaissance.”

“That whole thing was much less of a 180 for myself than people seemed to think,” McConaughey said about the way fans and reporters saw his career change. “There was this narrative of ‘then’ and ‘now.’ I didn’t get a new acting coach or take a new class. I just said, ‘Fuck the bucks—I’m going for the experience’ in the things I was choosing.”

McConaughey ended up shutting down his production company and his music company so he could make acting his top priority again. “I quit trying to project how something would be received and decided to just be an actor for hire again,” he said. “I love being an actor and going as deep as you can in a role, to really commit to the craft. I put my head down and went after roles that scared me.”

The decision resulted in collaborations with William Friedkin, Richard Linklater, Jeff Nichols, Steven Soderbergh, and more. McConaughey explained that once he started tackling these kinds of projects, it was hard to stop. The actor found his skills being re-engerized by the fast-paced energy of indie filmmaking.

“You work faster and move quickly,” McConaughey said. “There’s no sitting around while they set up a shot for two or three hours. When I was making ‘Killer Joe’ with William Friedkin, he did everything in one take. One take! Now there are two ways to take that. You can freeze up and think, ‘What am I gonna do?’ Or you just relax and use that as freedom, instead of fear.”

The “McConaissance” has seen its better days, but McConaughey is ready to return to the kind of daring character roles that defined his career between 2011 and 2014. The actor has three releases set to hit theaters before the end of the year: Yann Demange’s “White Boy Rick” (Sept. 14), Steven Knight’s “Serenity” (Oct. 19), and Harmony Korine’s “The Beach Bum” (TBD).

This Article is related to: Film and tagged Matthew McConaughey, McConaissance