Kurt Sutter and his cast shared everything they could about the upcoming "Sons" sequel at the ATX TV Festival, including a first look at the pilot. 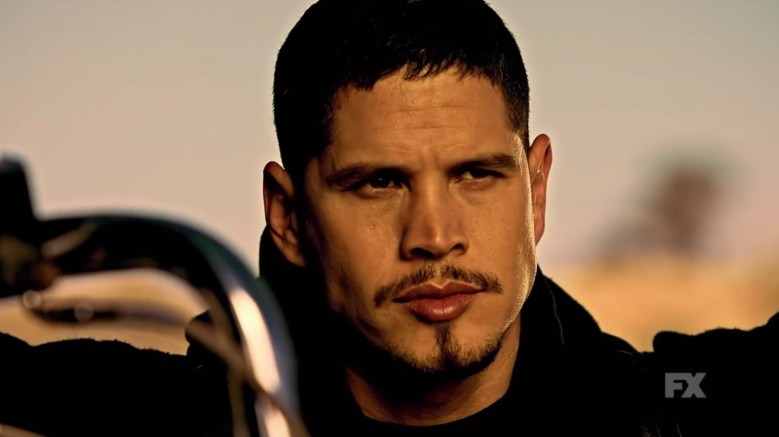 If you throw a motorcycle rally during a television festival, odds are high Kurt Sutter will show up.

That’s exactly what happened Friday night when the ATX Television Festival and the Republic of Texas Biker Rally joined forces to host a panel for “Mayans M.C.,” the upcoming FX drama series that’s a pseudo-sequel to Kurt Sutter’s “Sons of Anarchy.” Seventeen panelists, including Sutter, co-creator Elgin James, and star JD Pardo, took the stage after screening the first 13 minutes of the pilot for a crowd of bikers and TV fans.

Sutter & Co. shared details about how the new show is connected to the “Sons of Anarchy” mythology, what fans can expect from the new biker gang, and who the series will be tracking. Below, IndieWire has collected the highlights from the panel — as well as a summary of those first 13 minutes — plus what we already knew about the series. So whether you’re a “Sons” fans or a newcomer to this world, you’ll be prepared for “Mayans M.C.” when it revs up this fall.

Matching the oft-grim tone of “Sons of Anarchy,” the first shot of “Mayans MC” pans from a piece of graffiti that reads “Divided we fall” to a stray dog chewing on a dead crow. The dog scampers away at the sound of a motorcycle, and this is our first glimpse of Ezekiel “EZ” Reyes. He’s known primarily as “Prospect” during the opening, as he’s getting ready for his first ride with the Mayans; a southern California biker gang that hides drugs inside big, poofy prom dresses and then moves them across the U.S. border with Mexico.

Many members of the gang are introduced via a long take, but the most notable name in the cast list — Edward James Olmos — isn’t depicted as a member. He runs a butcher shop, where he meets his son before he rides out with the Mayans. There’s a tension between Olmos’ father and his other son, Angel (Clayton Cardenas), who’s already a member of the Mayans.

From there, the episode goes into the mission itself — a transport gone wrong that sets up a confrontation with an unknown rival gang — but not before it cuts in a bit of backstory for EZ. At one point, he was all set to go to Stanford with a loving girlfriend in tow. That seems to have gone awry given his current standing in the gang, but more of that will play out over the rest of the pilot and probably the series overall.

Where “Mayans MC” Came From

Though it took years after “Sons of Anarchy” left the air to get an official greenlight, “Mayans MC” has been sitting in Sutter’s mind much longer.

“The first discussion about doing a show based in the world of the Mayans, it was maybe Season 3 or 4 of ‘Sons,” Sutter said. “It came out of a completely different box. The network was potentially getting into business with a Spanish-language station and they were looking for Spanish-language content, and for some reason they came to me.”

Sutter said that aspect of the plan didn’t work out, but the idea lingered.

“Then as ‘Sons’ was coming to a close and it was doing well — very well — for the network, they were looking at how to keep the I.P. [intellectual property] alive. […] I knew I didn’t want to jump into the same thing. […] I was sort of burnt out a little bit,” Sutter said of the “Sons” universe. “I thought a medieval drama would be a good idea — and that worked out well — but it definitely cleansed my palate. They were like, ‘Maybe you should come back and write about motorcycles.’”

But before anyone gets angry all over again about “The Bastard Executioner,” know that it didn’t delay a return to the world of “Anarchy.” Even if Sutter’s quickly canceled follow-up series had done well, there were still plans to make “Mayans MC.”

“One day I woke up and thought, ‘What the fuck am I doing in Wales? Why is everyone on horses?’” Sutter joked.

How It Connects to “Sons of Anarchy”

“Mayans MC” will be told from the perspective of “The Prospect,” (a.k.a. EZ), and it features primarily new characters like him. Before the panel, the only physical connection to “Sons” was Emilio Rivera’s character, Marcus Alvarez. But when asked if he’s the only character fans can expect to see in the series, Sutter said, “Not necessarily.”

“Here’s all I can say: My job in this series, if we’re blessed enough to continue, is to transition from the mythology myself and a bunch of talented people spent creating […] and balance that with a show that’s original and different and doesn’t feel like the Latino version of ‘Sons of Anarchy.’ It’s my job to handle that balance so ‘Mayans’ can become whatever it’s meant to become.”

Despite his plan to keep plot details at that, Sutter continued later in the panel.

“It’s present day — in the magical time we live in. […] It’s a post-Jax Teller world,” he said, referring to the main character in “Sons of Anarchy” played by Charlie Hunnam. “If we’re playing real-time, it’s about three years ago [meaning the year 2015]. We talk a little bit about the ramifications of that final day of Jax. […] It changed Northern California and trickled down.”

That meshes with earlier statements positing “Mayans” takes place two-and-a-half years after the original series. Much like “Sons,” “Mayans” will play with certain political realities, but it won’t draw on specific truths.

Though details about the characters and their backstories remain scarce, the former “Sons” star summed up the difference between his old show and his new one.

“[Kurt Sutter] hired actors to play badasses on ‘Sons,’ but he hired badasses to play bikers in ‘M.C.,'” Rivera said.

As previously announced, the cast features a number of new faces as well as a few known (and respected) actors.

What had not been announced was how much the men in the cast love puppies. Yes, puppies.

“At first, I was a little scared because they’re big guys with big motorcycles,” Carla Baratta said about meeting her largely male cast members. “But the first time I met these guys, it was a big room and I was the only girl there, and they started talking about their puppies.”

At that, Sutter jokingly started shushing her.

For a full cast list (so far) — and to get to know these soft-hearted gentlemen a little better — see below.

“Mayans MC” has yet to set an official release date, but the exclusive promo shared at ATX said it was debuting in the fall of 2018. (One potential premiere date: Tuesday, Sept. 4 — which would put it on the same night that “Sons of Anarchy” once ran.) Co-creator Elgin James said as of June 8, they were “halfway through production.”