The film played for Tribeca and New Hampshire Film Festival audiences in 2016, but is on the cusp of a July theatrical release. 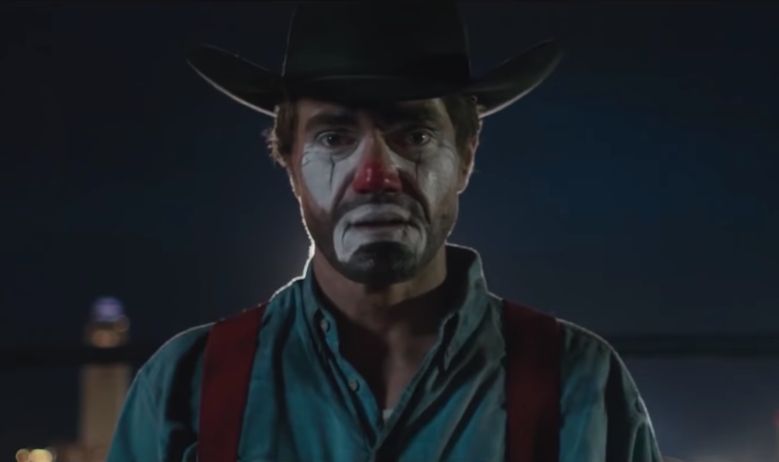 The outlandish debut feature from writer/producer Robert Scott Wildes, “Poor Boy,” debuted in the Viewpoints section of the 2016 Tribeca Film Festival, then disappeared back into the editing room. But thanks to distributor Indican Pictures (“The Boondock Saints”) — which acquired the feature at last month’s Cannes Film Market — theater-goers will soon be able to watch two-time Oscar nominee Michael Shannon’s turn as a dispirited rodeo clown. In a supporting role, Shannon plays the father of the film’s thieving protagonists, Romeo/”Prickface” Griggs (Lou Taylor Pucci, “Thumbsucker”) and Samson Griggs (Dov Tiefenbach, “Harold & Kumar Go to White Castle”), residents of a boat in the middle of the desert. The wanted brothers loot everything from lawnmowers to cameras, and supplement their income by convincing people to bet on rigged volleyball games. To finance their dream of sailing to California, they seek out a mail-order bride for Samson (Amy Ferguson, “The Social Network”), hoping she comes with an ample dowry. “Silicon Valley” cast member Amanda Crew plays a roller rink regular who cops hope will lead them to the duo.

According to Variety‘s review, “‘Poor Boy’ has a strung-out, sunburnt feverishness that makes it seem, at any moment, poised to tip into outright insanity.” The Western’s screenwriter, Logan Antill, previously collaborated with Wildes on the 2007 short “Neptunus Rex.” Wildes is a graduate of the American Film Institute, as are three of his producers on the film, and their director of photography. Tech company-set “In  the Cloud” was his February 2018 follow-up, a Crackle original film written by “Scandal” actor Vanya Asher, co-starring Gabriel Byrne.

“Poor Boy” will arrive in Los Angeles, San Francisco, Houston, Chicago, and Phoenix on July 13, then expand to additional cities. Watch the trailer below.