Though the core stories are surprisingly conventional, Murphy's last FX series — featuring the largest cast of transgender actors in series regular roles — uses that familiarity to its advantage. 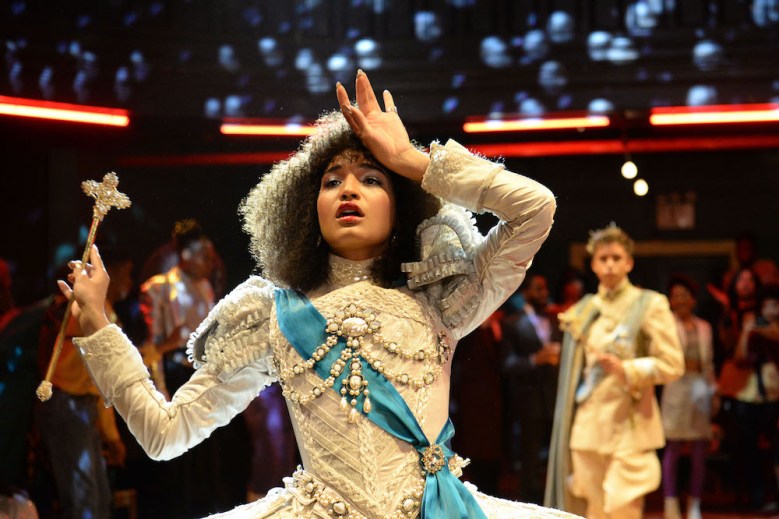 What people will — and should — be talking about during the initial rollout of “Pose” is what Ryan Murphy’s farewell drama for FX does offscreen. As is front-and-center in the press notes, “Making television history, ‘Pose’ features the largest cast of transgender actors in series regular roles, as well as the largest recurring cast of LGBTQ actors ever for a scripted series.” That alone makes it a landmark accomplishment in television and an important step forward in the ongoing debate about transgender representation onscreen.

But with making history comes the pressures of responsibility; audiences may respect Murphy’s behind-the-scenes efforts, but would they fall in love with his vision? Those ideas haven’t always gelled in the past (think “Scream Queens” or recent editions of “American Horror Story”), and in a world of “too much TV,” being unique isn’t good enough. A new series has to be addictive, great, or otherwise remarkable — and the first four episodes of “Pose” often hit that mark.

The prolific producer’s last series on FX before making the move to Netflix is co-created by longtime partner Brad Falchuk and newbie Steven Canals, based on his original idea, and the opening hour wastes no time setting up its central ’80s-set stories. First, there’s Blanca Rodriguez (played by Mj Rodriguez). Blanca makes her money doing nails, but her true passion is strutting her stuff at the Balls — live performance competitions emceed by Pray Tell (Billy Porter) where contestants are graded on their outfits, attitude, or dance skills. A panel of judges hold up cards with scores between six and 10, and the winner gets a trophy, but the real prize is glory for your name and your house. At first, Blanca is part of The House of Abundance, led by a diva-dictator named Elektra (Dominique Jackson). She’s invited various LGTBQ individuals to live with her after they’ve been booted from their birth homes, as is customary with similar houses, but Elektra runs her lair like a sweatshop for glamour. She’s not above stealing gowns or asking her group to hustle her up some money, and this kind of behavior leads Blanca to break from The House of Abundance and form her own, more peaceful house.

The rivalry between Blanca and Elektra is enticing on its own, even if Rodriguez is far better at delivering exposition-heavy monologues that double as fierce takedowns than Jackson; the latter’s readings glean much of their power from her intimidating stature, while Rodriguez adds range to her character. Still, it’s a few supporting series regulars who steal the spotlight. Porter, who devout TV fans may recognize from bit parts in “The Get Down” or “Law & Order,” starts as a compelling announcer, giving life to the oft-lengthy ball scenes, but his role gradually expands and he handles weighty later scenes with effortless understanding. He’s one of those supporting characters writers typically notice is great after a handful of episodes or even a full season, and then write more for him to tackle. The “Pose” crew spots his potential early and expands it quickly.

The second standout is Indya Moore as Angel, a transgender prostitute who loves competing in the balls but can only find funds for her performances on the streets. Moore offers an intriguing level of restraint in a role that invites a showy turn; she’s facing risks that other characters aren’t — not as often, anyway —  but she plays her brave face with an experienced understanding and her fears with an accepted anger. Angel wants a man to love her, a home to call her own, and enough money to secure her life off the streets and on the ball’s makeshift runway. That’s it, but she’s also extremely self-aware of how people see her; particularly straight, white men. That aspect comes into play when she enters into a relationship with Stan (Evan Peters), a middle-class man working in Manhattan with a classic ’80s haircut, suit, and overcoat. He works for James Van Der Beek’s delightfully douchey Matt Bromley, an embodiment of the Gordon Gekko greed that defined the era who just so happens to work in Trump Tower. (And lest we move on too quickly, Van Der Beek is so very good at finding the charm in a full-of-himself dirtbag.) Yes, Donald Trump is all over “Pose,” as his two employees have meetings with him, show off photos of the future president that make Page Six, and generally remind viewers that the real estate titan has been an American villain long before he moved into the White House.

Stan and Angel’s relationship can turn into an educational lecture, where Stan’s character all but disappears so the audience can be schooled on transgender issues. That bent becomes noticeable more often than it should, as “Pose” gets a bit too blunt with its messages. Much of that could be alleviated with tighter scripts, as early episodes run absurdly long for the narratives within them. (The Murphy-directed episodes clock in at 78 and 70 minutes, respectively.)

But much of what pushes the runtimes beyond traditional lengths are the balls themselves, and cutting those short would defeat the purpose of “Pose.” As Blanca explains to a new recruit for her house, “Balls are a gathering of people who are not welcome to gather anywhere else; a celebration of a life the rest of the world does not dream worthy of celebrating.” And that’s a major reason “Pose” is so powerful: It celebrates a vital aspect of LGBTQ culture that’s been regularly pushed to the edges of society. Its familiar story structure, circulating around people with simple wants and big dreams, works as an invitation inside a space that used to be preserved for its own protection. Now, with “RuPaul’s Drag Race” and an overall increase in diverse storytelling on TV, everyone can admire what used to be forced behind closed doors.

As television expands to be as inclusive as the rest of the world needs to be, “Pose” conveys the joys of its cast, creators, and crew in a way most viewers won’t be able to resist. It’s making history, yes, but Murphy’s last original FX series will be remembered for far more than how it was made. It’s an engaging, entertaining series, and audiences will immediately feel like part of an exciting gathering — no matter why they decided to tune in.

This Article is related to: Television and tagged Pose, Ryan Murphy, TV Reviews