Perlman wonders if food employees do the same when serving Donald Trump. 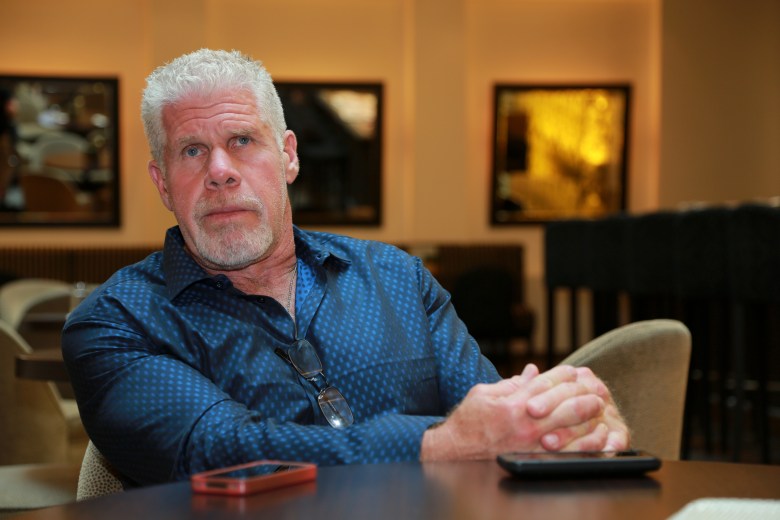 Ron Perlman shared a graphic story to his official Twitter page about an encounter with Harvey Weinstein at a charity event years ago. The actor said Weinstein told him to shake his hand during the event, so he went ahead and urinated on them before the two officially shook hands. Perlman’s gesture makes it clear the actor was never a fan of the former film producer.

“Did I ever tell [you] about when Harvey Weinstein told me to make sure I shook his hand at a charity event?” Perlman asked his nearly 700,000 followers on Twitter. “I stopped in the men’s room and pissed all over my hand, then went straight up to him on the receiving line.”

Perlman finished his tweet by wondering if the same thing happens to Donald Trump when he orders food. “I think about that every time [Donald Trump] opens up his KFC,” the actor said.

Perlman has used social media to criticize Weinstein in the months since the ex-studio head was accused of sexual abuse and harassment. Perlman’s friend and collaborator Guillermo del Toro had a rocky relationship with Weinstein during the making of “Mimic,” and Perlman reacted to news that James Cameron almost hit Weinstein on del Toro’s behalf by tweeting, “Man, if I had an Oscar for every time I almost hit Harvey Weinstein!!”

Following Weinstein’s expulsion from the Academy last October, Perlman took to Twitter to celebrate the decision. As a member of the Academy of Motion Picture Arts and Sciences I am proud of their decision to expel Harvey Weinstein,” the actor wrote.

IndieWire has reached out to Perlman’s representatives for further comment. The actor’s upcoming film roles include the Michael Caton-Jones-directed drama “Asher” and a voice role in “Robodog.”

Did I ever tell ya about when Harvey Weinstein told me to make sure I shook his hand at a charity event, so I stopped in the mens room and pissed all over my hand, then went straight up to him on the receiving line? I think about that every time lil donnie opens up his KFC.

This Article is related to: Film and tagged Harvey Weinstein, Ron Perlman