Jack Parsons lived fast and died young, but the new series inspired by his life is too slow and overlong. 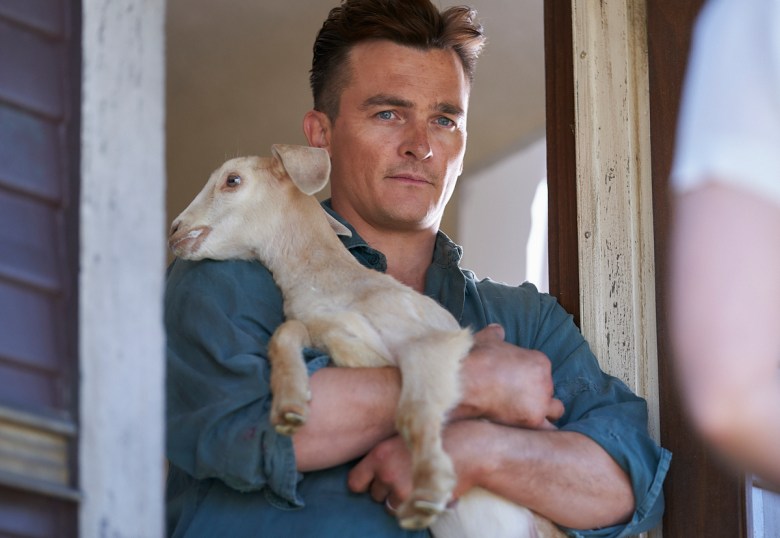 In the first episode of “Strange Angel,” a goat-cradling Rupert Friend joins dozens of hooded cult members for a virgin sacrifice. Now, he’s not actually holding the goat during the creepy nighttime ritual — this is a human sacrifice, thank goodness — but that’s still a pretty crazy thing to see in a TV show inspired by a true story.

David Lowery (“Ain’t Them Bodies Saints”), who directed the first episode, struts his creepily melodic stuff, but the rest of CBS All Access’ new drama series — based on the life of rocket scientist-turned-cult member Jack Parsons — can’t hold a candle to this initial level of insanity. Most of the first three episodes’ story consists of Jack (played by Jack Reynor) and his Caltech pals toying with explosives and trying to acquire funds so they can keep toying with explosives.

They’re trying to construct a rocket to send men into orbit, even though all the experts of the time (1930s) say it can’t be done, and that’s the main arc of “Strange Angel.” Though likely an accurate depiction of these geeky bros’ scientific process, it’s not all that compelling to watch them spout figures and stare at schematics over and over again — especially when the alternative is peeking behind the curtain of Rupert Friend’s sex cult.

At this point, it’s probably important to make clear that Rupert Friend is not playing himself. “Homeland” fans may prefer to see it as such, just for fun (and Friend certainly makes his scenes fun to watch), but his character — Jack’s new, mysterious next door neighbor — is named Ernest Donovan, and he’s only introduced after spending a significant chunk of time with Jack. Ernest is a supporting figure begging to steal focus. His true background is teased out for the audience as it’s trickled out for Jack, when both parties get fleeting glimpses of an eccentric individual who’s (in his words) “trying to find my true path.” That means crashing his motorcycle, souping up his neighbor’s jalopy, and generally intervening whenever he feels like it — invited or, most often, otherwise. Outside of his participation in the as-yet-unidentified cult, there’s not much more we know about Ernest. He remains the main reason to keep watching, both to discover how he ends up where he does in life and for Friend’s demented, twinkle-in-the-eye charm. For as winning as Friend was in “Homeland” as a deadened soldier trying to save himself from his job, he’s equally affecting here when given a long leash to build out this smarter-than-he-looks wild man.

But the time spent away from Ernest, amping up his mystique from afar, can’t sustain itself. Jack is a plain gentleman who only acts like a disruptor. Sure, he’s trying to bring science to a field other scientists refuse to recognize — one stick-in-the-mud notes that rockets are just fodder for sci-fi films — but Jack’s feeble attempts to buck the status quo feel quaint compared to the freaking sex cult next door. He goes to a classroom to recruit help for his rocket project and goes mano a mano with a stodgy professor. (Whoa!) He drops a canister of combustible fuel down the stairs and holds his breath like he just spilled the milk. (Risky!) He daydreams about an Orientalist comic book and sees himself in the fearless warrior at its center. (What a rebel!)

All of this is meant to show why Jack might be persuaded to join a cult that’s pretty far outside the lines of his his all-too-square demeanor, but that point is made early and doesn’t need repeating so often. “Strange Angel” could develop into an engrossing adventure of a man who couldn’t straddle the line between pushing the mind to its limits and pushing beyond its breaking point, but it’s too content early on to dwell on the mundane instead of truly embrace the strange. Audiences can’t be expected to wait around forever for the answer to the pilot’s essential question: Where is Rupert’s goat, and why is it living in the house?

This Article is related to: Television and tagged CBS All Access, Strange Angel, TV Reviews