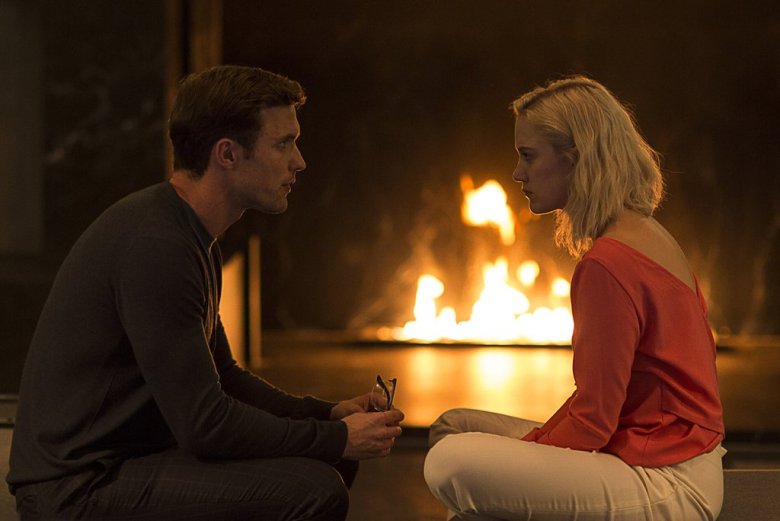 Technology: possibly not all good. In director Federico D’Alessandro’s feature debut, “Tau,” it’s technology that needs to be feared — at least, the kind of technology that a wacko like Alex (Ed Skrein) would cook up and then use to build a crazy A.I. and an even more nefarious smart house. The new Netflix original follows indie cinema’s current reigning scream queen Maika Monroe (“It Follows” and don’t you forget it) as a “street-smart grifter” named Julia who gets mixed up with the obviously very evil Alex, who has some truly demented plans for her.

Alex is an inventor, and his latest and greatest creation is an A.I. named Tau (voiced by Gary Oldman), which exists inside Alex’s smart house from hell, which is where Alex sticks Julia. It seems that Tau is eager to get to some next level, and he can only do that by observing actual humans enduring horrific “tests” and punishing them if and when they fall out of line. It’s like “Cube” meets “2001: A Space Odyssey,” and while it doesn’t quite make sense in the film’s first trailer, Oldman sure sounds nefarious and that house definitely looks terrifying.

Bent on fighting back, Julia eventually discovers other test subjects in the house, and they team up to take down Tau (and, presumably also Alex). But what can a gal reasonably do when she’s being watched from every corner by the very thing programmed to kill her?

Check out the first trailer for “Tau” below.

“Tau” will be available on Netflix on June 29.

This Article is related to: Film and tagged Maika Monroe, Netflix, Tau, Trailers