In testimony before the Senate Judiciary Committee, the actor said he left the film after being asked to drop his case against agent Adam Venit. 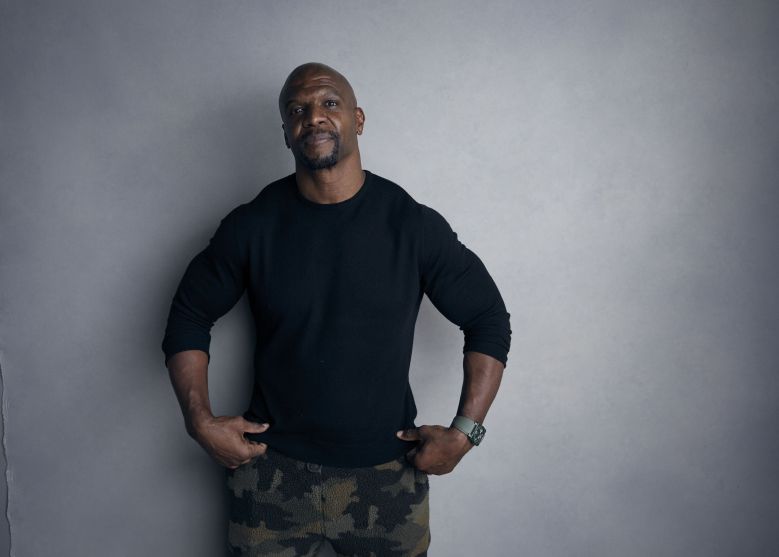 In October of last year, Terry Crews took to Twitter to share his own experience with sexual misconduct in the industry. The NFL-athlete-turned-actor revealed in a 16-part thread that he was groped by a Hollywood executive at a function in Los Angeles in 2016. Crews said all the allegations emerging against Harvey Weinstein was “giving [him] PTSD.” “My wife [and] I were at a Hollywood function last year [and] a high level Hollywood executive came over [to] me and groped my privates,” Crews wrote at the time. “Jumping back I said, ‘What are you doing?!’ My wife saw everything [and] we looked at him like he was crazy. He just grinned like a jerk.”

A month later, Crews’ alleged assailant was revealed to be William Morris Endeavor agent Adam Venit, who was then placed on leave from the high-powered agency while they investigated the claim. Later that week, Crews filed his own police report regarding the incident, and when the Los Angeles City Attorney’s office declined to prosecute because the incident fell outside of the statute of limitations, Crews opted to sue the agent and WME, who had since returned to WME after a 30-day suspension. Since Crews came forward with his story, he has claimed to be the victim of potential hacking and mounting pressure to drop his case against Venit.

This morning, the actor testified before the Senate Judiciary Committee about his experiences, which provided a clearer look at the continuing repercussions he’s felt for coming forward with his allegations. For one thing, he will not be appearing in “The Expendables 4,” a result the actor said is due to retaliation from producer Avi Lerner over the ongoing Venit case.

In February, Crews again took to Twitter to say that “management got a call last week from Avi Lerner producer of EXPENDABLES 4 saying I could avoid any ‘problems’ on the sequel if I dropped my case against @WME.” During today’s testimony, he further expanded on that claim.

Crews reiterated, via Deadline, that producer Lerner called his manager and “asked that the actor to drop his case against Adam Venit in order to appear in the fourth installment of the action film.”

When Crews was asked if he was set to appear in the film, he responded, “No. Simply because this same producer is under his own … investigation. Abusers protect abusers — and this is one thing I had to decide, whether I was going to draw the line on. Am I going to be a part of this or am I gonna take a stand, and there are projects I had to turn down.” In May of last year, Lerner and his Millennium Entertainment were hit with a lawsuit from a former employee, alleging sexual harassment, a hostile work environment, and gender discrimination.

Crews was testifying at a hearing about the Sexual Assault Survivors’ Bill of Rights, which Deadline notes “provides new rights for victims of sexual violence in the federal criminal code. The committee was reviewing the implementation of that law, which was enacted two years ago.”

“What happened to me has happened to many many other men in Hollywood,” Crews said of his experience. “And since I came forward with my story I have had thousands and thousands of men come to me and say ‘Me too, this is my story. But I did not have the confidence, or I did not feel safe enough, to come out. Because what happens is you get blacklisted, your career is in danger — after that, no one wants to work with you.”

You can watch Crews’ testimony below.

WATCH – @terrycrews full opening statement: "I am honored to use my platform and story to help create additional civil rights protections for survivors across the nation under the Sexual Assault #SurvivorsBillofRights."

This Article is related to: Film and tagged Sex Abuse, Terry Crews, The Expendables 4