It's hard to believe that a star-studded biopic about a baseball player who became a top-secret government spy could possibly be so boring. 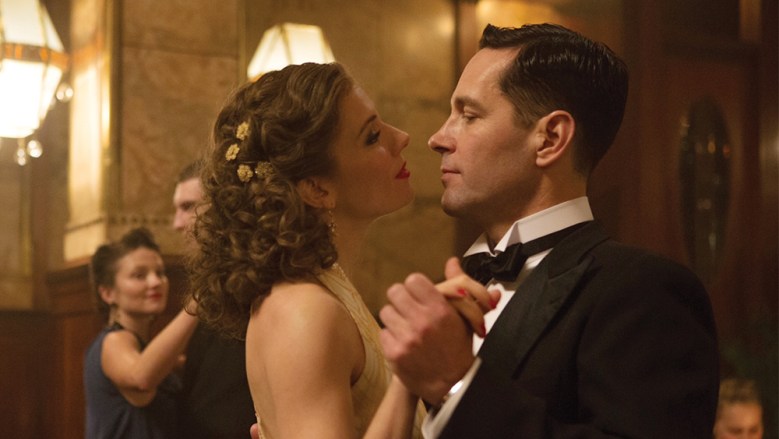 On paper, this should have been a home run. Adapted from Nicholas Dawidoff’s historical biography of the same name, “The Catcher Was a Spy” is a stiff and serene biopic about a man named Moe Berg, an enigmatic Jew who capped off his middling career with the Boston Red Sox by traveling to Nazi Germany under secret government orders to determine if Hitler was building an atomic bomb, and to assassinate the Nobel Prize-winning scientist in charge of the project if so.

It’s a hell of a war story, combining the foreign intrigue of “The Third Man” with the high-wire suspense of “Where Eagles Dare” (with a touch of homoerotic tension drizzled on top for good measure). Throw in an all-star cast that surrounds Paul Rudd’s lead performance with pinch-hitters like (take a deep breath) Paul Giamatti, Mark Strong, Tom Wilkinson, Hiroyuki Sanada, Sienna Miller, Guy Pearce, Shea Whigman, Jeff Daniels, Connie Nielsen, and the great Giancarlo Giannini, and you’ve got a film that feels like a grand slam even before it steps up to the plate.

In the immortal words of “A History of Violence” baddie Richie Cusack: “How do you fuck that up!?”

Read More: ‘Ant-Man and the Wasp’ Trailer: Paul Rudd and Evangeline Lilly Team Up to Show the Power of Superhero Bugs

Even after making it to the end of this lifeless husk of a film (and reading through all 842 of the title cards that are waiting for you after the action fades to black), the answer to that question is still unclear. It’s obvious that something(s) went terribly wrong at some part of the process, but it’s hard to reverse-engineer the cause of this catastrophe — not even the most disastrous movies come equipped with a black box. It’s one thing for a critic to identify a bomb so deadly that the OSS should have sent someone to defuse it, but it might take an entire CSI team to understand how it was built.

Spanning 10 years in 87 stolid minutes, “The Catcher Was a Spy” takes us back to 1934, when Berg is an overeducated baseball player at the end of his career. A low-key celebrity in the city where he keeps to himself, Berg is something of a mystery even to his teammates, and Robert Rodat’s vanilla script is very coy about sharing any of his secrets. It’s clear that Berg is smart and speaks a half-dozen languages — people jokingly refer to him as “professor” — but his intelligence seems to make folks nervous, as no one has a good read on what he plans to do with it.

Even Rudd, who inhabits Berg like a blank matinee idol, tends to seem kind of unsure. His entire performance stems from a single line: “I like to hide. I don’t fit.” As a Jewish man in pre-war Boston, it’s easy to understand why a public figure like him might have felt compelled to live behind a square-jawed smokescreen. And it’s strongly indicated that Berg’s queerness may not have stopped there. One of the other players shirks at the idea of showering off with the catcher, a number of the stagnant dialogue scenes hinge on the “mutual pleasure” Berg finds in meeting other men, and it’s shyly implied that he goes to bed with a married Japanese guy (Sanada) he meets on a trip overseas.

On the flip side of that coin, the most significant scene between Berg and his girlfriend (Miller) is a torrid sex fest that climaxes with him mounting her on top of a piano, as though he were trying to prove something to us.

But while it’s suggested that spending a lifetime in the closet has made Berg into an ideal spy (“I’m good at keeping secrets,” he responds when a government agent asks if he’s gay), the rest of the film doesn’t bother to explore that connection, or — for that matter — to unpack anything else about the character. We’re made to understand that Berg has a natural willingness to see what people are trying to conceal about themselves, but Rodat’s script sands off the rest of its hero’s edges as soon as he’s recruited into the OSS. From the moment that Berg sits down with the atomic braintrust of Robert Furman (a hilariously miscast Pearce) and Samuel Goudsmit (Giamatti cos-playing as Toby Jones from “Captain America”), “The Catcher Was a Spy” becomes a torpid parade of good actors in bad makeup, most of whom are more engaged with the war against their accents than they are with the one against the Germans. Not a single one of these characters is given anything interesting to do, as their sole purpose is to provide a sounding board for the doubts that Berg is harboring about their mission to kill Werner Heisenberg (Strong).

Though the film takes pains to point out that Heisenberg was famous for his uncertainty principle, Berg’s reluctance to identify the physicist as a Nazi stooge is never meaningfully explored. The catcher has his hangups, but uncertainty doesn’t appear to be one of them. It’s generous of him to give Heisenberg the benefit of the doubt (Rudd’s all-American charm straitjacketed by the strangeness of Berg’s task), but “The Catcher Was a Spy” displays an inexplicable disinterest in getting to the bottom of what these two men might see in each other.

In fact, Ben Lewin (“The Sessions”) directs this dramatically constipated war story as though he went to set in search of a hook that he never found. From the flat battle sequence that’s shot with all the excitement of folding laundry, to the literal chess match that anchors the underwritten dynamic between Berg and his target, “The Catcher Was a Spy” shrugs through each bad scene as though it’s biding time for better ones to come.

Handsome cinematography fails to disguise the low production value, and constant cross-cutting between strategy meetings and the mission itself make both parts of the sandwich feel moldy. Every bit of derring-do is canceled by a buzzkill of derring-don’t. It’s only when Lewin settles into a noir vibe late in the third act that we see any shades of what this film could have been — the smart plays it could have made if it weren’t so intent on blindly swinging for the fences.

“The Catcher Was a Spy” opens in theaters on Friday, June 22.

This Article is related to: Film and tagged Paul Giamatti, Paul Rudd, Reviews, The Catcher Was a Spy