While the details of a theatrical release plan from Netflix have not yet been announced, the veteran producer expects the film to make its debut in the coming months. 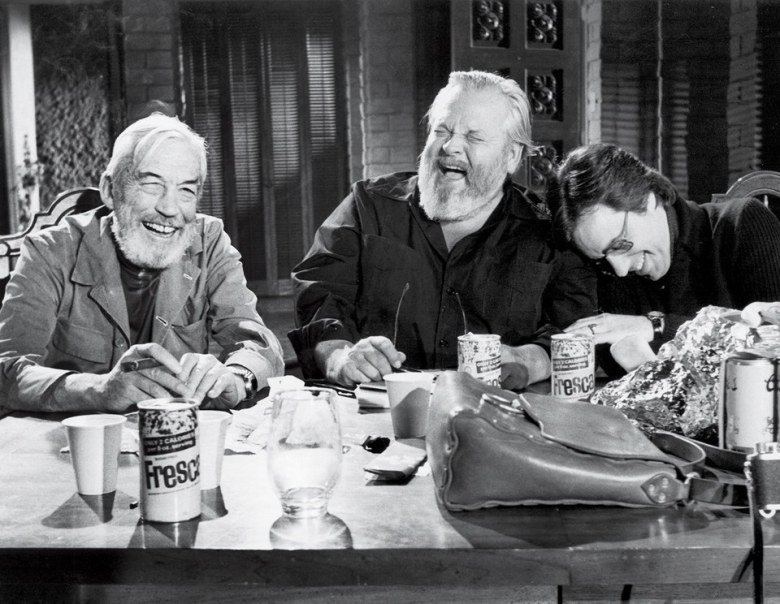 Nearly 50 years after it began production, Orson Welles’ notoriously unfinished film is ready for its premiere, thanks to a “long, agonizing journey” that found a happy ending with streaming giant Netflix. In March of last year, Netflix announced that it had acquired the film and was set to fund its completion, which was to be overseen by producers Frank Marshall (who also served as production manager of the film when it first began shooting in 1970) and Filip Jan Rymsza. More than 1,000 reels of film negatives languished in a Paris vault until March 2017, when the Netflix deal allowed it to be given over to a Marshall-led team of editors, including Oscar-winning editor Bob Murawski, plus sound mixer Scot Millan and negative cutter Mo Henry.

For Marshall, a veteran producer who went on to produce films like “Jurassic World” (and its upcoming sequel, this month’s “Jurassic World: Fallen Kingdom”), plus the “Indiana Jones” and “Jason Bourne” franchises, it was a Hollywood dream come true. “[Netflix] offered to pay for the post-production and the acquiring of the rights from everybody, which no one had done before,” Marshall told IndieWire.

The film, which follows John Huston as a lauded filmmaker attempting to launch a comeback during the rise of the New Hollywood establishment, was beset by financing woes throughout its production, which stretched off and on from 1970 to 1976. Marshall has spent decades trying to get the film completed, a process complicated by not just funding issues, but by problems related to the various parties who needed to approve it and the vast amount of material available to whoever was tasked with editing it into a finished film.

“This has been a long, agonizing journey, obviously,” Marshall said. “Finally, when we were able to get into the lab in Paris with the agreement with Netflix, did we really know what we’re up against. They were very flexible with adjusting things to give us what we needed to really finish the movie and that was really great.”

Earlier this year, the film was rumored to be on the docket for a Cannes premiere, though the well-publicized debate between the festival and Netflix ultimately led to Netflix deciding to not submit any of its films to the festival. It was a decision that impacted not just “Wind,” but new films from Alfonso Cuarón, Jeremy Saulnier, and Paul Greengrass. The film was privately screened to a range of luminaries that included Paul Thomas Anderson, Quentin Tarantino, and Rian Johnson this January in California.

Asked about the issue with Cannes — which stemmed from a law in France requiring films to adhere to a three-year theatrical window — and Marshall was quick to underline a point that has come up many times recent months. “Not my decision and not my business, but I do think it’s unreasonable to ask a company to wait three years before screening its product,” he said. “I was certainly hoping that a compromise could be made, because filmmakers do like to enter their films in competition at Cannes. Paul Greengrass and Alfonso Cuaron are major, major filmmakers, [and] it would be great to have their movies shown at Cannes, as well as ours, even though we weren’t in competition. But there’s gotta be a middle ground here.”

That doesn’t mean that the film isn’t bound for a big screen premiere and release. Just last week, when asked on Twitter if “Wind” would also be getting a theatrical release, Marshall responded with an enthusiastic “YES!!!” While he stayed mum on details, he’s clearly pleased (and a little shocked) by how much attention his tweet garnered.

“I’m quite surprised that you’re mentioning that [saying] it would actually show in a movie theater has caused that reaction,” Marshall said with a laugh. “[That] is something that Netflix has done with a lot of their movies.” (Netflix released 33 films with a day-and-date release strategy in 2017.)

A source close to release plans confirmed to IndieWire that “The Other Side of the Wind” will have numerous theatrical bookings, but details for the rollout are still being planned. Marshall confirmed that while they don’t have a full release plan hashed out just yet, he expected the film to come out before the end of the year. “We’re still regrouping after Cannes to decide where we’re going to premiere the film, but it will be this fall, somewhere,” he said.

“The Other Side of the Wind” will be released later this year.

This Article is related to: Film and tagged Frank Marshall, Netflix, Orson Welles, The Other Side Of The Wind