Lana Condor stars in the adaptation of Han's wickedly funny YA trilogy, which spins off a high school-set worst-case scenario into some charming new spaces. 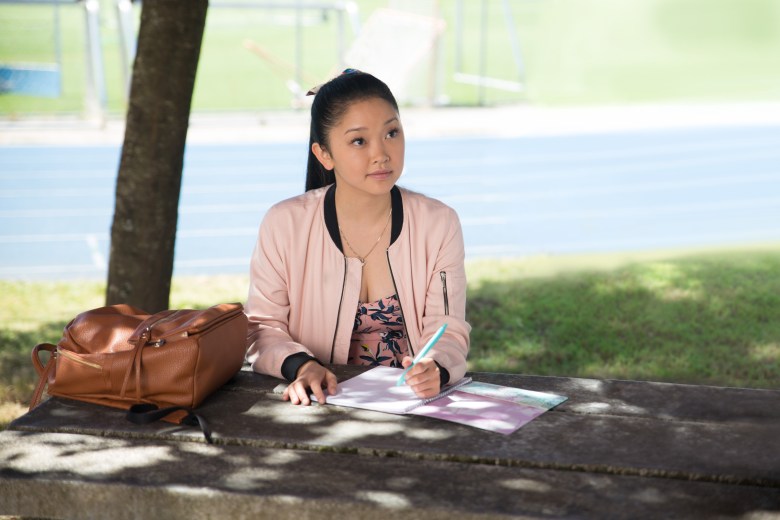 Lara Jean Song Covey (Lana Condor) has a habit — whenever she has a crush (a big one, one she can’t shake), she writes a letter to the object of her affection. So far, the shy teenager has five such letters, all for five different guys, and they’re resting quietly in a secret hatbox she keeps tucked away in her closet. Until, of course, they’re not.

“To All the Boys I’ve Loved Before,” based on Jenny Han’s bestselling novel of the same name, is Netflix’s latest dip into the deep waters of YA rom-coms, and follows Lara Jean as she attempts to navigate the fallout of her (secret! obviously!) letters going missing and then turning up in the hands of the very crushes that first inspired them. It’s the kind of worst-case scenario that will leave anyone who ever endured high school utterly horrified. Lara Jean, however, might just be able to use it as a way to change her life for the better.

Directed by Susan Johnson (who last directed “Carrie Pilby,” starring Bel Powley), “To All the Boys I’ve Loved Before” spins off Han’s bestselling book (which later became a bestselling trilogy) to follow Lara Jean and her crazy letters through the nuttiness of high school and beyond. The film also stars Noah Centineo, Janel Parrish, Israel Broussard, Andrew Bachelor, John Corbett, and Anna Cathcart.

“To All the Boys I’ve Loved Before” will launch on Netflix on August 17. Check out the first trailer below.

This Article is related to: Film and tagged Netflix, To All The Boys I've Loved Before, Trailers