Bowie famously covered the titular Beatles song on his 1975 album "Young Americans" with backing vocals and guitar by John Lennon. 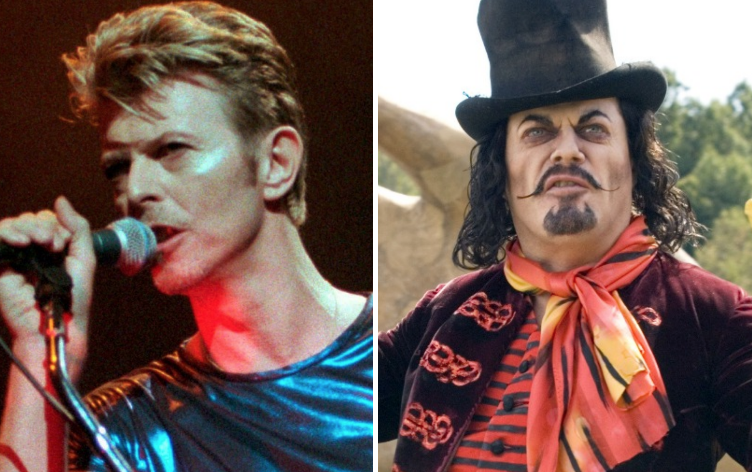 David Bowie and “Across the Universe”

David Bowie is responsible for one of the most famous covers of The Beatles’ “Across the Universe.” The actor released his version of the song on his 1975 album “Young Americans” and even recruited John Lennon to perform background vocals and guitar on the cover. How ironic it would have been then if Bowie showed up in Julie Taymor’s 2007 Beatles musical “Across the Universe.” It turns out Taymor was thinking the same thing.

The director and her “Across the Universe” star Evan Rachel Wood joined Vulture for a joint interview celebrating the upcoming re-release of the visionary jukebox musical, and Taymor revealed Bowie was asked to play the part of Mr. Kite. In the film, Mr. Kite is the ringleader of a bizarre circus and is played by Eddie Izzard. The character performs the eponymous song “Being for the Benefit of Mr. Kite!,” off The Beatles 1967 album “Sgt. Pepper’s Lonely Hearts Club Band.”

“We rehearsed it like a normal musical in theater and it bonded everybody,” Taymor said of making the film. “I’ll never forget Evan [Rachel Wood] walking in the hallways with this Bowie T-shirt, because at one point we’d asked David Bowie if he was going to play Mr. Kite. And I think that at the moment Evan was really like, ‘Bowie, Bowie!'”

Wood admitted she freaked out over the possibility of acting opposite Bowie for one scene in the film, although she said having Izzard was in no way an unfortunate rebound.

“I mean I’m always like, ‘Bowie, Bowie.’ But I was also all about Eddie Izzard,” Wood said. “I was always doing Eddie’s stand-up in the hallway.”

Wood was 17 years old when she made “Across the Universe” and she maintained it’s still one of the best experiences of her career. She told Vulture once she heard Taymor was involved she did everything she could play the main character Lucy. Taymor is famous in the Broadway world and is best known for directing the Tony-winning “The Lion King,” which has grossed $8 billion and counting during its run.

“Across the Universe” will return to theaters July 29-August 1, courtesy of Fathom Events. Head over to Vulture to read Taymor and Wood’s interview in its entirety.

This Article is related to: Film and tagged Across the Universe, David Bowie, Evan Rachel Wood, Julie Taymor