The filmmaker wanted the political '60s musical to be seen by young audiences ahead of midterm elections.

Julie Taymor wasn’t happy with Sony’s 2007 release of her biggest-budget film to date, the $45-million “Across the Universe.” An original movie musical, sung live long before “Les Miserables” or “La La Land,” her film was a memorably inventive and visually rich narrative comprised of mini-music videos, from multiple Salma Hayeks dancing in a vets’ hospital in “Happiness is a Warm Gun” to Bono’s Merry Prankster singing “I Am the Walrus” at a psychedelic ’60s cocktail party.

However, it received love-hate reviews and the box office topped out at a disappointing $24.3 million domestic, partly because Taymor delivered a more sophisticated, diverse, and densely political musical than Revolution Studios’ Joe Roth and Sony had in mind. Now, Sony has agreed to something of a make-good, booking a sparkling 4K restoration via Fathom Events across the country on three nights, July 29 – August 1. It’s worth checking out on the big screen. 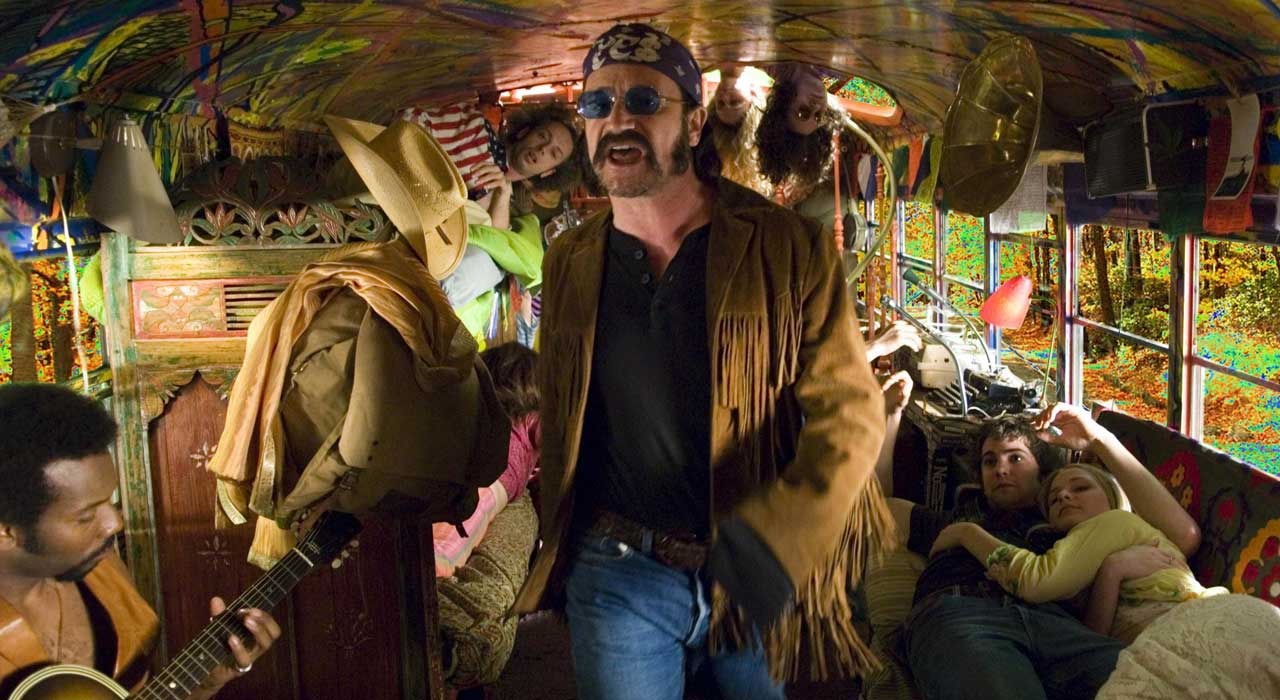 Taymor is a fierce artist unafraid to do battle with her patrons. She shot her ambitious first film, bloody Shakespeare tragedy “Titus,” in harsh physical conditions in Croatia with Anthony Hopkins and Jessica Lange. In late 1999, Fox Searchlight released her cut of the film, which featured a vicious rape, a beheading and hacked-off limbs. It grossed $1.9 million.

Miramax Films released her cut of “Frida,” which featured hallucinatory images of Salma Hayek as Frida Kahlo, holding her own heart. It grossed $25.8 million domestically and another $30.4 overseas, and scored six Oscar nominations and two wins for Score and Hair & Makeup. Taymor said Hayek told her about the New York Times’ Harvey Weinstein story shortly before publication. “We were not aware of that relationship between her and Harvey,” she said. “We were abused by Harvey in the other way. She put up with a lot and wanted us to keep moving in a positive way. Post-production was a year of torture for me.”

Similarly, “Across the Universe” was not drama free. “It wasn’t well distributed years ago,” Taymor told me on the phone. “We went through an argument about how it should be finished, and it was not a great release.” While the soundtrack went platinum and the movie became a cult film on DVD, Taymor regrets that audiences saw it on computers and televisions: “They didn’t get to see it live. Being in the theater, you feel energy. It’s exciting.” 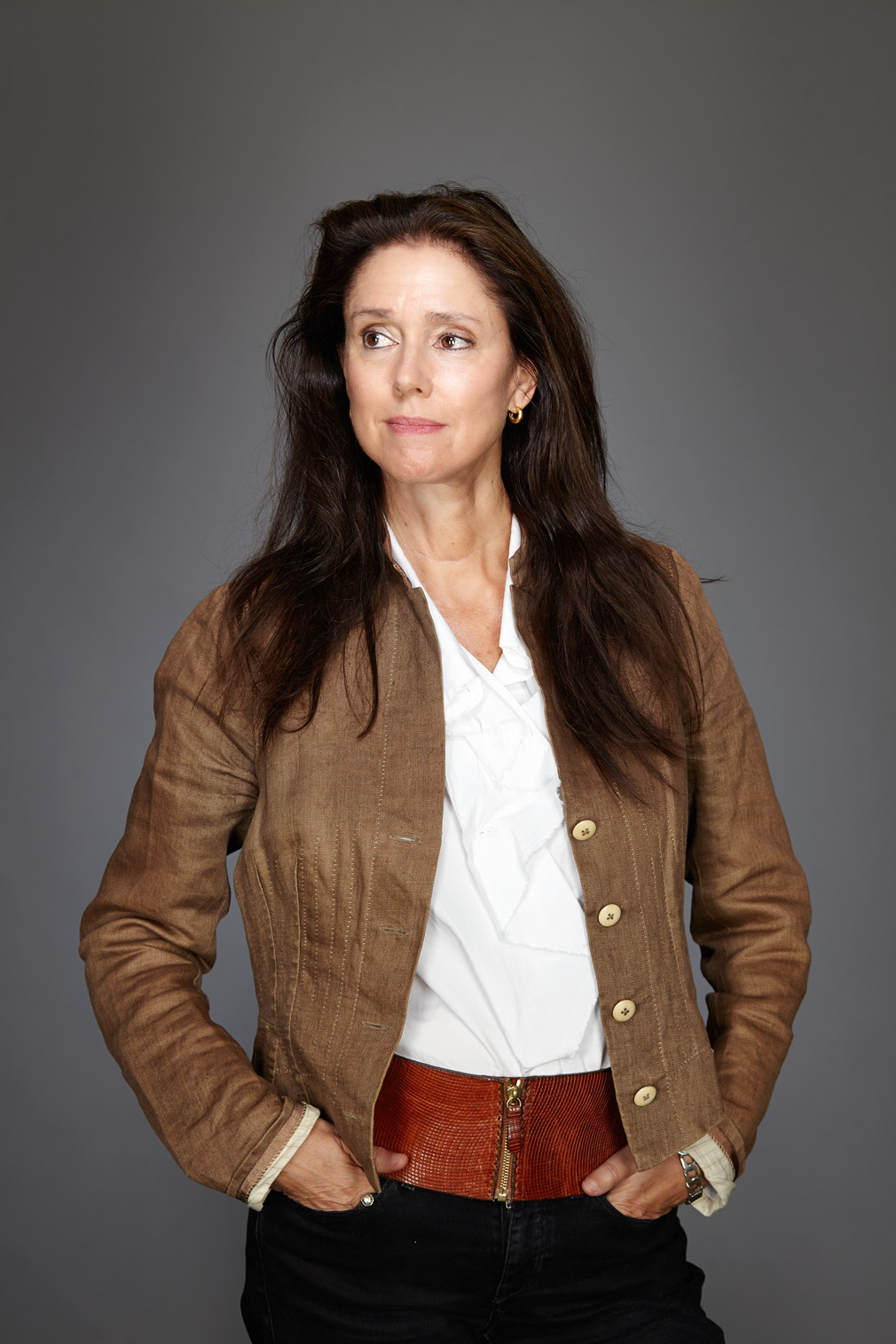 For “Across the Universe,” Taymor and her partner, composer Elliot Goldenthal, pored through Sony’s 200-title Beatles songbook, working closely with T-Bone Burnett and screenwriters Dick Clement and Ian La Frenais (“The Commitments”), who came up with the original concept. They concocted a sprawling ’60s period love story that captures the crazy polarities of the time — the music, the psychedelia, the anti-war fervor.

The movie resonated politically in fall 2007, when many liberals were protesting America’s war with Iraq. It still does today, and Taymor wanted to get it out before the midterm elections. Back in the ’60s, “young people changed the course of history,” she said. “They got off their bums and went out to the street. It’s up to the young to take over what’s happening in this country. You cannot be apathetic, you can’t sit back and lose your democracy.” 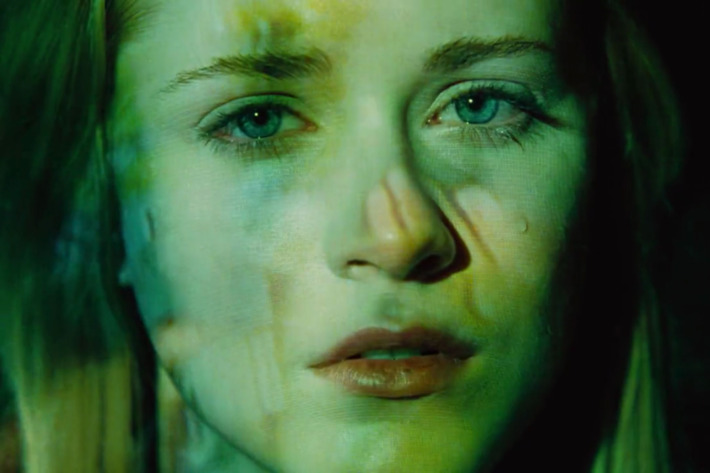 What she shot wasn’t necessarily in the script. Taymor reduced dialogue — there’s only a half hour of actual talking in the movie — while adding characters to the central leads who could sing a wide range of Beatles music — not just love songs like “All You Need is Love,” but songs about confused sexuality, ambition, politics, war, race riots, and psychedelia. “People open their mouths and sing their dreams, fears and inner thoughts,” she said. “They step outside reality. We created this for the cinema.”

Taymor borrowed from her own family history in suburban Brookline, Mass., including her radical sister (who was a member of Students for a Democratic Society) and her cab driver/musician brother. Mainly, though, Taymor relied on the Beatles lyrics to carry the movie.

“I knew Jude would come from Liverpool to America and fall in love with Lucy and make friends with Max,” she said. Wood’s first love song to Jude (Sturgess), “If I Fell,” exposes all her vulnerability and fragility. The movie falls into four parts, moving from the early naive Beatles songs (“I Wanna Hold Your Hand” “Hold Me Tight”) through high school graduation and the move to New York, into the Beatles’ psychedelic druggy phase when their songs became more nonsensical (“Being for the Benefit of Mr. Kite,” “I Am a Walrus”), men shipping out to Vietnam and coming back in body bags, and the protest movement.

Taymor intended black guitar-player Jo-Jo (Martin Luther) and gay Prudence (T.V. Carpio) to expand the ’60s zeitgeist. “I Want You” is sung by an animated Uncle Sam overlooking naked inductees facing a factory line of military men in masks; then soldiers in their underwear carry a gigantic Statue of Liberty through Vietnam’s jungles singing, “She’s So Heavy;” then the song turns to the love refrain the Beatles presumably had in mind. Taymor asked for Yoko Ono’s approval on this number —  and got it. 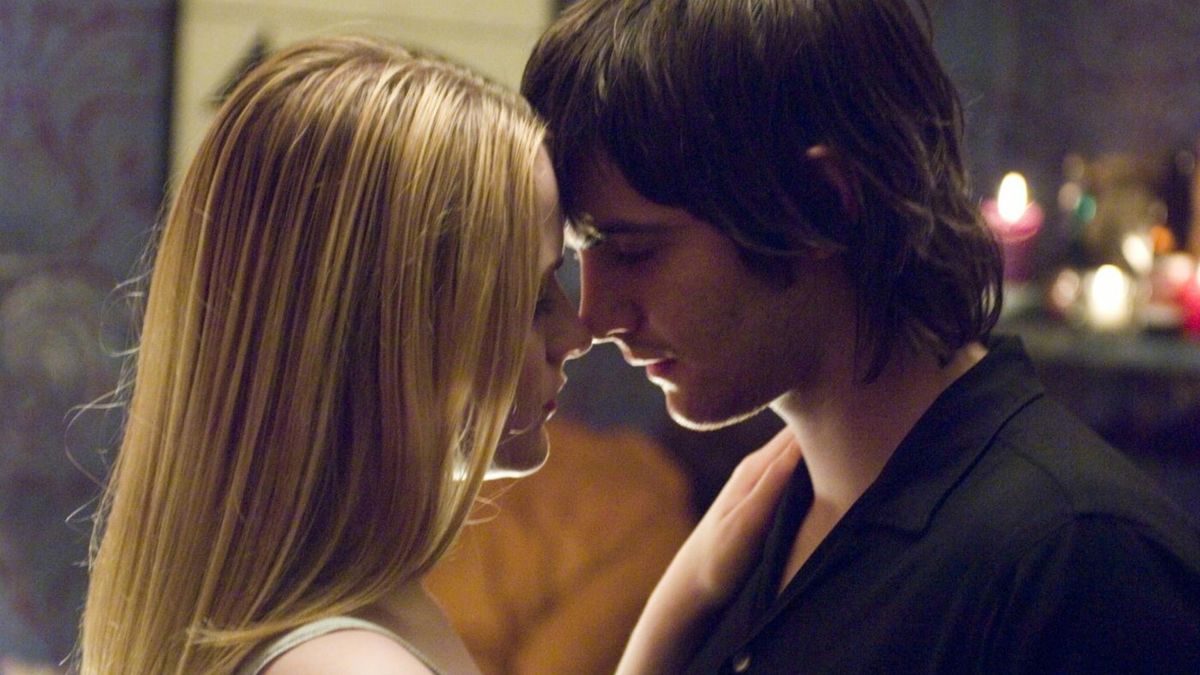 “That song with a very few words says a lot politically,” Taymor said. “Now the country doesn’t seem to care about Democracy.  It’s like we don’t give a shit about saving other people.”

When Roth first saw Taymor’s 128-minute cut, he balked. He tried to show her a way to trim her extravaganza by some 20 minutes and screened his proposed edited version. He didn’t like her high-school heroine saying out loud that she never wanted to have children. Taymor stood firm. Finally, Roth and Sony Pictures chief Amy Pascal saw fit to back Taymor’s version, which Taymor edited by four minutes. “I never went into the histrionic scenes I heard about,” Taymor told me at the time. “I think women get that more than men.”

Sure, there might have been an alternative scenario where someone could have coaxed Taymor into making some judicious trims in her complex musical narrative. Unfortunately, the fractious editing war leaked to the press and tainted the film. Sony gave “Across the Universe” a platform release on 24 screens in 12 cities on September 14, followed by a slow rollout to 400 screens.

Like the critics, people tend to either love “Across the Universe” or hate it. “The Beatles mean a lot to so many,” Taymor said. “It was a challenge to put it in a literal setting. Everyone has a different opinion about which Beatles songs they like. Some like early Beatles, some like psychedelic Beatles, or just love songs.”

Next up: Taymor is directing Gloria Steinem’s memoir “My Life on the Road,” putting the real subject in it along with Julianne Moore. On the night of the 2016 election, she shot Steinem in a room full of 40 women ambassadors from around the world, from Samantha Power to Madeline Albright. When Trump won, “It was shocking to watch the room sag,” she said. “Right now, we need what Gloria brings: positive, extraordinary inspiration and energy. Women will flock to the Gloria movie more than men, as they should. It’s about women.”

She’s also prepping her first TV series for Sony, adapted by British writer Olive Hetreed (“The Girl with the Pearl Earring”) from Erica Jong’s epic 1980 Tom Jones send-up, “Fanny: Being the True History of the Adventures of Fanny Hackabout-Jones.” “It’s gaudy and political, from the female point-of-view,” said Taymor. “TV is the perfect medium for this.’

And she and Goldenthal are working on a theater musical that moves the setting of the surreal Thomas Mann novella “The Grand Delusion” to New York and India.

This Article is related to: Film and tagged Across the Universe, Evan Rachel Wood, Fathom Events, Julie Taymor