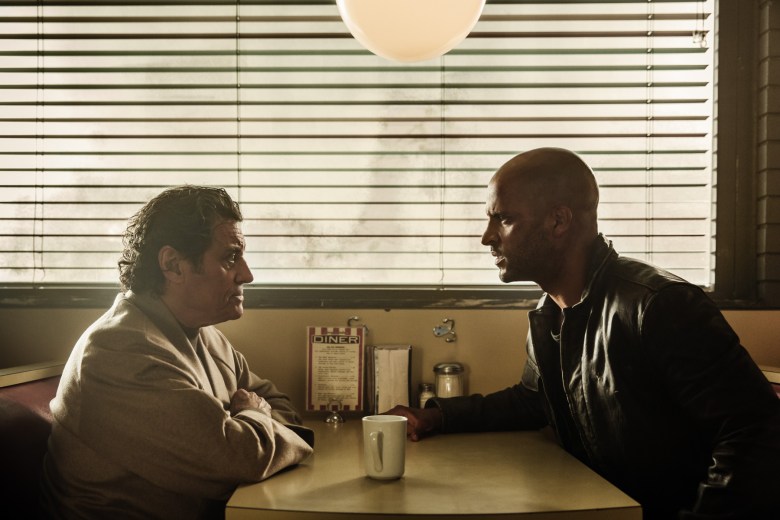 “They look fantastic,” Zlotnik said. “It’s very safe to say we will follow the tradition of Season 1 and produce some mindblowing television.”

“Neil is very involved, he’s intrinsically involved,” Zlotnik said. “Jesse Alexander probably talks to him every day, and we talk to him frequently. He has other responsibilities and another show he’s doing, but Neil Gaiman is the heart and soul of ‘American Gods,’ so I can’t imagine there’s a version where he’s not involved.”

Original showrunners Bryan Fuller and Michael Green will continue to have executive producer credit, having adapted the novel for television, but are no longer involved. “I’d like to think they’re still a part of the family and we love them and they gave us a great first start,” Zlotnik said.

The duo left the show last year following creative and financial differences with series producer FremantleMedia North America. But in Alexander, they found a new showrunner who has worked under Fuller on numerous productions, giving the production some continuity.

“Jesse has worked with Bryan, and I feel like we’re still in the Bryan Fuller school because Jesse was trained by Bryan and probably holds a lot of his DNA,” Zlotnik said.

As for new faces this season, the character of “Media” has been rebooted as “New Media,” with Kahyun Kim (“Shameless”) stepping in for the role, originally played by Gillian Anderson.

“Gillian could not continue, she was never contracted to continue, so we cast a new actress playing New Media,” Zlotnik said. “But because of the magical world of ‘American Gods,’ it leaves the possibility open to bring in new actors to play continuing roles because the Gods come to human beings in different forms.”

As previously reported, other new faces include Dean Winters as Mr. Town and Devery Jacobs as Sam Black Crow.

Here’s the logline for Season 2 of “American Gods”: “The battle between Old Gods and New Gods continues to brew as we join Mr. Wednesday (Ian McShane) just a few short hours after his declaration of war and the epic showdown that ensued at Easter’s party. While Mr. World plans revenge for Wednesday’s attack and Technical Boy searches for Media, Mr. Wednesday continues his quest to pitch the case for war to the Old Gods with Shadow (Ricky Whittle). Laura and Mad Sweeney in tow, Shadow begins to understand this strange world of the gods and carve out a place in it as a believer, but it is far from a straight path. Change requires sacrifice, and when things don’t go as planned at the House on the Rock, both Old and New Gods, and those they meet along the way, find themselves on journeys across America — all destined for a climactic showdown in Cairo, Illinois.”

Season 2 of “American Gods” will premiere some time in 2019, but Zlotnik wasn’t ready to even confirm a time of the year it will return.