For his first-ever sequel, the director had to contend with the impact of another film that forever altered his hero, a "weird gift" he embraced. 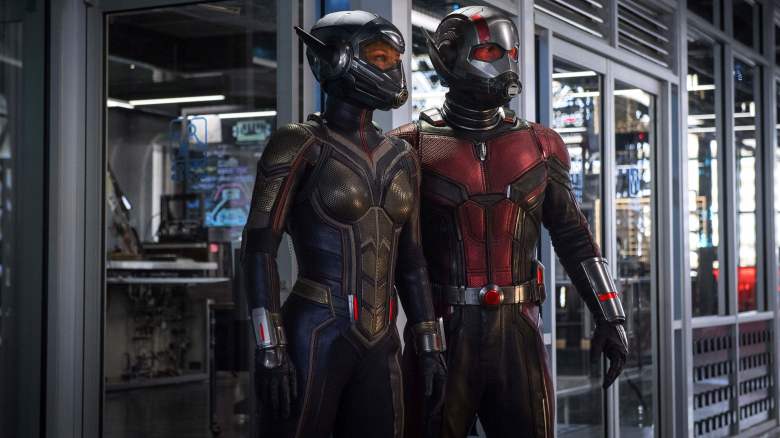 “Ant-Man and the Wasp”

[Editor’s note: This article contains light spoilers for “Ant-Man and the Wasp.”]

For his first sequel, director Peyton Reed had to go big. Following his inaugural foray into both the Marvel Cinematic Universe and the wider world of blockbuster moviemaking with 2015’s “Ant-Man,” Reed signed on to direct the inevitable “Ant-Man” sequel just three months after the first Paul Rudd-starring superhero film hit theaters.

That doesn’t mean the “Yes Man” and “Down With Love” director was entirely ready for the kind of serialized filmmaking the MCU entails. “I have really specific ideas of what I like in sequels and what I dislike in sequels,” he recently told IndieWire. However, he found that the interconnected nature of the billion-dollar franchise actually aided in his vision for what would become “Ant-Man and the Wasp.”

Read More: ‘Ant-Man and the Wasp’ Review: A Funny and Forgettable Marvel Sequel That Falls Short of Its Promise

“I think in a weird way ‘Ant-Man and the Wasp’ is not only a sequel to ‘Ant-Man,’ but it’s kind of a sequel to ‘Captain America: Civil War,’ because we couldn’t ignore what had happened to Scott Lang and what he did in that movie,” Reed said. “It gave us a really organic jumping of point for this movie.”

Written by Rudd, Chris McKenna, Erik Sommers, Andrew Barrer, and Gabriel Ferrari, “Ant-Man and the Wasp” picks up two years after the events of the 2016 feature, which chronicled a fractured Avengers as they battle it out over the future of superheroes, culminating in a massive battle that introduced MCU newbies like Ant-Man (aka Scott Lang) and Spider-Man. Ant-Man appears late in the film, fully outfitted in the suit crafted by Hank Pym (Michael Douglas), a suit he’s promised to not use for his own ends.

“When I first saw the early cuts of ‘Civil War,’ my mind immediately went to, ‘Oh my god, this is Hank Pym’s worst nightmare, it’s Hope Van Dyne’s worst nightmare,'” he said. “He was trained to be this faithful steward of this really dangerous technology, and the first thing he does is [get] involved in this Avengers in-fighting, and exposes this technology to the Avengers, and the world, and to Tony Stark, and he gets thrown in prison, and the suit is confiscated.”

While that kind of upheaval might scare off another director – talk about starting a sequel in a wholly different place from where you left off – Reed was thrilled.

“I like sequels that don’t begin the second the first movie ends,” he said. “We progress those characters in various ways, and the audience have to play some catch up as to what has happened in between, and we reveal stuff as we go along.”

It also provided an excuse to build a story that stood on it own. “We were really free to do something that was pretty self-contained,” Reed said.

The director was also eager to get away from the confines of the origin story narrative that dominated the first film. “We had all the origin stuff out of the way,” he said. “That’s always tough on the first movie, because particularly in the first ‘Ant-Man,’ it was establishing Hank Pym, placing him retroactively into the MCU, establishing Janet Van Dyne. … It’s just so much stuff that you have to educate the audience on. Now that that’s done, we can just sort of hit the ground running.”

“Ant-Man and the Wasp” hits theaters on Friday, July 6.

This Article is related to: Film and tagged Ant-Man And The Wasp, Marvel Cinematic Universe, Peyton Reed