The Montreal festival once again highlighted several promising genre efforts in various stages of production. Here are the best of them. 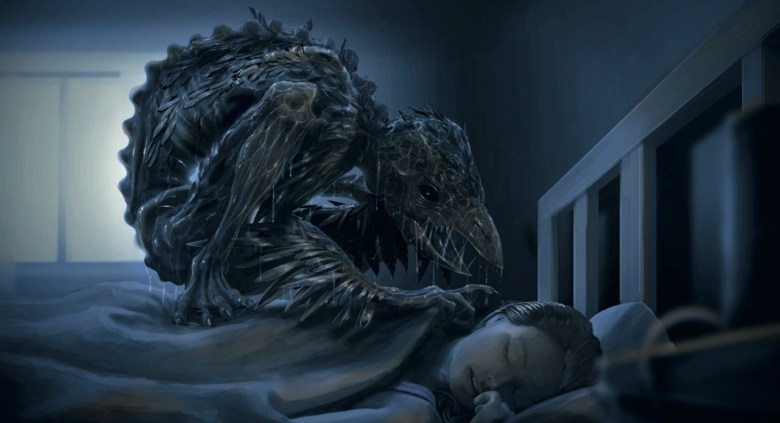 “Birds of a Feather”

Anyone looking for positive signs of diversity at the movies needed to look no further than this year’s Frontières Co-Production Marketplace, which took place in July at Montreal’s Fantasia International Film Festival. The market, which gives genre filmmakers the opportunity to pitch and mingle with financiers and producers from around the world, has helped launch everything from Alexandre O. Philippe’s “Psycho” documentary “78/52” to this year’s Fantasia titles like Aaron Schimberg’s “Chained for Life,” Jenn Wexler’s “The Ranger” and Justin P. Lange’s “The Dark.”

A fascinating range of projects were unveiled during Frontières’ seventh edition, hailing from all over the world and expressing many and varied points of view.

Each year, the market begins with a morning event in which selected creatives have the chance to introduce assembled backers to their films via presentations incorporating graphics, statistics, concept art and “mood reels.” This session has grown over Frontières’ short history from a conference-room setting to packing Concordia University’s 700-seat SGWU Auditorium. In 2018, 20 features in various stages of development were previewed, and if they manage to make it through to production and release, we’re going to be seeing some very compelling — and quite scary — new movies over the next couple of years. Here are the highlights.

“Birds of a Feather”

Striking production illustrations like the one seen above helped make director Hanna Bergholm and producer Mika Ritalahti’s “Birds” the most attention-grabbing entry in the lineup. Hailing from Finland, it’s a combination of twisted coming-of-age drama and grotesque body-horror in which a 12-year-old gymnast named Tinja with a domineering mother discovers a strange egg, which hatches a bizarre avian creature. Tinja hides and cares for this being, feeding it with her own vomit, until it begins transforming into Tinja’s doppelganger and acting out her repressed anger. Bergholm’s discussion of her and screenwriter Ilja Rautsi’s themes further promised “Birds” to be a fascinating and seriously gross fairy tale for adults.

If director David-Jan Bronsgeest and writer-producer Tim Koomen’s movie lives up to the proof-of-concept teaser they screened, they’re going to give audiences some serious creeps. Inspired by their love for the TV series “Making a Murderer” — and their questioning of their enthusiasm for the show — “Meet Jimmy” focuses on Jennifer, a single mom who becomes hooked on a true-crime podcast. Its subject is an at-large murderer nicknamed Jimmy Twofingers (for his m.o. of choking his victims to death), who begins talking to Jennifer through her earbuds—and threatens that if she ever stops listening to him, he’ll visit her personally. Tapping into the American phenomenon of serial-killer worship, these two Netherlands filmmakers have come up with a concept that ties it to other forms of addiction, while telling a personal and likely very unnerving story of one woman’s descent into an urban hell.

“Gruesome poetry” was how writer-director Laura Smith, accompanied by producer Jenny Walker, explained the goal of her film, whose teaser portends an intriguing marriage of the psychological and the visceral. Smith’s story concerns a photographer whose trip to the Celtic coast instigates her transformation into a mythical sea creature, and is rife with subtext about the female condition and the way society acts upon it. The duo’s pitch made it clear that they’re aiming to play on numerous emotions with “Monster,” and on the physical-horror side, they’ve got a strong prosthetics player on their team: Kristyan Mallett, who was responsible for the remarkably realistic cadaver effects for “The Autopsy of Jane Doe.”

Director Thierry Lorenzi and producer Vincent Brançon offered a brief but striking promo reel for their near-futuristic sci-fi thriller, set in a world where athletes are “enhanced” with prosthetic and mechanical limbs. A young champion named Kilian falls behind competitors boasting these artificial advantages, and decides that if he can’t beat ’em, he’ll join ’em. With consistent stories in the news about steroids and other medical enhancements, “Bolt” feels like a very relevant application of science fiction tropes to a field in which people try to retain their humanity while being pushed to perform in superhuman ways.

We’re so used to flesh-eating ghouls spawned by biotoxins and other scientific-military tomfoolery that it can be hard to remember that the zombie myth began “life” as a metaphor for slavery with origins in voodoo. Writer-director Maya Annik Bedward and producer Kate Fraser seek to redress the cultural appropriation of the undead and the demonization of Haitian magic with this documentary, whose title plays on the classic 1932 Val Lewton thriller “White Zombie.” Through interviews with scholars (including Wade Davis, whose nonfiction book “The Serpent and the Rainbow” was adapted for Wes Craven’s feature), filmmakers and others, the movie will examine the evolution of the walking dead in culture and their place in black history.

The nostalgia craze for 8-bit video games finds its inevitable horrific expression in director-co-writer Jonas Odenheimer’s sci-fi thriller, produced by Shawn and Michael Rasmussen (the scripters of John Carpenter’s “The Ward” and Alexandre Aja’s upcoming “Crawl”). When a demo of the eponymous long-lost game, which was said to be haunted, turns up online, an international group of players decide to try it out, little knowing at first that when your three lives are up on screen, you die in real life. With its multicultural ensemble, “Terrorbit” bids to examine how the cyber-world unites us while also exposing us to potential harm, which in this case takes the form (as seen in the trio’s promo video) of a pair of freaky-looking, flipped-over vampire-esque twins.

The most anarchic presentation was put on by Spanish director-co-writer Roberto San Sebastián (“The Night of the Virgin”) and producers Kevin Iglesias and Nacho G. Carreiro, who claimed equal inspiration from “Home Alone” and “Inside.” Their little hero is even named Kevin, but when he’s left by his parents, he has to deal not with bumbling crooks but with a cabal of insane elders who are actually supernatural fiends bent on sacrificing his baby sister. San Sebastián described the ensuing action as “crazy as fuck,” and based on their enthusiastic delivery and the conceptual art they presented, it was easy to believe him. One also left hoping that he fulfills his ambition to cast Macaulay Culkin as one of the villains.

Among the many women-centric projects in Frontières, it might have been coincidence but was not surprising that a pair of concepts pitting young-girl power against invading aliens turned up there. In the main pitch session, Inuit writer-director Nyla Innuksuk and producer Daniel Bekerman served up a cool trailer for “Slash/Back,” the rather incongruously titled tale of early-teen friends in the Canadian Arctic territory of Nunavut who discover that extraterrestrials have infiltrated their community and set out to stop them. Tapping into memories of her childhood in Nunavut, Innuksuk has breathtaking landscapes in which to set her adventure and create what she calls “a new kind of indigenous cinema.”

“The Truth About Lighting” and More From a Women-Focused Sidebar

In a separate Created By Women session, which allowed Canadian female writers and directors to receive instant feedback on their scripts and planned productions from assembled industry professionals, writer Alison Hepburn detailed “The Truth About Lightning.” With Audrey Cummings attached as a director, this one has Girl Guide troop member Jane discovering that the titular phenomenon is cover for baddies from beyond the stars, and is aimed at giving tween and teen girls a movie in which characters like them save the world instead of being sidekicks.

On a much darker tack in Created by Women, Maude Michaud’s “My Other” unites a down-on-his-luck Floridian with the wealthy, high-living half-brother he didn’t know he had—and who has a sideline in organ harvesting. Michaud’s scenario is both an inversion of the typical good-sibling/bad-sibling saga and also, based on her description, will be full-bore disturbing. And a couple of the other movie pitches, as noted by the advisers, have equal potential to spark ongoing series: “Opal,” described as “a Jewish ‘Buffy the Vampire Slayer’ ” by writer-director Sandi Gisbert, in which a stressed-out Goth student’s attempt to sell her soul leads her to discover her demonic lineage; and Carleen Kyle’s “Interspecies Family Therapy,” about a 600-year-old teenager who flashes back through her brood’s past while trying to break free from her domineering vampire dad.

This Article is related to: Film and tagged Fantasia, Horror