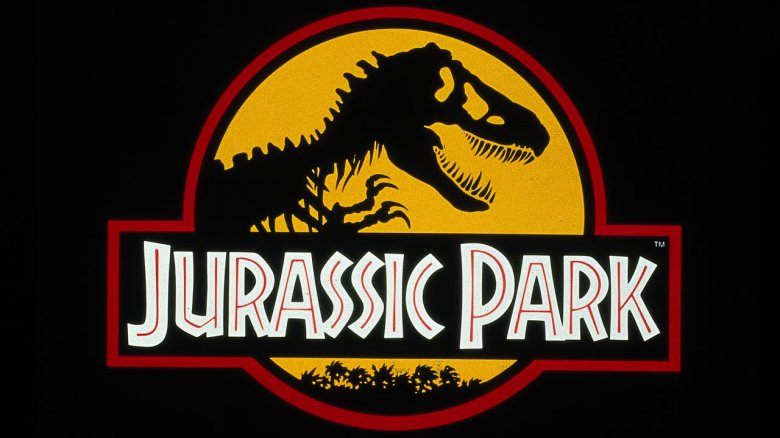 July is a slow month for movies on Netflix, but there’s no need to despair. For one thing, that gives you more time to binge the new seasons of brilliant shows like “GLOW” and “Dear White People.” For another, what the streaming giant’s latest crop of films lacks in quantity, it more than makes up for in “Jurassic Park.” Just when it seemed like “The Last Jedi” might be the biggest blockbuster added to the service this year, Steven Spielberg dropped by with a spectacle 65 million years in the making (and two unsatisfying sequels that suffered the consequences of a much shorter production schedule).

And if dinosaurs aren’t your thing, Netflix is also serving up a handful of breakthrough performances from some of today’s most beloved actresses, and a movie that famously convinced a major Hollywood studio to bet the farm on Ben Affleck.

Here are the seven best movies that are being added to Netflix this month.

First things first: “Jurassic Park III” is a mediocre summer movie with almost zero reason to exist, even if it starts to look a little better with each one of the new “Jurassic World” sequels. Or a lot better. Like, so much better that, by the time Colin Trevorrow is done finishing his trilogy, “Jurassic Park III” is going to feel like it belongs in the Criterion Collection. But while it may be the most forgettable installment of its franchise (and the lowest-grossing, to boot), Joe Johnston’s lean and rusty thrill machine contains the single greatest dinosaur-related moment in the history of cinema.

After years of watching it over and over on YouTube, William H. Macy and Téa Leoni can finally help you put it in its proper context. That’s reason enough to celebrate the film’s addition to Netflix.

It might be surprising that “Happy Gilmore” has aged better than any of the other comedies that Adam Sandler made in the mid-’90s, but there’s something fundamentally timeless about watching a grown man-child in a Bruins jersey whack a golfball with a hockey stick. What’s not to love about this profoundly stupid movie?

It’s got Adam Sandler perfecting his “whisper-scream” shtick in a sports story that masters the blue-collar underdog vs. posh asshole villain dynamic better than almost any other film before or since (Shooter McGavin belongs on any list of the best movie bad guys). It’s got Carl Weathers getting his hand chewed off by an alligator. It’s got the Bob Barker cameo that, to the retired gameshow host’s great chagrin, will probably be in the second line of his obituary if he ever dies. Best of all, it’s got a complete absence of Rob Schneider.

In the wake of “Live by Night,” “Batman v Superman,” and that infamous back tattoo, it can be easy to remember that — just a few short years ago — Ben Affleck was being groomed by WB as their next Clint Eastwood. “Gone Baby Gone” was the movie that sold the studio on Affleck’s potential as a solid actor-director with room to grow, and revisiting this bitter (and very Boston) neo-noir certainly helps to explain what they saw in him.

Adapted from the Dennis Lehane novel the same name, and starring Casey Affleck as a mealymouthed private investigator who gets in way over his head, “Gone Baby Gone” is engagingly grim from the start, and only grows more compelling as it downshifts away from crime and towards moral drama. Amy Ryan’s career-best performance as a drug mule who loses her daughter is still a wonder, and the film’s devastating final moments seem to hit a little bit harder every time you see them. It works because Affleck — the one behind the camera — doesn’t get in the way of a solid genre story. He captures every scene with grit and intelligence; he sees these tragic characters more clearly than he may be able to see himself.

The best of the many breakthrough performances that define Netflix’s latest crop, Carey Mulligan is so vibrant as the young heroine of Lone Scherfig’s “An Education” that she allows this old-fashioned coming-of-age drama to completely transcend the trappings of its genre. Mulligan delivers a raw, bright-eyed turn as a teenage schoolgirl who’s in a hurry to grow up, and it’s easy to appreciate why her work set the actress on a path towards stardom. Her Jenny Mellor is a perfect foil for Scherfig’s classic rendering of the ’60s London — few movies have better captured the friction of coming into yourself in a world that seems to be set in its ways.

Princess of Genovia! Forever to be remembered as the event that formally introduced the world to Anne Hathaway, “The Princess Diaries” is the kind of movie they don’t really make anymore: Smart, sincere, live-action family entertainment that features Mandy Moore as the villain (and a shaggy Coppola as the love interest).

A pre-9/11 film if ever there was one, “The Princess Diaries” is a mall-era fairy tale that whisks us back to a magical time when Ross and Rachel were still figuring things out, and Phantom Planet was about to become every tween’s favorite band. Hathaway tries her damnedest to play a dorky high school kid, Heather Matarazzo steals the show as her sensitive best friend, and Julie Andrews delivers an impossible degree of grace as the royal grandmother who turns everyone’s lives upside down.

It all makes for the only other Garry Marshall movie that can match the charm factor of “Pretty Woman,” and an argument could be made that Héctor Elizondo — and a makeover montage for the ages — put this one over the top. Regardless, the sooner you accept the brilliance of “The Princess Diaries,” the sooner you can make peace with the fact that there will inevitably be a sequel called “The Queen Diaries” within our lifetimes.

When “Her” came out in 2013, Spoke Jonze’s whimsical and lightly Vonnegut-esque romance about a man who falls in love with his phone (or its operating system, to be specific) felt like it was set in the world of tomorrow. Technology had advanced enough that audiences could relate to a guy who was seduced by his Siri, and hipster grooming habits had regressed enough that Brooklyn audiences could relate to Joaquin Phoenix’s mustache. The film is set around 2030, but it presented a future that ticket-buyers could see for themselves if they squinted.

Streaming the movie today, almost five years after it first hit theaters, the sci-fi premise is even less of a hurdle than ever. At a time when an Alexa is the first and last thing that many people talk to every day, the concept of “Her” doesn’t seem all that high anymore. While the movie has always been a bittersweet fable with a Hallmark-ready humanist streak, it’s much sadder now that it’s been stripped of its fantastical veneer. The closer the tech gets to being real, the less you focus on it — the less you focus on it, the more this film starts to play like a portrait of someone who lives in fear of being left behind by the people he loves. Humanity won’t become obsolete en masse. It will happen to us one at a time and in heartbreaking fashion, with Karen O warbling over the soundtrack.

Let’s not kid ourselves: The only real purpose of this blurb is to inform you that “Jurassic Park” is now streaming on Netflix. Like, it’s not as if anyone out there needs to be sold on this thing. No one is reading to the bottom of this list and going: “Wait, Steven Spielberg, at the height of his powers, made a massively influential and infinitely quotable movie about dinosaurs, featuring special effects that still haven’t been surpassed and a scene where Laura Dern digs through Triceratops poop? …Well, ‘Bright’ was next in my queue, but that IndieWire article did make ‘Jurassic Park’ sound kind of exciting…”

Listen, “Jurassic Park” is now streaming on Netflix. With the possible exception of “Titanic,” it’s the single best and most durable blockbuster of the 1990s. It’s a cautionary tale about technology that refuses to compromise on its values. It’s a spectacle that intrinsically understands how to wield awe and wonder in a way that younger audiences weaned on CG have never seen in theaters. It’s the movie your favorite Jeff Goldblum gif comes from. It’s everything. Hold on to your butts.